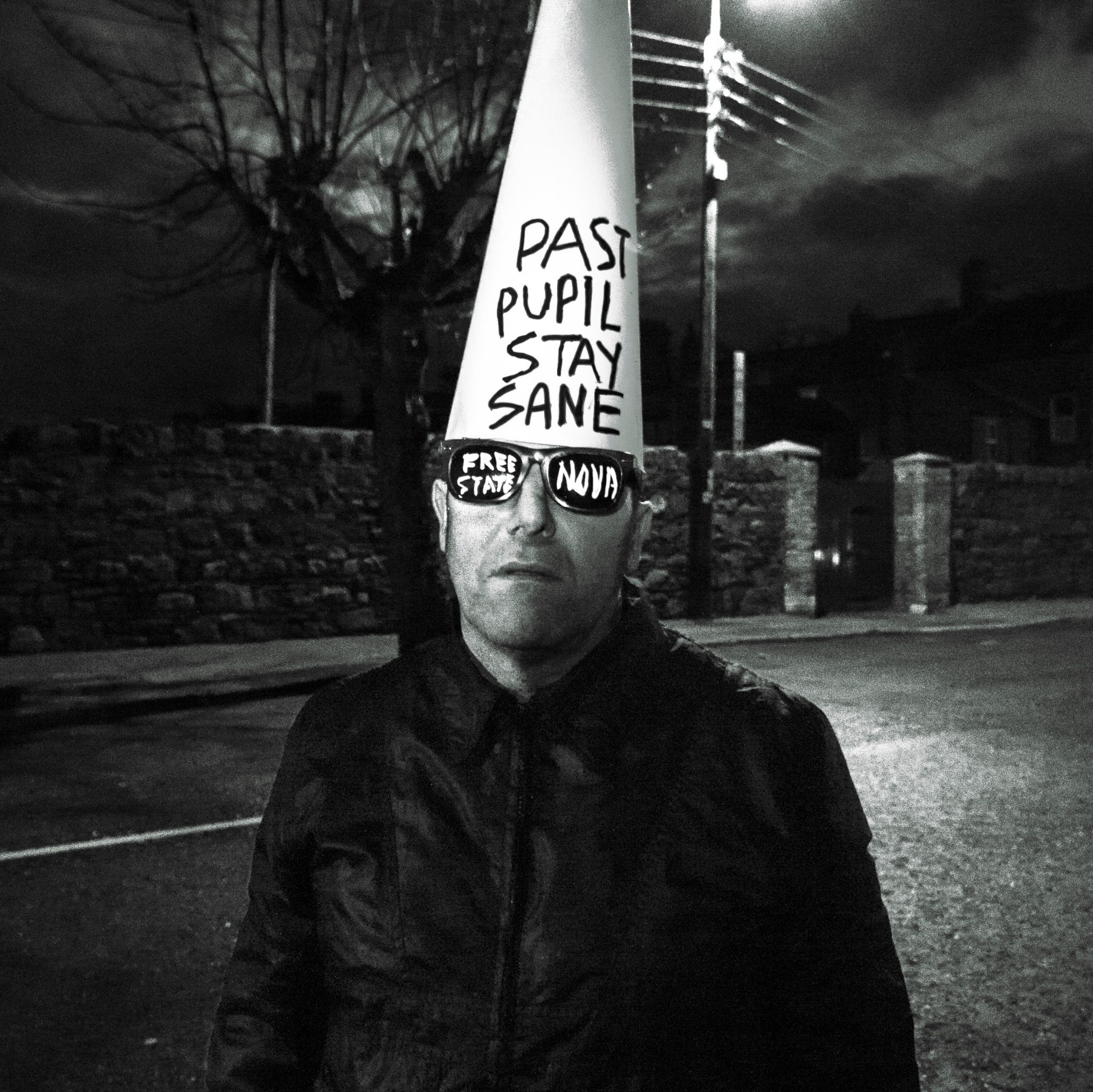 There aren’t many musicians like Jinx Lennon. A musician, poet, punk, rouser and outlier, the Dundalk man sticks out from the crowd with strong opinions and a music sensibility that knows few limits other than what he has to hand, sampler, guitar, keyboard, voice, whatever.

On Friday, Jinx will release two albums on one day – Magic Bullets Of Madness To Uplift The Grief Magnets and Past Pupil Stay Sane, both on Septic Tiger Records and from Bandcamp on Friday.

The two albums were recorded separately. Past Pupil Stay Sane was finished in February with support from vocalist Sophie Coyle and producer/engineer Marc Aubele) while Magic Bullets Of Madness To Uplift The Grief Magnets is shorter at 35 minutes and features Clinic’s Ade Blackburn and Jonathan Hartley, who Jinx collaborated with in 2014.

The former features songs in a his live set like ‘70000 New Jobs’, ‘Learn How To Talk To Girls’, ‘God Is My Guitar’, and the latter features like ’10 O’Clock T Break Bollix’ and takes in small town reality, corporate corruption, mental health, personal growth, unemployment, social issues all corralled with a sense of humorous disbelief.

“The records walk so far away from the middle of the road that they’re in a field of their own,” as the press release says.

Two albums is a lot in one go, so start with his new video ‘Bonus Ball’ by Bryan Quinn and animated by Shirani Bolle:

Jinx would be the first person to admit his music isn’t for everyone.

“It isn’t something you’d put on during dinner parties, but it’s something I need to say about things going on in the world that I’m not happy about. It’s dark, yes, but it’s injected with enough soul that it’s uplifting for people – and it has humour, too, which is the spoonful of sugar.”