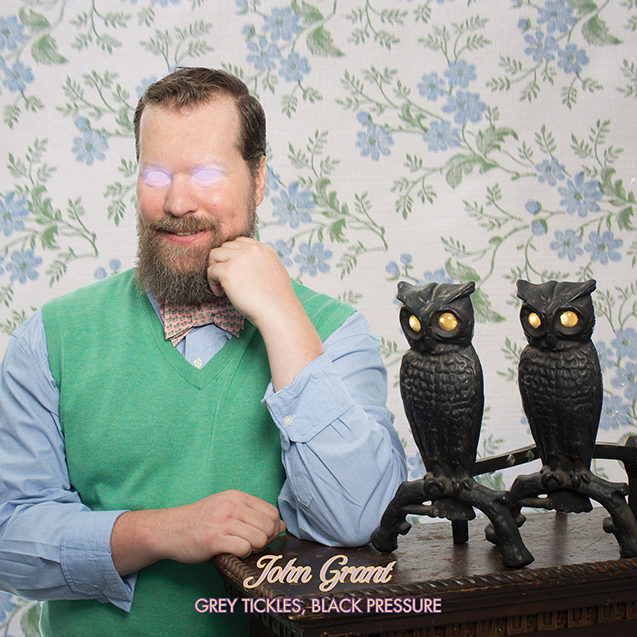 The press releases references synthesizer merchants John Carpenter and Bernard ‘Black Devil Disco Club’ Fevre and suggests the album will be a mix of Grant’s electronic pop side and his ballad side. Guests include Tracey Thorn, Amanda Palmer and Banshees’ drummer Budgie.

The album was recorded in Dallas with producer John Congleton (St Vincent). “I wanted to get moodier and angrier on this record, but I probably had a lot more fun making it,” says Grant.

“‘Grey tickles’ is the literal translation from Icelandic for ‘mid-life crisis’, while ‘black pressure’ is the direct translation from Turkish for ‘nightmare’,” Grant who now lives in Iceland and is fluent in German, Russian and now, Icelandic.