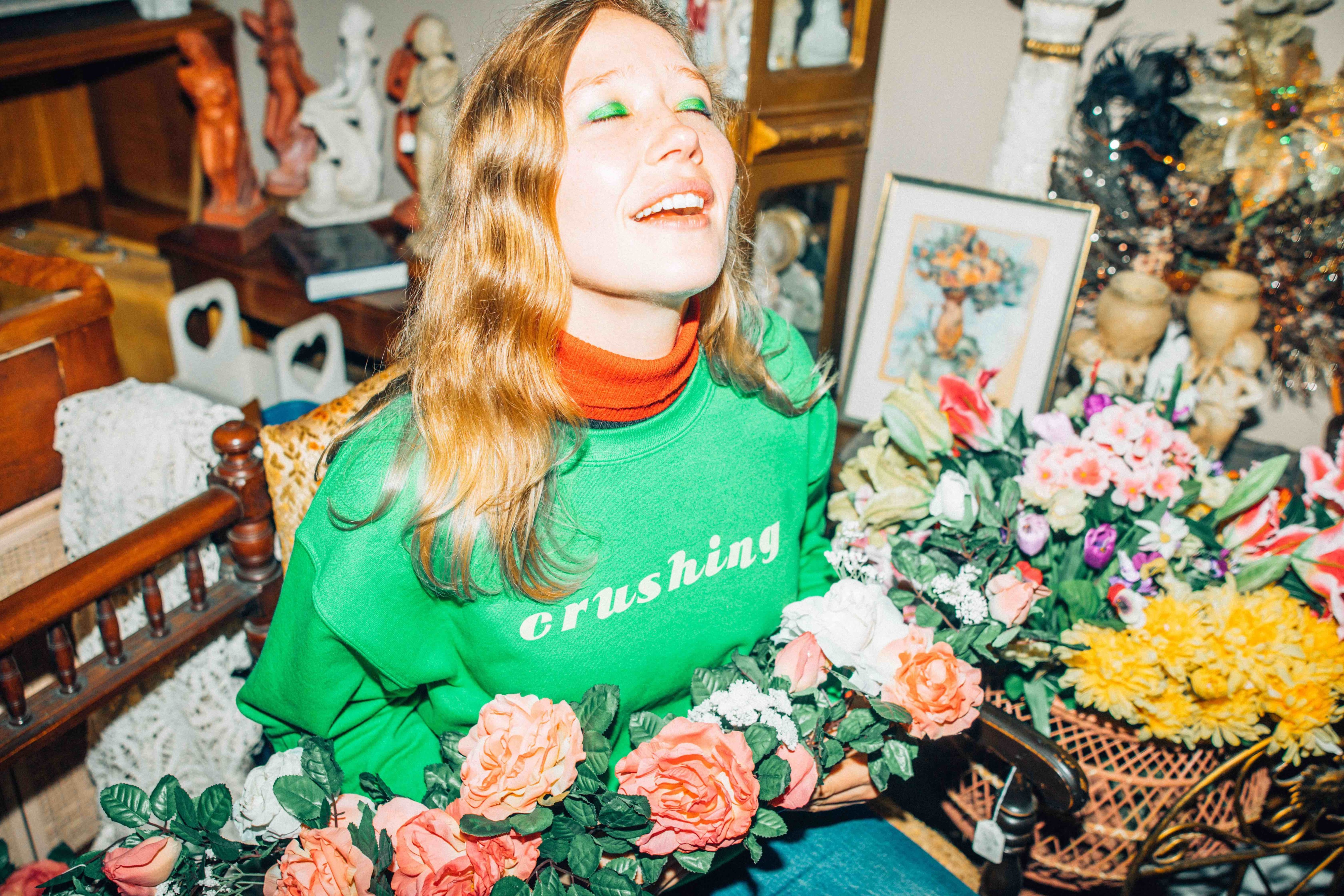 There’s a weight to the narrative of Crushing, the second record from Australia’s Julia Jacklin, like a supportive hand resting on your chest in a moment of need. Over ten songs, a narrative tapestry unfolds centred around the disintegration of a relationship, and the process of recognising oneself as a whole again.

This is not a break-up album, but an album which explores the complexities of putting oneself back together again, becoming whole once more in a flurry of loneliness and self-discovery.

There is, from the off, an exploration of bodies, and their role in romantic partnerships.

Jacklin wonders on the album’s opener if her former lover still has the intimate photograph of her taken when she was 23. If reclaiming the picture – a still life in a past moment, a body different to her own now – would reconcile her fragmentation is unclear. What is clear is Jacklin’s openness to self-reflection, she is willing to ‘put in the work’, as therapy-goers will recognise.

Advice given to the heartbroken is dismantled on ‘Pressure To Party’, one of the heavier sonic moments of the record. Rolling fuzzy guitar-lines underly her musings on learning to live alone, to love again, to spend time on her relationships with friends. All good advice, but we’re reminded of the problems of handing over agency (however well-meaning), over your own heartbreak – sometimes you just need to be sad.

Her voice guides us like a trustworthy older sister, an experienced confidant for whom navigating heartbreak is an expertise.

Adding humour to the devastation is essential. Listening to your ex-partners favourite band for the first time on the night of the break up is the most subtle of fuck-yous, playfully recounted on ‘You Were Right’.

The familiar archetype of the man who craves the ability to educate, to impart wisdom beyond the realms of her own experience, is condemned on ‘Convention’.

Within the current conversation of male industry gatekeepers, how can we not recognise the man who ‘buys the paper but reads between the lines’? The audacity of the assumption that Jacklin requires bettering comes off as plainly funny within the context of such considered songwriting, with ‘Convention’ serving as a necessary safety-net to women victim to presumptive undermining by men.

Jacklin’s stoic approach to her own actualisation runs throughout, weaved with moments of devastating vulnerability. ‘When The Family Flies In’ captures brilliantly the delicate interim between asking for help and receiving it. The weight of reaching out, admitting that you’re not doing so well right now, crashes down, and the gravity of her situation is brought to light. The albums closer, ‘Comfort’, is a portrait of delicate sorrow, heart rendering in its simplicity. Love lingers as the realisation becomes clear that she is a healer only to herself, an act not transferable to the familiar other.

Crushing is a nuanced exploration of everything contained within the word. The beginning, middle, end, and coda of love’s effects. What is most accomplished here is Jacklin’s distinct perspective on growth, on taking what you need from the mantras and goodwill of others, and relying on yourself to put the rest of the pieces back together again. Delivered with unrelenting poise and musical prowess, Crushing is a truly considered exploration of heartbreak and reform.

Premiere: Sam Wickens finds solace in the honesty of ‘Falling’