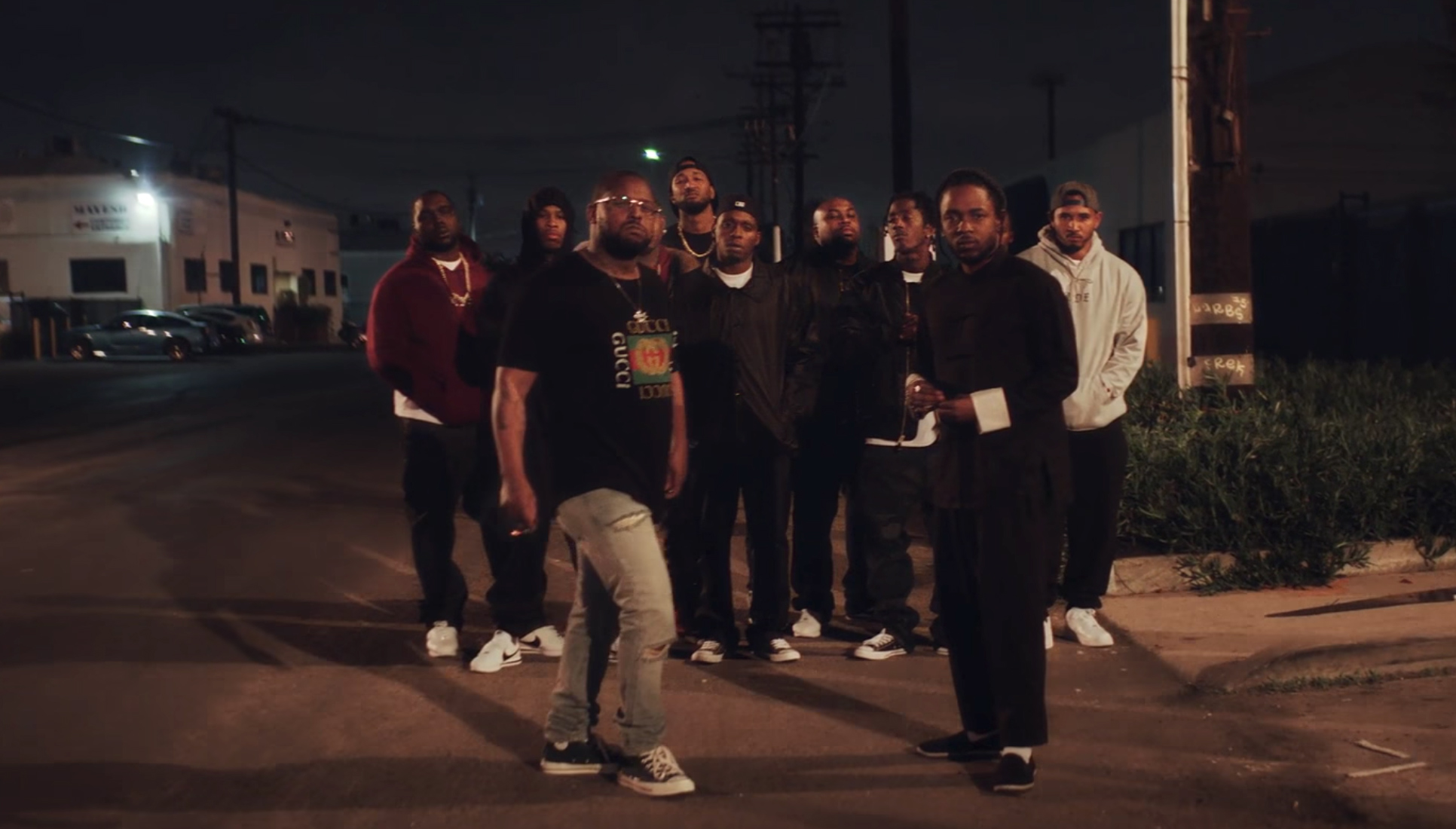 On Friday, Kendrick Lamar dropped his brilliant new album DAMN. On Sunday, King Kenny slayed his Coachella performance. As rumoured there was no second album following the Jesus is risen narrative, but that’s perfectly fine, there’s a lot to unpack with DAMN. as is.

‘DNA’, the album’s most intense cut which is framed by a Fox News anchor Geraldo Riveria reacting to his performance at the BET Awards in 2015, which also appears in the song in the form of the Geraldo sample – “This is why I say that hip-hop has done more damage to young African Americans than racism in recent years.”

‘DNA’ is a response to that idea. “I know murder, conviction / Burners, boosters, burglars, ballers, dead, redemption / Scholars, fathers dead with kids / And I wish I was fed forgiveness.”

In the video by Nabil & the little homies and for the song, Don Cheadle represents authority and society as the pair trade bars of the song with Kendrick in handcuffs (and the same Coachella outfit). DNA stands for ‘Dead N***a Association’ in the video.

Sligo rap trio This Side Up drop ‘Billy No Mates’ video