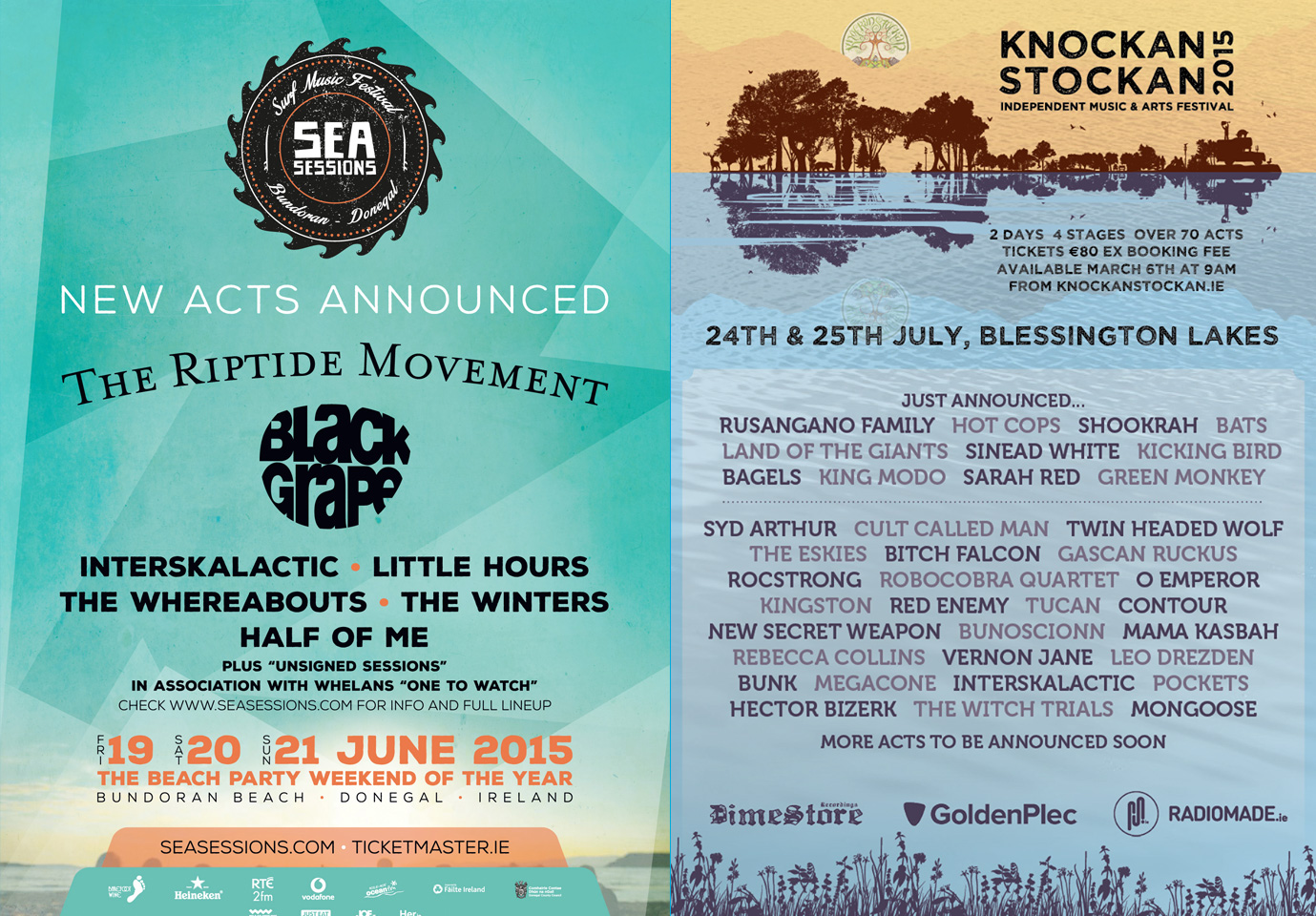 Today, two Irish festivals have added to their lineups.

The Riptide Movement, Black Grape, Interskalactic, Little Hours, The Whereabouts, The Winters and Half Of Me.

KnockanStockan Festival happens at Blessington Lake on July 24th and 25th this year and they’ve added:


Tickets are priced from €80 and here’s who’ve they’ve previously announced.