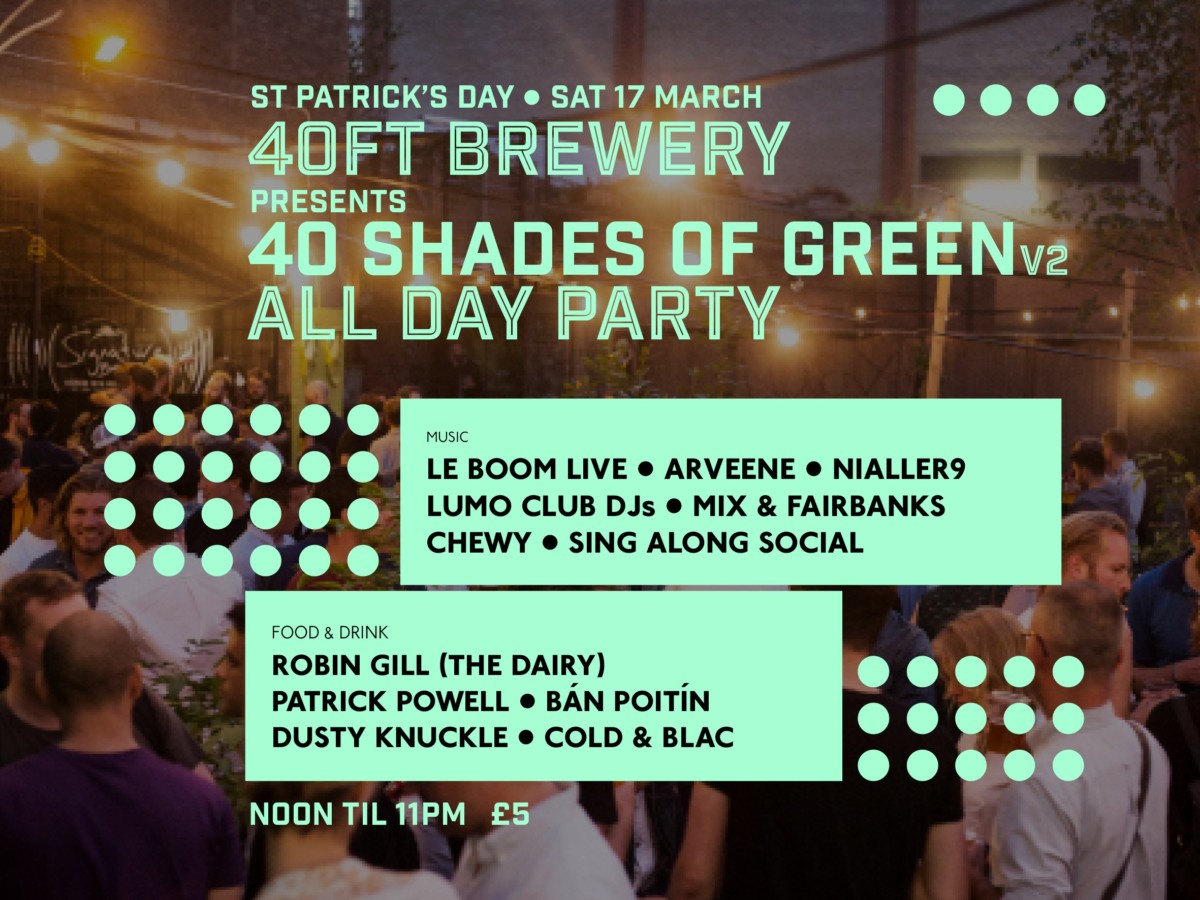 On Patrick’s Day in London, a host of Irish music acts and DJs are heading to the 40Ft Brewery in Dalston for 40 Shades Of Green, “a celebration of Modern Irish culture in London” from noon.

There will be live music, DJs, food and drink and Ireland are playing England in the Rugby too.

Sound London-based Irish DJ Arveene and Nialler9 have put together a lineup of music and more featuring:

Food by two of London’s finest culinary ninjas return aka Robin Gill (The Dairy)  & Patrick Powell (Former head chef at Chiltern Fire House). Expect a modern twist on Irish Stew and some serious fire pit beef action. They both sold out last year so get down early to avoid disappointment.

Cocktails by Dublin pop up, BAR 1661. Led by Dave Mulligan and his Bán Poitín brand, they’ll be shaking up drinks based on Ireland’s underground spirit, Poitín (potcheen). Expect boozy numbers such as ‘McGregor’s Punch’, ‘Belfast Coffee’s’ and “Shamrock Shakes” all prepared by some of Ireland’s finest bartenders.

And of course, 40FT Brewery’s own stouts, beers and special brews.

Plus, England play Ireland in the Rugby that day so we’ll be showing that too. 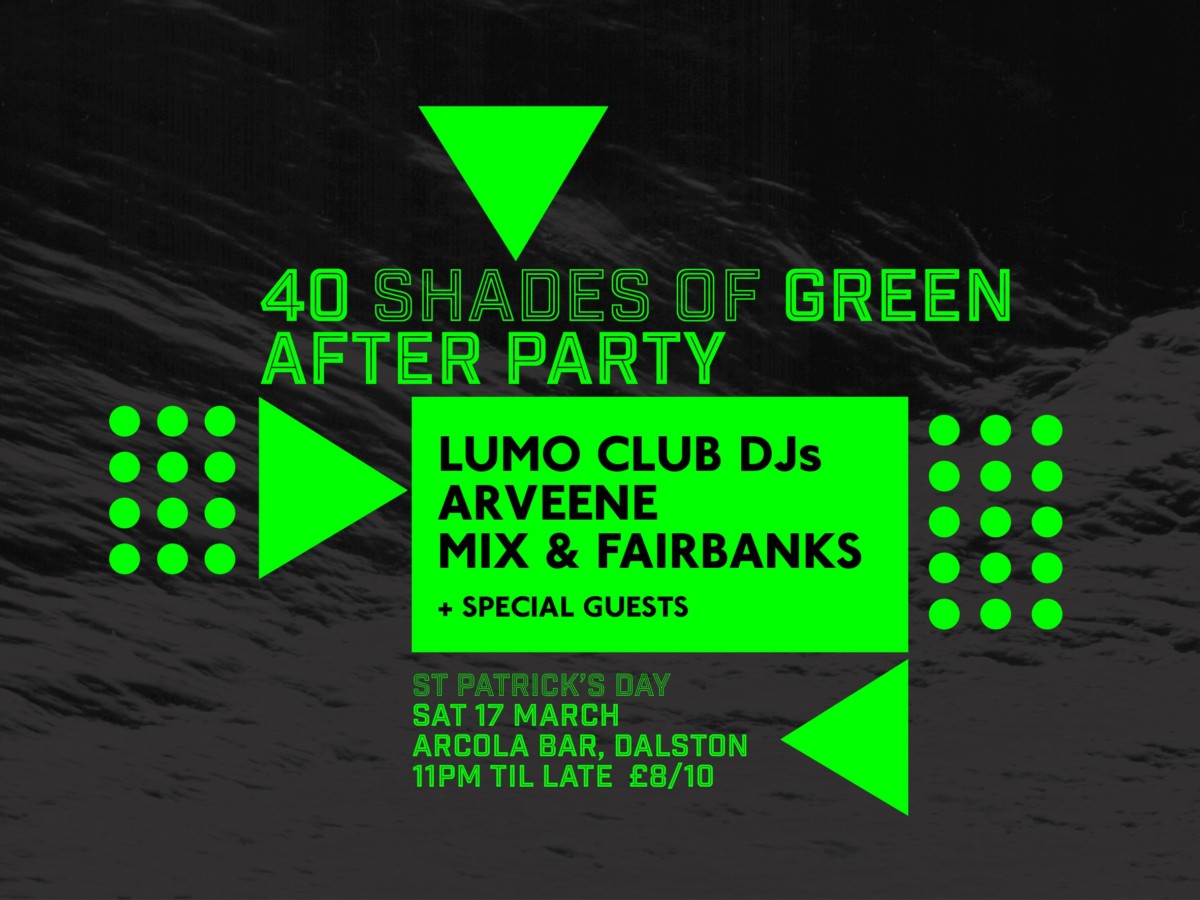 There is an afterparty too in Arcola Bar around the corner til the wee hours with DJ sets from Mix & Fairbanks, Arveene and Lumo Club.
Time : 11pm – 3am
Entry : £8/10 from Eventbrite.

The xx announced for two Dublin shows & a Belfast show