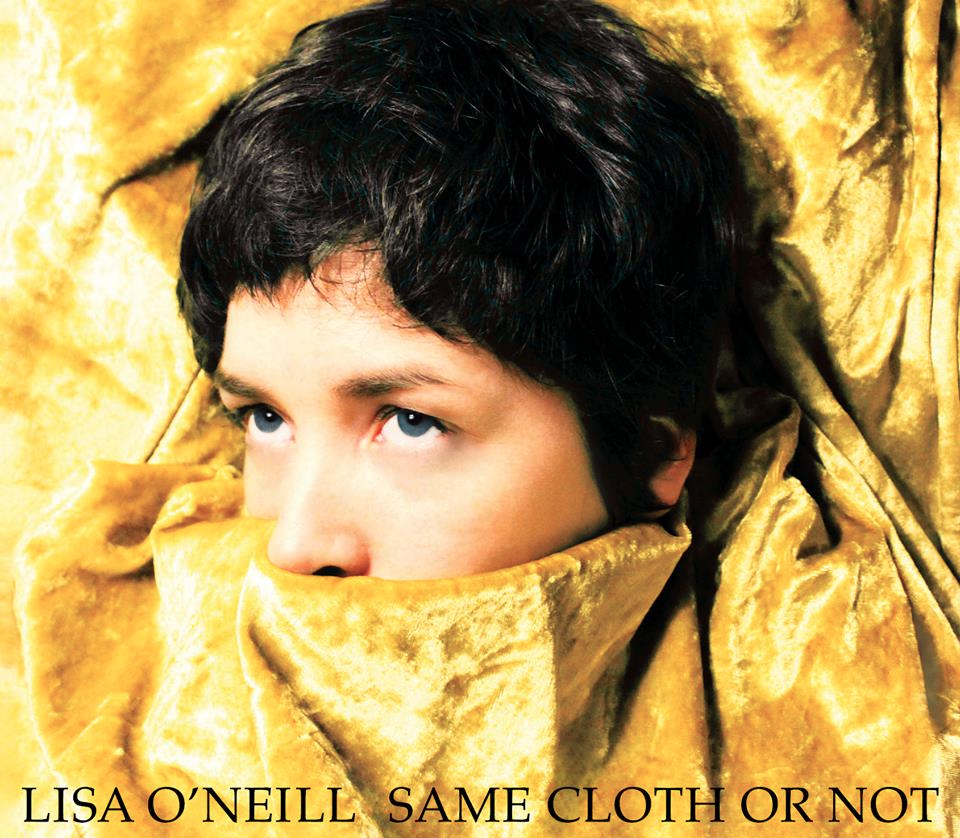 
Listen to songs from Lisa O’Neill’s 2009 debut long player Has an Album and you can hear just how far the singer-songwriter has come on second album Same Cloth Not. The first album was characterised by whimsical cute folk songs conveyed by an idiosyncratic voice that was an acquired taste, the type of voice like Angel Olsen or Joanna Newsom which provokes an immediate response.

Same Cloth Not is a much more mature album, from a person who is now a better songwriter. The Cavan musician sings with a greater conviction and authority this time around. Her voice is softer, gentler, more controlled and commanding.

To be a good songwriter is to be a good storyteller. What was present on Has an Album, a way with lyrics, a cheeky disposition, a unique voice and a genuine storytelling spirit is very much alive here too; just better distilled.

On ‘No Train To Cavan’, O’Neill paints a picture of a rural town on the border through its past and through its present. Nostalgic tales of cross-border smuggling including a happy-go-lucky man with a wheelbarrow who claims to be smuggling wheelbarrows are juxtaposed with the present place – there’s no train to this isolated town these days.

‘Apiana’ gives an anthropomorphic quality to a self-accompanying 100 year-old piano: “many secrets tumble down with me”, “I am not shelf, I think for myself / I need to be played to stay alive.”

There’s a delightful colloquialism in her voice. It can be heard with a guttural gusto on ‘Coward’s Corner’ – “sing for your supper, much more than bread and butter now,” the soft pronunciation on ‘Neille’s Song’, the way she calls herself “a slip of a girl” on the title track or on ‘England Has My Man’ when she sings “I’m feeling bold with ideas of us,” you can also hear the “bould” coming out in her voice.

The album was recorded in a rented cottage in Wicklow with David Kitt on production and Karl Odlum engineering along with Lisa’s band Stina Sandstrom on vocals and Mossy Nolan on bouzouki.

There’s an understated touch to the instrumentation throughout and there’s real beauty in the strings and guitar of ‘Cowards Corner’, the elevated outro of ‘Come Sit Sing’, the meandering tinkle of the sweet love song ‘Speed Boat’ or the trad-leaning ‘Same Cloth Or Not’. Even when songs build like on the beautiful ‘Come Sit Sing’, there’s a gentle lumber to proceedings despite the meleé rising.

O’Neill is rightly the focus on Same Cloth Or Not. The last two songs on the record leave a lasting impression. ‘Darkest Winter’ with its beautiful almost-yodel melody and lines like “so if you’re coming baby, you’re cutting it fine,” are followed by the album’s last track ‘Dreaming’, an affecting culmination of an album from a singer-songwriter who has really found her voice and a way to naturally convey her distinct personality.