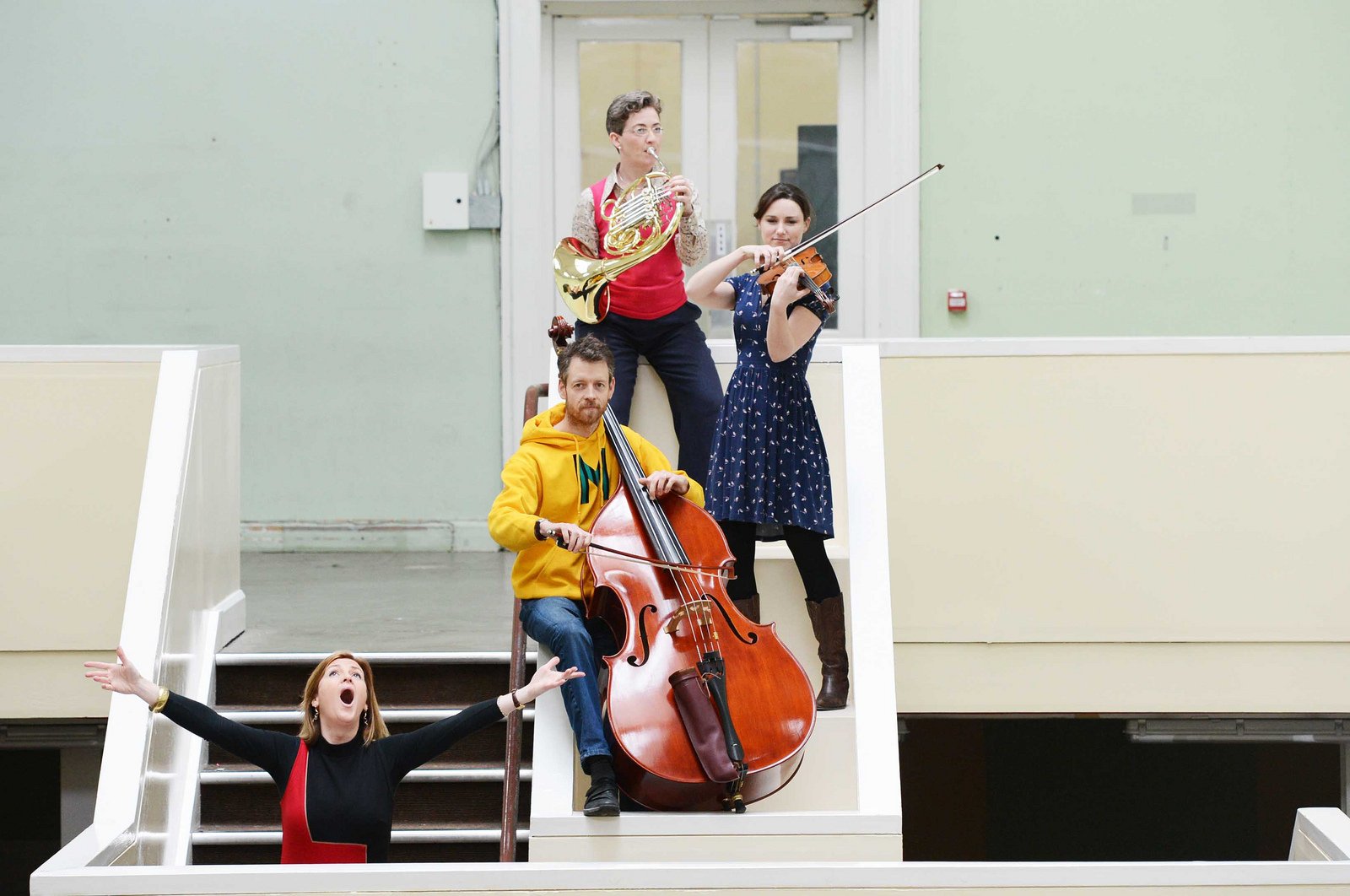 Update 2: Music Network have issued a statement in response to below.

Update: Please read the following post understanding that my intentions here are to highlight that Music Network’s Recording Scheme’s process in selecting applicants leaves a lot to be desired and this post is not an attack on the competency and abilities of the judges, despite best intentions or questionable decisions. From my perspective and of others, the process looks biased and weighted towards awarding those in the field of contemporary and classical music, not “all genres” as its materials suggest and Music Network could make some simple changes as below to be more inclusive and transparent. Ultimately, this is about perception and it doesn’t look good.

Music Network announced the results of their Arts Council Music Recording Scheme for 2013 today. A total of €71,500 was awarded to musicians to fund recordings and the press release sent out defines those applicants, broadly, as: 25 classical/contemporary classical; 9 rock/pop; 5 singer songwriter/folk; 15 jazz/improvised; 12 cross-over/other.

It goes on to say that the total amount sought by applicants to this round of the scheme was €490,254.88 and “given the limitations of the fund available, the panel chose to allocate a total of €71,500 to 9 applicants.” The scheme has been running since 2006 and has given away €572,000 in grants since then. Here are its guidelines.

I thought it was worth mentioning here as has seemed to me over the years, classical and contemporary composers/musicians are often better at looking for these funds and grants than others. A lot of musicians in the fields of pop, rock, indie, electronic or niche genres aren’t even aware that such grants exist (there’s a separate Arts Council Grant taking applications for individuals now until January for example). But then some interesting facts arose as detailed below and a post with the intention of letting people know a scheme exists and can be applied for, now highlights how such a grant has a strong bias towards certain genres and a panel with a big conflict of interest.

Music Network says the scheme is:

The Arts Council Music Recording Scheme provides support for performers and composers working primarily in non-commercial genres through awarding funding for music recording. The aim of this scheme is to ensure that the work of Irish composers and performers is available other than in live performance, and to ensure that important or neglected materials of Irish music are preserved and disseminated to the highest professional standard. The scheme is open to musicians and ensembles of all genres that are of Irish nationality or resident in Ireland.

What is clear: The Music Network’s Recording Scheme:

a) features a small panel taken only from representatives of the contemporary / classical world.

b) features a panel member who directly linked to 3 or the 9 successful applicants.

This year’s panel was overwhelmingly drawn from the contemporary and classical world. There is no representation beyond those fields as defined in the panel above. It’s disappointing that the scheme encourages pop/rock/etc to enter  in its materials but doesn’t have a representative from any of those fields on the panel. Four people is too small a number to really represent “all genres” as described above,  particularly when this year’s panel overwhelming weighted towards contemporary and classical and the winners below reflect that this year.

While not all pop, rock, electronic, soul, dance music is “non-commercial” in nature, the panel should reflect the grant’s potential which it didn’t this year.

So as detailed below, Crash Ensemble were awarded money from the scheme, and their co-artistic director Kate Ellis was on the panel? So a panel member directly benefits from the grant? Not only that, she’s listed three times in total for her involvement in Yurodny Ensemble and with Judith Ring as well as Crash. So Ellis is involved in three of the nine successful applicants? WHAT? That is very poor decision making by Music Network and whoever else is in charge to let this happen. In fact, that’s downright craaaaaaazy. A brazen conflict of interest. The fact that they don’t see a problem with that, or felt the need to highlight it, without my prompting, is very disheartening.

So is there scope there for artists and bands not in the fields of contemporary and classical to apply and be successful in future? Not if Music Network’s Recording Scheme doesn’t address its blatant bias in its panel or scope.

Here is a response from Sharon Rollston, CEO of Music Network and 2013 panel member:

Q. It’s somewhat disappointing that the scheme encourages pop/rock/etc to enter but doesn’t have a representative from any of those fields on the panel. It’s overwhelming weighted towards contemporary and classical. Would you to care comment on this?

Rollston – “The panel composition rotates every year because it’s not possible within a panel of four to represent every genre. We aim to select people with the broadest possible musical knowledge for the panel, in order to select the best applicants, regardless of genre. We have invited FMC onto the panel for the last number of years, but it clashes with SXSW, so we had already agreed with the Arts Council to move the scheme deadline forward next year to accommodate FMC.”

Q. I’d also like to ask you why Kate Ellis a panel member, is involved in some capacity with 3 of the 9 successful applicants. Do you not see a significant conflict of interest here?

Rollston – “Where there is a conflict of interest, of course, the panel member states their interest and absents themselves from the room, as is the normal practice in adjudication panels.”

Do you not see by recruiting your panellists who are majorly defined by contemporary and classical by their jobs or endeavours, regardless of their broad knowledge, it makes the scheme looks biased towards contemporary or classical applicants as is born out by this year’s winners? Can you understand how it looks very discouraging to musicians or composers working in other genres?

Rollston – “Applicants are not assessed on genre, but on the quality of proposals.”

While it’s good that you invited FMC to the panel, they are not the only representatives that could have been asked. Why were alternative panel members to FMC not approached in that case?

Rollston – “FMC are the resource organisation for the indie music sector and we are and have been in discussion with them on how to work together.”

Why is the panel only limited to four when, in your own words, ” it’s not possible within a panel of four to represent every genre?” Why not have a larger panel? Surely a greater variety in the panel will result in a greater variety in successful applicants? Surely, greater transparency is beneficial for all.

Rollston – “The panel is kept to four to keep the admin costs down so that there’s more money for the awardees.”

Also, Panellist Bernard Clarke has left a reply on Facebook about the process.

Having had lots of conversations in the last few days about all this, it seems the problem here is the culture around the adjudication of grants in Ireland. The general response I keep hearing back is “this is how everyone else does it” but that’s not a reasonable excuse. It is not acceptable to ask someone to be on a panel when there’s a the conflict of interest, even if they leave the room, just because this is how other people do it. Ireland is a small country and people know each other but still, there are better ways. A panel member shouldn’t benefit financially from the panel on the same year they sit on it. Music Network is ultimately responsible here.

William Dowdall was awarded €8,300 to record an album of music from the early 1740s, originally performed in Dublin Castle and its environs. The recording will include works by Castrucci and Tubourg, discovered through research in the National Library of Ireland, and will feature William Dowdall, flute, David Adams, harpsichord, Lisa Dowdall baroque viola, and Malachy Robinson, violone.

Ronan Guilfoyle was awarded €3,000 to record a series of his new compositions, exploring the interstices between composition and improvisation. The album will feature Dave Binney, saxophone, Chris Guilfoyle, guitar, Ronan Guilfoyle, bass and Tom Rainey, drums.

Jürgen Simpson was awarded €6,887 towards recording a feature length film score for the film “Maya” by director Mary Wycherley. Maya is the culmination of a 15 year live-performance dance project developed by choreographer Joan Davis, one of the earliest practitioners of contemporary dance in Ireland. Devoid of any dialogue, music will be central in Maya, acting as the “voice” of the film.

MØ announced for The Academy in March