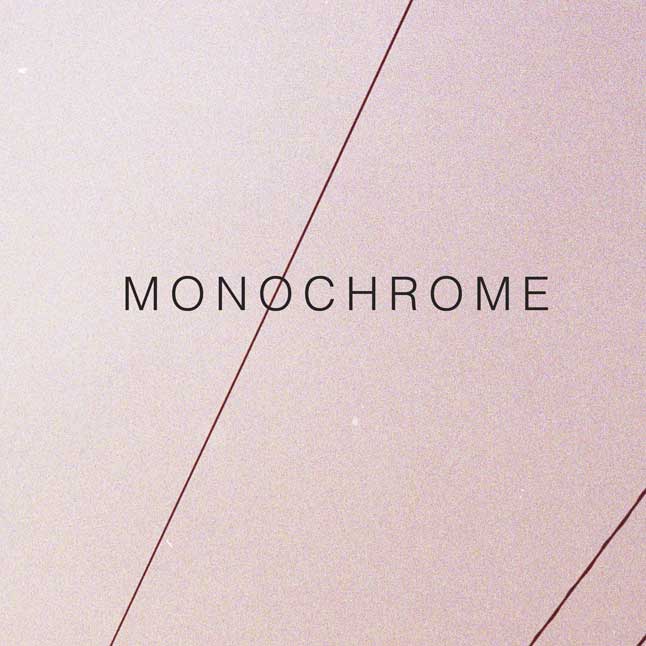 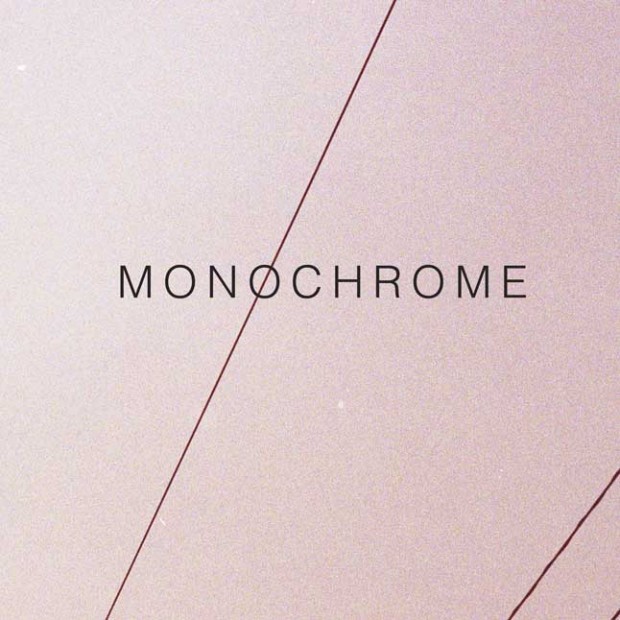 The appearance of not only a debut album stream from I Am The Cosmos last week but a full album download, took many, including myself, by surprise. Ross Turner has spent a few years tentatively exploring his own world of electronica in between drumming full-time in Lisa Hannigan’s band. His workrate was meticulous, his public output was cautious. You could tell the releasing of music to the world wasn’t a decision he took lightly. So it’s all the more surprising that Monochrome was released in the way it was.

Of course, if you’ve been following you know I Am The Cosmos is not a solo project but Turner and Cian Murphy together as a duo. What started as a nascent palette of bedroom electronica grew into something much more than an exploratory pursuit. With two people, the music became a living, breathing entity.

The idea for the band came from a single song. ‘Shinzo No Tobira’ by Mariah an early ’80s Japanese band ,Turner told Noisey last week. That song’s motorik bass and resigned gentle synths are the template for much of Monochrome. Maybe Turner and Murphy felt that collecting the album and giving it away for free was a way of tying the exercise together with a neat bow so they could move on to the next creative process. It’s a slight pity as Monochrome, though it might be a product of artifice, is at times, a brilliant record and thoroughly deserving of a physical release.

Seeped in analogue equipment, the nine tracks here explore a similar aesthetic pinpointed by the Mariah song: the influences range from ambient Brian Eno records to Italo disco to the moodier side of ’80s synth pop, “tears on the dancefloor” as Murphy called it. Turner doesn’t so much sing as sulk in reverb over eight of the album’s nine tracks which reins in the persistent ryhthm of the instrumentation and injects it with languid melanchola.

That moodiness is ably matched by some fine synth work, the kind that can only be made by real machines, not computers. “Any digital sounds we used were put through an amp in a room to put some air or breath around them,” Murphy told Vice. As such, there’s a enveloping warmth to the arrangements (aided by production by Solar Bears‘ Rian Trench).

After the four songs on the album that were previously released ( the awesomeness of ‘Lost Rhythm’, ‘Take What You Want’, ‘Yves Klein Blue’ and an updated version of ‘Dislocate’ were previously established), highlights include the bassline and synth match of ‘Look Me In The Eye’, the pulsating neon drive of the title track and possibly my favourite of the lot ‘Leaving/The Shift’, a track which the pair offer a clue where the project goes to next, where an ambient denouement leads to a hypnotic whirlwind of synth notes, electro rhythms and funk guitar.

For some, the track which sticks out like a sore thumb, the avant-garde leaning ‘Esque’ will be a highlight. The ultra-high falsetto vocals of Cloud Castle Lake’s Daniel McAuley will either impress or annoy you and unfortunately, I’d be in the latter camp. Though the track is not without merit and serves as a welcome attempt at breaking the palette of the album, I find the choir-boy falsetto, personally, a little grating. However, ‘Esque’ is a positive sign that there’s may be more for I Am The Cosmos to explore in future. Still, Monochrome shows that immersion into a limited palette can make for a high calibre album.