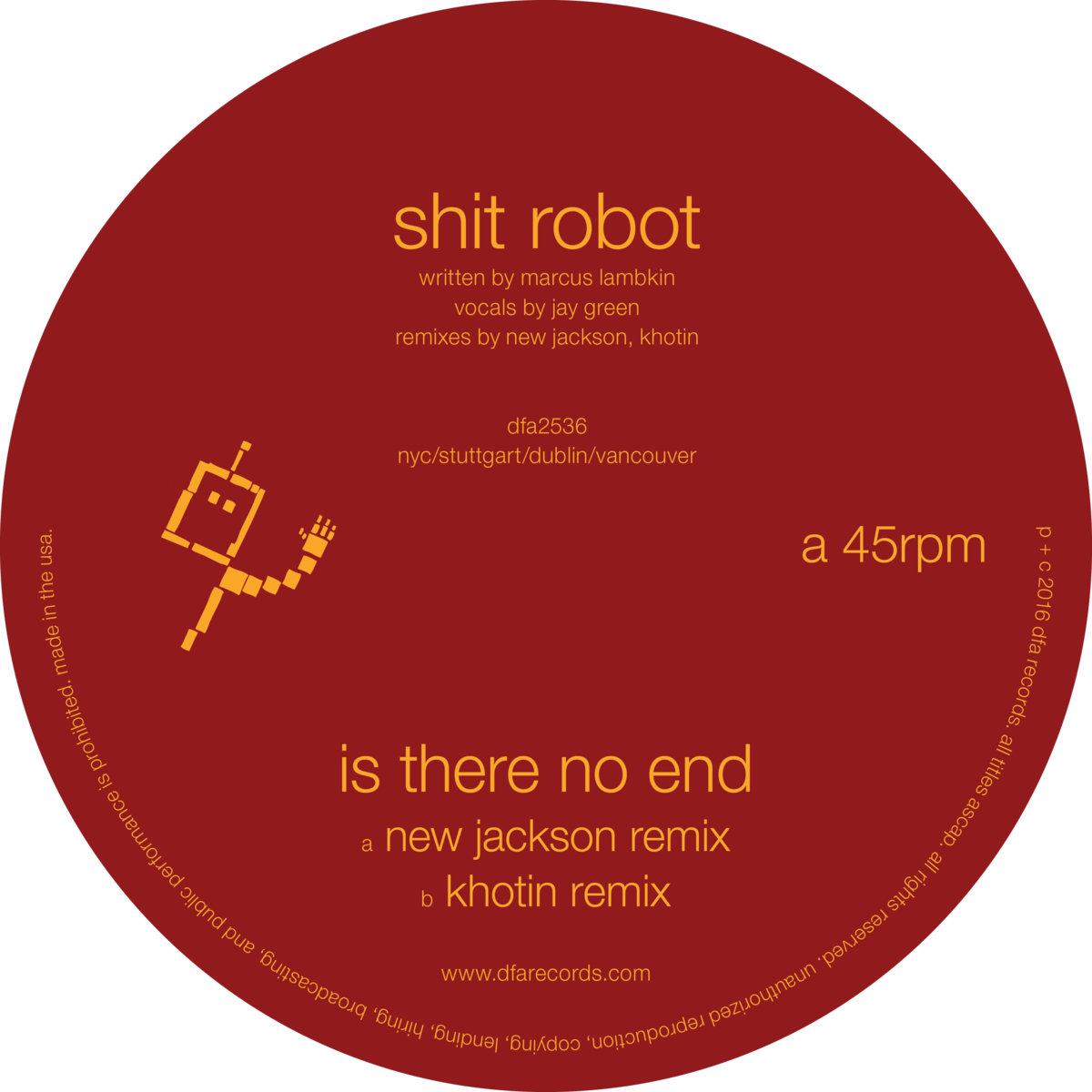 ‘Is There No End’, from Shit Robot’s newest album is a song that is narrated by Jayson Green ( singer of piunk bands Orchid and Panthers). in a stream-of-consciousness at the club who rambles to the party, isn’t let back into the club, leaves his jacket inside and drifts off into the ether.

New Jackson’s remix of the track, to be released alongside a remix by Khotin this Friday, takes a different tack.

His trademark waspy vocoder replaces the excited mumblings and the rhythm goes deeper, more of a comedown than a come-on lad.

Pre-order the remixes on digitally through Bandcamp. Out Friday.