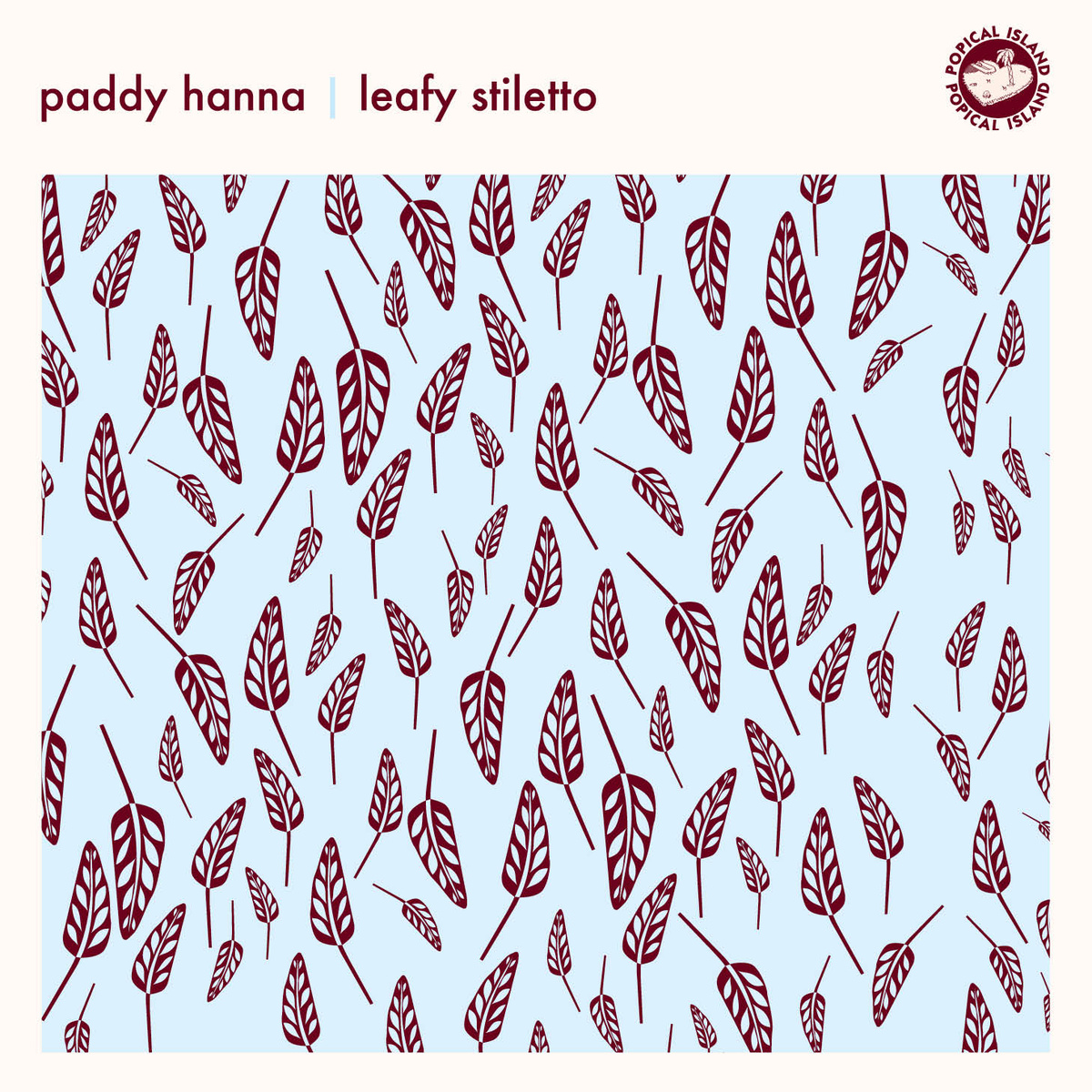 As noted previously, Paddy Hanna is the lead singer of Grand Pocket Orchestra, perhaps the defining “bockety-pop” band in the Popical Island label roster. Hanna’s vocal for GPO have tended to sound akin to a hyperactive child dispensing words excitedly and rapidly. That bright outcome has its charms but for his solo material on the debut album Leafy Stiletto, the mood is a much more adult one. Hanna sounds much more commanding and at home.

His voice is more relaxed and in a lower register in general (not much yelping) and there’s a fine use of his talking/singing voice throughout.  Recorded in three days with Mark Chester (Ginnels/GPO), the intention was to create an album of “considerable warmth” and it has been achieved with the help of close players Bobby Aherne (GPO/No Monster Club) and Enda Canavan (GPO).

The toys are kept in the pram with the arrangements that complement Hanna: simple indie guitar, bass drums and a bit of harmonica that prove to be very effective across the album’s 33-minute length. The album touches on American rock like early R.E.M. and Grandaddy while Hanna himself namechecks 1971’s Nilsson Schmilsson by Harry Nilsson and 1972’s Fresh by The Raspberries. While GPO was often a rainbow of cacophonous exuberant noise,  Leafy Stiletto bears fruit in its tuneful pleasing limitations.

Leafy Stiletto is out on January 25th through Popical Island on vinyl, tape and digitally (pre-order on Bandcamp). There’s a launch gig happening in the Grand Social the same night with support from Mumblin’ Deaf Ro and Knoxville Morning. Album artwork by Jill Redmond.