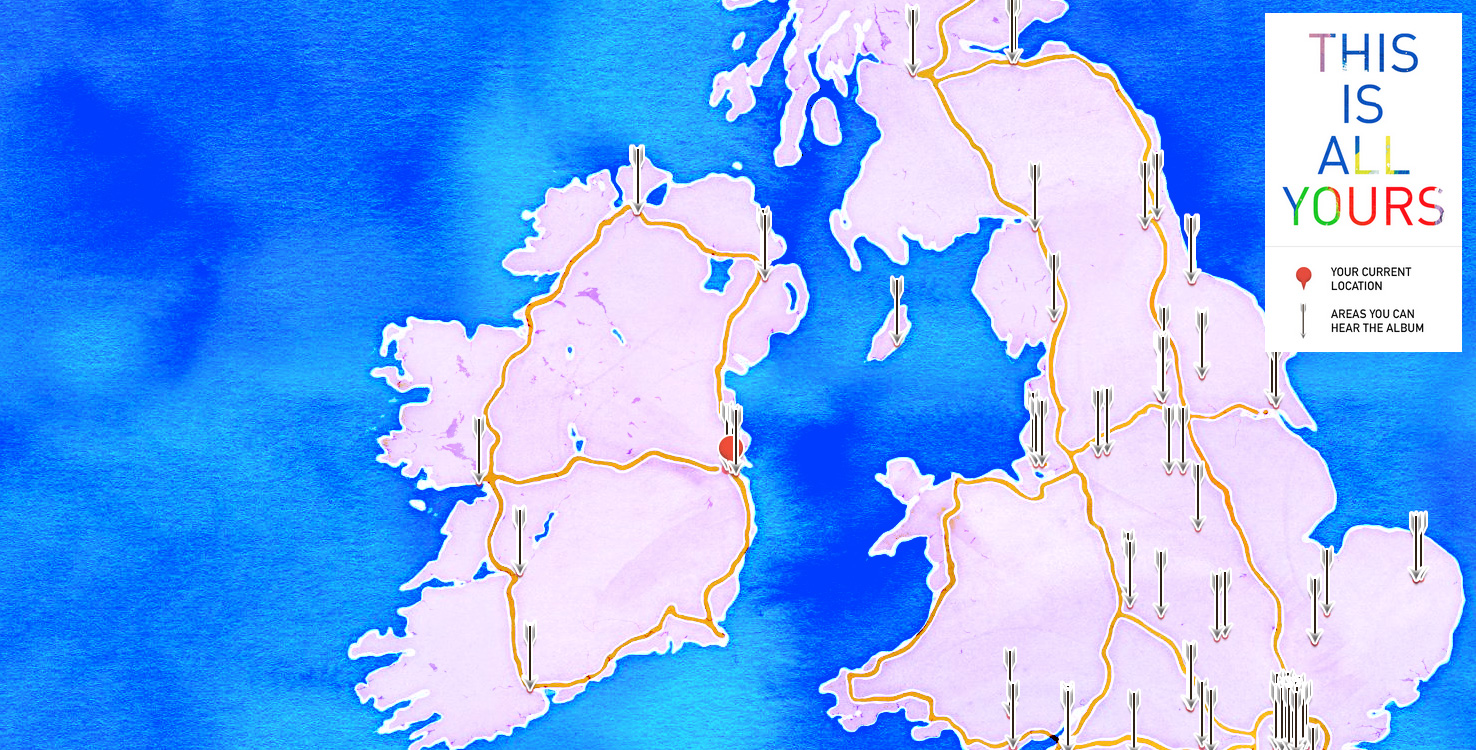 Alt-J are streaming their new album This Is All Yours through an app. But there’s a catch.

You can only listen to it if you’re in specific locations in the world, which looking at Dublin as an example seem to be the major parks – Stephen’s Green, Phoenix Park or Herbert Park.

Other Irish locations include a park beside a Lidl in Cork, and others in Limerick, Galway, Belfast and Derry. See the map here.

If you fancy doing that, you can get the app on iOs or Android. It is a nice day for it after all.