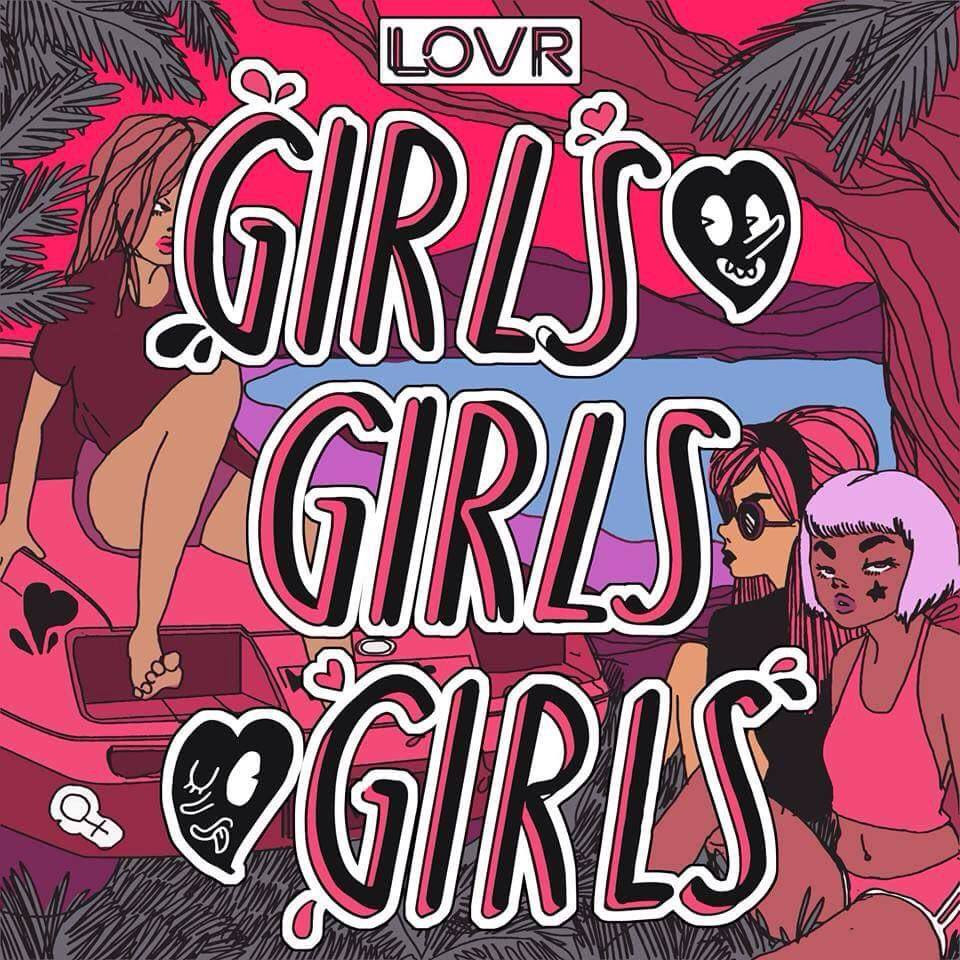 Watch the Music For 18 Machines mini-documentary

Brendan McGlynn is the former singer of Color//Sound and the current guitarist of the Raglans.

As Lovr, his solo project, McGlynn has a series of four EPs coming out over the next year, recorded in home studios.

Girls Girls Girls is the first of the EP releases and the first track ‘Ode To The Women Of My Life’ is taken his personal life head on chronicling and addressing every girl he’s ever been with.

The EP’s “slow jam” ‘I Want You To Stay’ is the first single officially, and it’s a languid eighties track “about loss and an inability to accept the inevitable. I felt the words ‘I want you to stay’ where so bare and almost desperate, i wanted the production to represent that too.”

Mcgylnn says the Lovr project is the anthesis in ambition of the bands he is involved with.

“I was so sick of trying to adhere to a writing and production style that was always geared toward commercial success. I made this first EP the way I did because I didn’t want it to sound perfect, I just made the music I liked and made it the way i wanted to.”

“It was also a product of being complete broke and having no money at all. I recorded some of the demos with no microphone, I had to sing into my headphones that I plugged into the input of my crappy Behringer sound card.

“But I had fun doing it, that had been my ethos for the entire recording and writing process. After being involved in bands that had fame, success and “making it” as the main goal, I became disheartened and it just felt like work. But I never started writing music because i wanted to be famous, i made it because i loved it and wanted to express something. So that was my constant inspiration when i was creating this new project i made it for myself and if only some of my friends and my mum like it then il be happy.”

Gaze Is Ghost – ‘Feather And Bone’