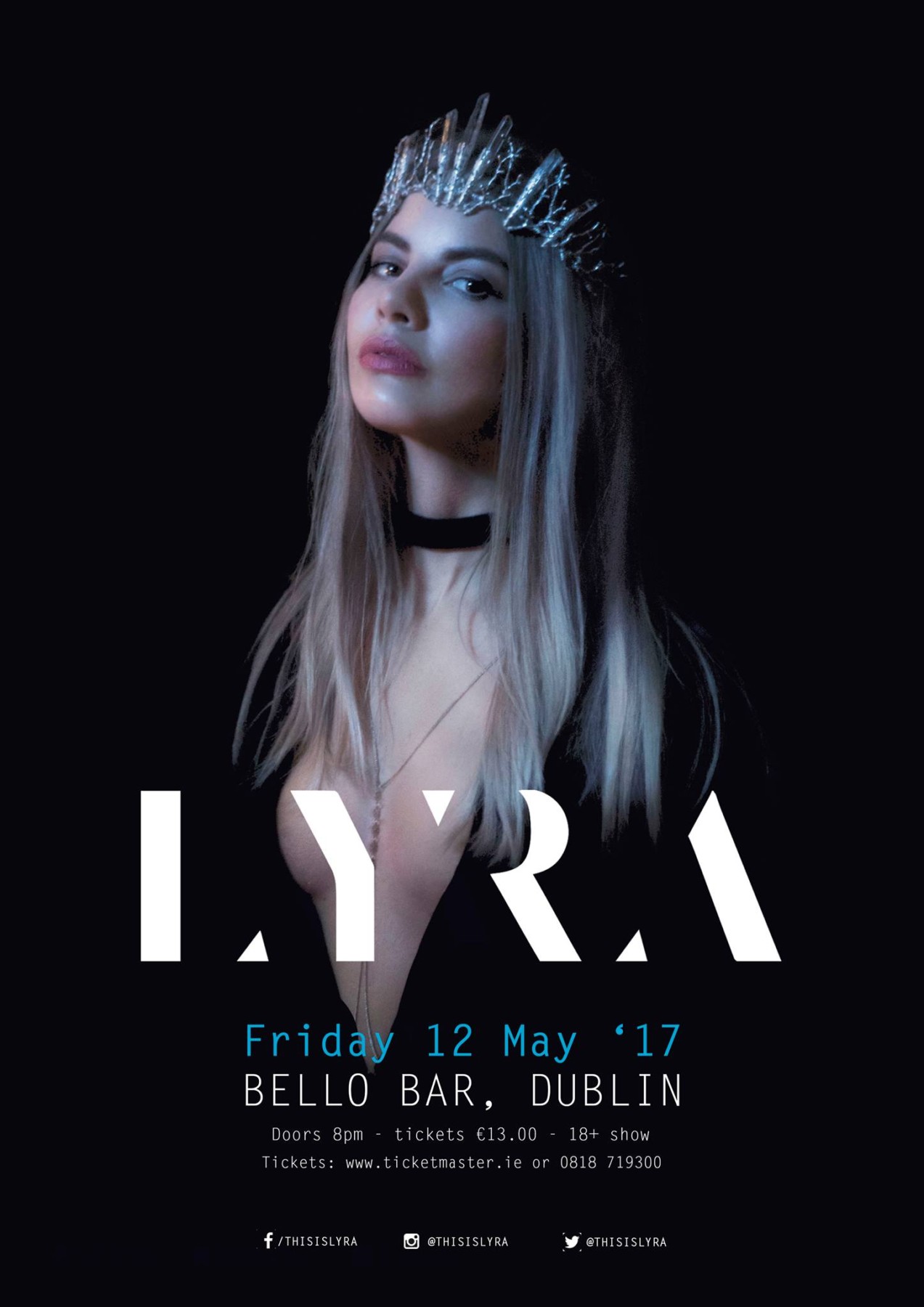 The Cork-born London-based artist Lyra has had some recent success with big placements in two TV shows – Teen Wolf and RTE’s Striking Out (I was music supervisor on the show//playlist here).

Her song ‘Emerald’ ended up at #2 in the Shazam Irish charts after the song aired on Striking Out on RTÉ two weeks ago and there was a lot of reaction to it all round, after half a million people watched it.

So she won a lot of new fans. Nice one.

She’s just announced she’ll be playing the Bello Bar on Friday May 12th. Tickets €13 go on sale this Friday 27th at 9am from Ticketmaster.