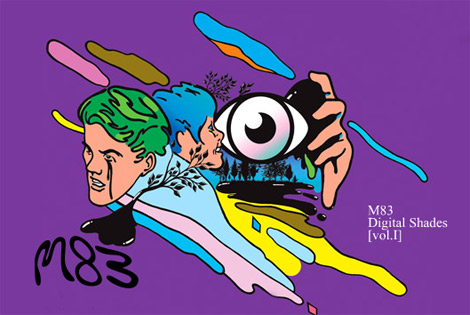 Ambient music. Hmm. After nearly 25 years on this planet, I’m not entirely convinced. Sure, I own some ambient albums worth mentioning: the excellent Selected Ambient Works vol. 2 by Aphex Twin, Future Sound of London’s Lifeforms is interesting but ultimately inattentive, KLF’s Chillout album is notable for the song titles and seemed aimed at the post-clubbing comedown of yore while Music has the right to Children is ambient-tinged but it has too many amazing beats to be labelled as so. Most stuff in the genre is too wishy-washy or samey for it to stick.

Another obstacle to appreciating the genre depends on when and where I listen to it. The odd timewhile working, I’ll put on something ambient to drown out any day-by-day noise while I’m concentrating on something else. It serves as a distraction to the hum-drum of phones and office machinery and allows me to focus. Occasionally, I’ll put on some ambient music when I have trouble sleeping (Should music that facilititates sleep be considered a good thing?). Ultimately, while I flirt with the genre there is very little I love about it.

Take the recently released Digital Shades vol.1 by M83. Essentially, this not-counted-as-an-official-album release is this: a good M83 album stripped of all the great stuff: the blinding hooks, guitars, drums and vocals all thrown out. Removing elements that made previous album Before the Dawn Heals Us such a powerful, evocative piece of work, leaves the digital sheen underneath. Admittedly, it is occassionally beautiful, soaring and resonant but ultimately confined to expedite me to dreamland.

Maybe I’m being too harsh on the whole genre? Maybe I’ve been listening to it in the wrong circumstances? So most excellent reader, tell me:

What ambient releases float your boat?

When and where do you listen to them?