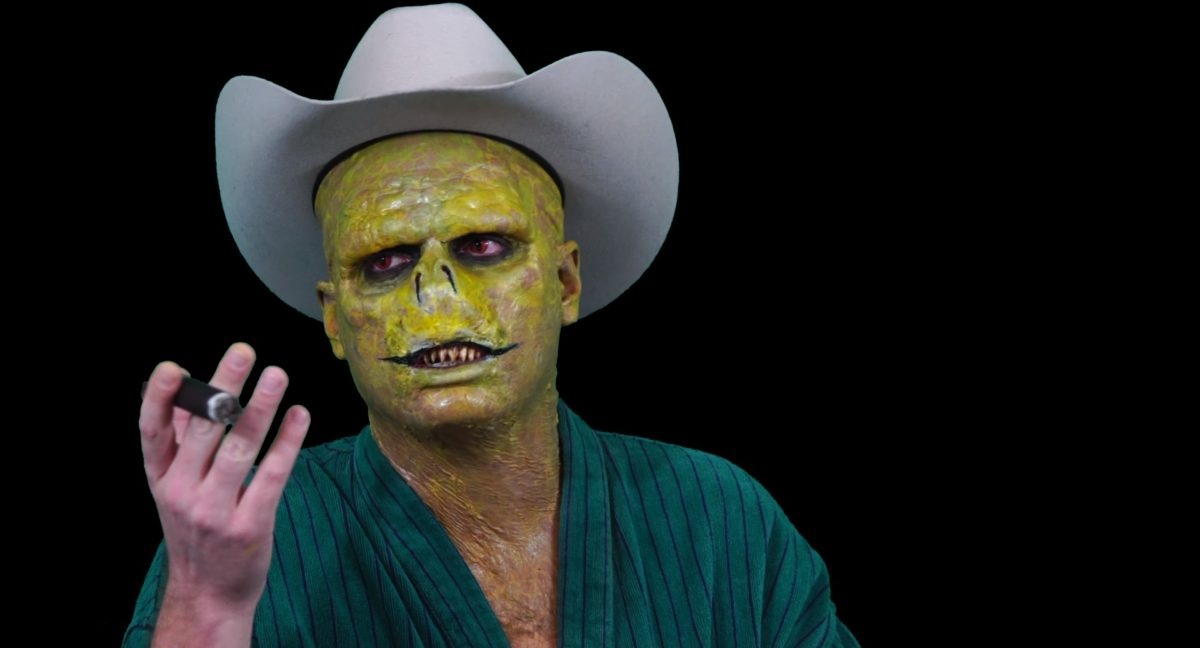 Mac DeMarco, sweetheart slacker-pop artist, has revealed plans for a new album Here Comes The Cowboy due out on May 10th.

The album will mark the Canadian native’s fourth full-length studio release, the follow up to This Old Dog in 2017.

The artist also shared a track from the project, called ‘Nobody’ and a video to accompany it.

The downtempo track hears DeMarco battling with a sense of existentialism with Lou Reed-esque sense of humour, opening with the lines “I’m a preacher/A done decision/Another creature/Has lost its vision”.

Plus, there’s some serious Lizard makeup going on in the video.

It’s a bit of a slow burner, but the track grows with repeated listens. DeMarco’s transition from the Pepperoni Playboy persona to more pensive subject matter hasn’t been smooth. This Old Dog marked a significant change in subject matter and tone for DeMarco. Despite its ambition, the album was definitely the artist’s most underwhelming release to date.