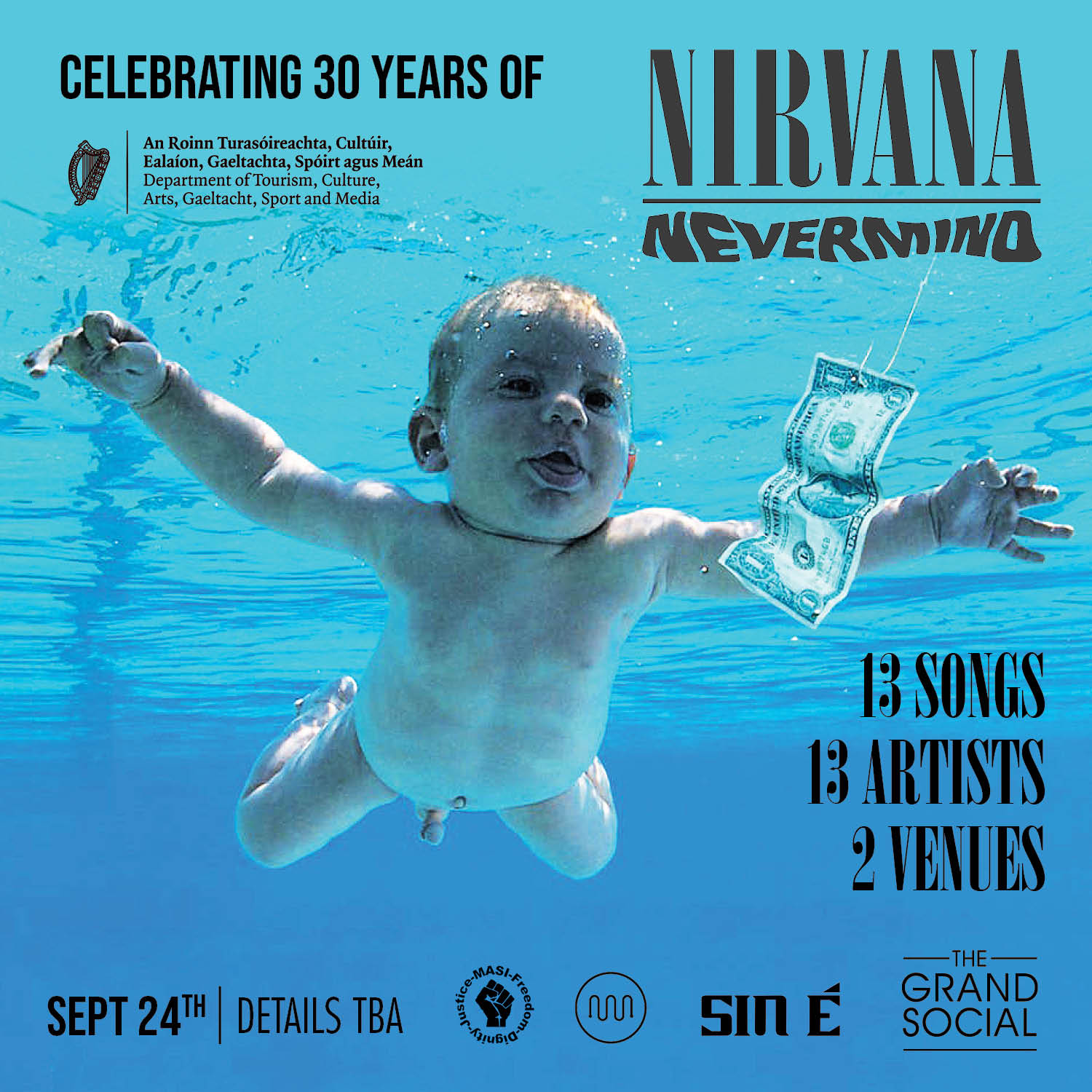 It Takes A Village adds more acts for this weekend

The Grand Socialand Sin É Presents will mark 30 years the release of Nirvana’s seminal record Nevermind with a live stream celebration of the album, featuring songs performed by Irish acts.

13 bands will be playing Nirvana songs on Friday September 24th include Maija Sofia, Havvk, Alien She, Cruiser, Laurie Shaw, Junk Drawer, Uaim,  Aoife Wolf, Pretty Happy, Elaine Malone, Mob Wife and Mhaol and the event takes place on September 24th, 30 years to the day from the 1991 release of the record.

The event will be live streamed online and via Micromedia screens around the country. A QR code will be displayed for viewers to tune into the audio of the pre-recorded, high production livestream.

Expect singles Smells Like Teen Spirit, Come as You Are, Lithium and In Bloom along with album tracks.

All the profits from the event being donated to the MASI charity dedicated to The Movement of Asylum Seekers in Ireland.

This project has been funded Department of Tourism, Culture, Arts, Gaeltacht, Sport and Media.

11 new songs from Irish artists you should hear this week