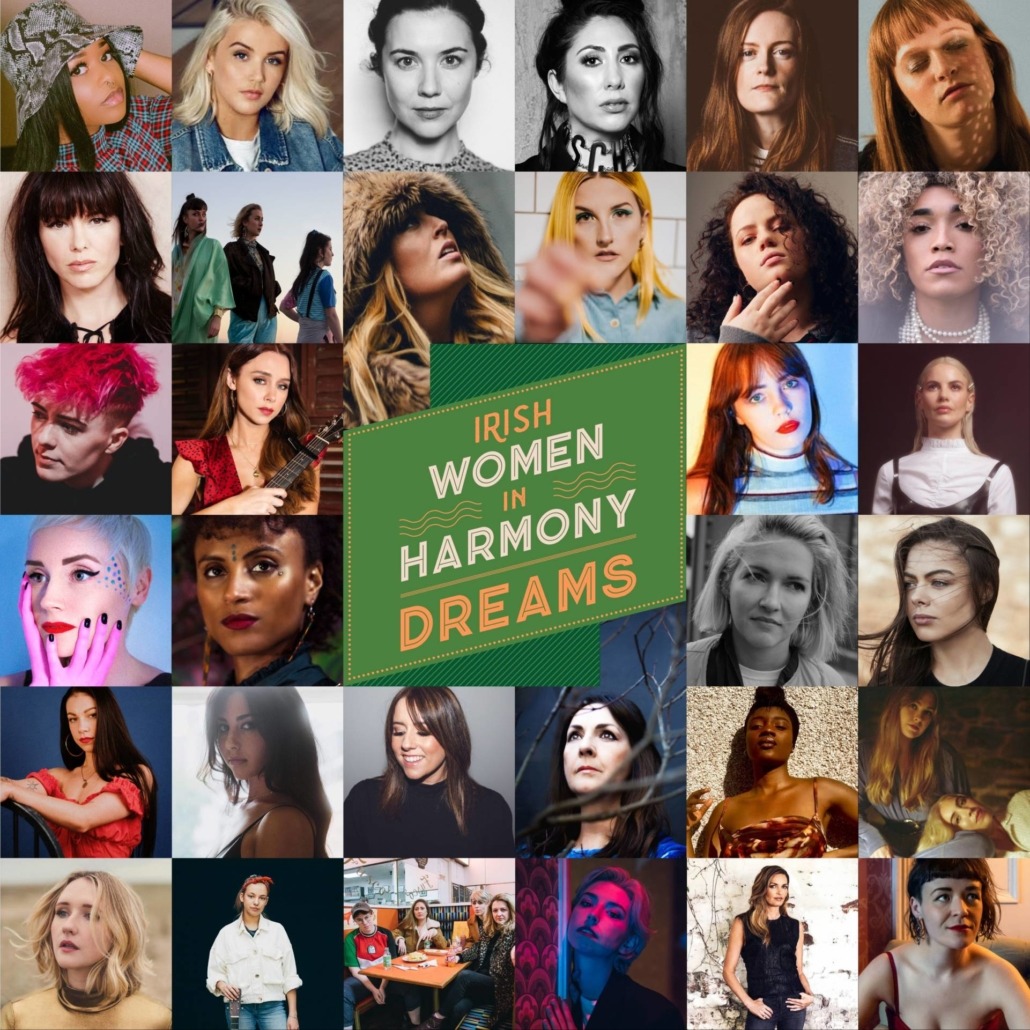 Last week’s report on Irish radio showed the stark numbers in terms of the lack of support across the board for female artists on Irish national and local radio.

This week, a cover of Cranberries’ ‘Dreams’ by Irish Women in Harmony featuring over 40 Irish female musicians is at the top of the Irish charts and airplay. Many of those artists featured can’t get their own music played on the radio, during daytime when these things matter most. Mainstream radio, by its broadcast nature, is still the best way to reach the majority of people in Ireland. No amount of sharing music from Irish female and minority artists on a site like Nialler9 will helpful, can’t change radio programmers decisions, it seem.

If you’re not in you can’t win, if you’re not given a play, you’ve no chance of being heard. Something has to change here. It was already bad, but daytime radio play during a time of pandemic when artists can’t play gigs, could also provide financial support to our indigenous artists rather than play ‘Blinding Lights’ for the billionth time.

Stations should not be doubling down on their support for Irish male artists either. Niall Horan has THREE songs in the Irish airplay charts this week alone. Dermot Kennedy has two. The Cranberries cover is the only female representation in the top 10 right now. Half the population’s experiences is being failed by Irish radio and doesn’t represent what people actually listen to privately.

Today, the report organisers have said that “so far, only 3 radio stations, out of all those listed in the report, got in touch and responded and said they will be mindfully aware and will chat among their teams at the stations and will ‘try do better’.”

They also shared some responses from the male artists and workers in the industry which you can see in full here, with some choice quotes below.

“The findings of this report present an opportunity for Irish radio stations to become a force for positive change in society. Radio has the unique position of controlling the measures of content which reach the ears of the public on a day-to-day basis. When this content is written and performed almost exclusively from the male perspective it perpetuates an industry which is already male-centric and it actively fuels the cycle of gender inequality in all aspects of the trade.

I’m slightly ashamed to admit that, as a 37 year-old man, I’ve had to really dig deep in the last couple of years to truly comprehend the privilege I’ve taken for granted; I did not see it in my 20s and early 30s because patriarchy and its psychological consequences are insidious and omnipresent and ignorance on such matters is rewarded. I’m still on that journey and I see this report as an invitation for one of our most important cultural institutions to do the same.

Mainstream Irish radio is a commercial enterprise but it needs to fully recognise its potential as a cultural establishment too; unfortunately that establishment is currently giving a voice to only half of the population and the societal ramifications of this, both conscious and unconscious, are monumental”

” I fear that radio stations believe that they can only play what is requested, but I think that that mentality insults the intelligence and tastes of the Irish population. Music has to be more than a straight white male perspective. It is a shame to not see more than one woman, Black/POC or a single member of the LGBTQ+ community on that list. We owe it to those exact people unrepresented, that they can one day soon see and hear people like themselves in Irish media. If you were to ask Irish men and women what their Spotify/Apple etc streaming artists were, I don’t think it would reflect what those analytics showed. This country has a wide and eclectic taste in music that spans far beyond what is presented to us.

I am aware that this is all coming from a gay white male perspective who has been lucky to be played on the radio. But I also feel I have been given more opportunities than my female peers. I wish to send on my solidarity and support to the female artists of this country. We need to support our own and “our own” means everyone. We truly have the power to make tsunami level waves in the worldwide music industry. However, these waves need to be ones of diversity and inclusion”

“For too long we have accepted that radio-playlisted music runs in correlation to what’s popular. We now have proof that conscious & unconscious non-musical decisions are favouring the radio play of male musicians, to the detriment of our music scene. Despite what is said about streaming, radio still plays a huge role in our every-day soundtrack and there have never been more brilliant women making fantastic music across many genres.

It’s time for us men to consciously push their music and art because this is fundamentally a male problem, perpetuated by conservative choices and inherited biases”.

The report is shocking, and it is not. The only thing worse than the stats themselves are the badly theorised justifications I’ve seen from some men over the past week. It proves we have a long way to go. The best music in this country right now is being made by female artists and we’re not giving it a chance to blossom. The good thing is that it is easily fixed – Play more female artists on the radio. Today