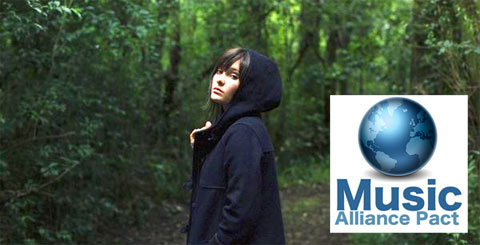 MAP (Music Alliance Pact) the global music blogger mixtape is back! 24 music bloggers across the world share a track from their home country that they think you should hear.

My track this month is from the excellent 202s and I’m pretty sure this post is the only time you’ll ever an Idol winner (above) on this blog! See the full post for all 24 MP3s.

AMERICA: I Guess I’m Floating
Thing One – Mop Yards
New Jersey’s Thing One have been on my radar since last year when I first heard a few tracks from their debut album You’ll Be Fine. Mop Yards brings traces of The Smiths and ELO into the new millennium with strange electronic warbles and dancey synth patches. Singer Joey Palestina creates a veritable summer anthem with the repeated line, “The heat is non-stop, hide the women in cop cars”. Whatever that means, Joey, I feel ya.

ARGENTINA: Zonaindie
Chau Fan – Boletos De Tren
Chau Fan is a boy-girl indie folk (or anti-folk?) duo from Buenos Aires, starring Micaela Quinteros and Marcelo Lares. They both sing and play acoustic guitar, and in this particular song Micaela does a charming harmonica solo. Boletos De Tren will be part of Zonaindie’s new compilation which features five songs from artists who have never had the chance to record in a professional studio (we invited them to the studio and helped them record). So consider this a MAP exclusive premiere.

AUSTRALIA: Who The Bloody Hell Are They?
Lisa Mitchell – Coin Laundry
So, yeah, this could easily be an iPod Nano commercial, but catchy accessibility is hardly a terrible quality for a song to have. Who really expected a former Australian Idol finalist to produce anything of worth? This is a lovely song and I hope it gets overplayed.

BRAZIL:Meio Desligado
Hurtmold – Música Política Para Maradona Cantar
There is no other band like Hurtmold. You have to listen and feel it. It’s more than music, it’s an experience.

CANADA:I(Heart)Music
Dinosaur Bones – NYE
Dinosaur Bones are currently attracting all sorts of interest on the back of their debut EP, and this song makes it easy to see why. They blend together The National’s world-weariness and a very English-sounding pop sensibility, with the end result something that’s entirely their own.

CHILE: Super 45
The Same Sky – We Sleep Under The Same Sky
The Same Sky is the music project of Joseph Simon, a 15-year-old Chilean who was born in Canada. It is precisely this biographic fact that can define his music – warm guitar sounds of slow rhythm alongside a smooth voice heavily influenced by bands such as Beirut, Arcade Fire and The National. The recent release of his first album (Two Hearts / Apart Under The Same Sky) supports this feeling of songs as a perfect soundtrack for winter days spent at home, enjoying the natural melancholy.

DENMARK: All Scandinavian
Ruhan Daisy – We Know You
There’s quite a bit of post-rock going on in Scandinavia these days, one brilliant act being this Danish quintet. It’s grandiose, funky with bits of (acid) jazz thrown into the mix and sports an equilibristic sense of detail. Ruhan Daisy’s crowning achievement, however, is their catchy pop sensibility driving the complex compositions out of nerd-country into the mainstream. At least that’s how it should be.

ENGLAND: The Daily Growl
Alessi’s Ark – The Horse
Alessi’s Ark is west London teenage sensation Alessi Laurent-Marke and here is the single version of The Horse from the Mike Mogis-produced new album, out next month.

FINLAND: Glue
Palma – Ride Around
After a couple of years in the making, Helsinki band Palma recently released their debut album Be Bold And Mighty Forces Will Come To Your Aid. Palma refers to an old soda drink in Finland and the band, indeed, produce some refreshing indie-pop songs, rooted in the classic sounds of the 70s, and with a danceable groove. It’s retro and modern. For fans of The Soundtrack Of Our Lives and Supergrass.

FRANCE: SoundNation
Sundogs – So Close
Sundogs are a French band who live in London but play in both England and France. The group is made up of two guys – bassist Jeff (“le petit blond”) and Pierre on guitar. The other musicians are French or English guests, depending on where they are playing.

GERMANY: Blogpartei
Lali Puna – Nin-Com-Pop
Lali Puna is another band from the great Weilheim circle led by Valerie Trebeljahr. Established in 1998, I consider them to have a higher creative potential than recently featured The Notwist, where her boyfriend and Lali Puna fellow Markus Acher is playing. Nin-Com-Pop is a song from their second album Scary World Theory. A new record will be released later this year.

ICELAND: I Love Icelandic Music
Lay Low – Last Time Around
Lovísa Elísabet Sigrúnardóttir is a 26-year-old half-Sri Lankan, half-Icelandic singer, born in London. She sings under the name Lay Low and her music is a combination of blues, folk and country. This year, Lovísa has already supported Emiliana Torrini on tour and signed a record deal with Nettwerk. Last Time Around is on her third solo album, Farewell Good Night’s Sleep.

IRELAND: Nialler9
202s – Ease My Mind
There was a general air of being caught unaware in the Irish media when this duo’s debut landed on their desks. Without any gigs and already signed to French label Le Son Du Maquis, their charming Primal Scream and Broadcast-indebted indie-pop has skipped a few hurdles without skipping on the tunes.

ITALY: Polaroid
Gazebo Penguins – Wallabees
A punk band that quotes Alfred Korzybski? Yes, please. The Name Is Not The Named is the title of Gazebo Penguins’ new album and it’s full of powerful hardcore in the style of At The Drive-In, with a nod to Motorpsycho. Sharp guitars, heavy rhythms, driving choruses and smart attitude.

MEXICO: Club Fonograma
Mexican Institute Of Sound – Reventon
Mexican Institute of Sound is a solo project by the multi-talented Camilo Lara. He just released his third album Soy Sauce, another celebration of Mexico’s traditional music fused with funky tunes, electronica and the genre that’s getting ready to shake the world again, cumbia. MIS is an explosive adventurous musical ride of our rich culture. They are preparing to perform at this year’s Coachella festival and with songs like Reventon, it is sure to get the fiesta up in wild spirit.

NEW ZEALAND: Counting The Beat
Three Legged Horse – Red
Red is the opening track on Down, the debut album of Three Legged Horse, a trio from Waiheke Island, around 20km offshore from Auckland. The band bring together the grungy dark introspection of lyricist/vocalist Bede Taylor, the smooth powerful vocals of Gina Higham and the musicality of Aaron Carpenter into a combination much greater than the sum of its parts. Red is a good intro to an extraordinary album that melds acoustic country blues with dirty guitar and vocal grit and growls.

NORWAY: Eardrums
Dylan Mondegreen – Animal (Hiawata! cover)
For this month’s MAP I will present not one Norwegian act, but two. The performing artist here is Dylan Mondegreen, one of my absolute favourites in Norway. He is currently working on his second album, which should be released later this year. The song he sings is written by another favourite of mine, an indie-pop band from Oslo called Hiawata!. Mondegreen’s cover of their song Animal was a b-side on Valley Boys, the first single from their second album, These Boys And This Band Is All I Know, due out soon on SellOut! Music.

PERU: SoTB
Autobus – Volver
Autobus formed in Lima in 2006 and released their debut album last year. Although they have a clear rock essence, they have electronic influences and a pop touch which sets them apart from their peers, so much so that many people are surprised by where they come from. They have made a good impression abroad, achieving their aim of drawing attention to the local scene.

PORTUGAL: Posso Ouvir Um Disco?
The Clits – Lay Low
If there was a such a genre as electro-psychic-punk-rock-pop, The Clits would be the kings. It all started in 2006 when Carlos (guitars, keyboards and backing vocals) invited Ana Leorne (vocals) to form an electro-punk project, influenced by the riot grrrl movement and some of their favourite artists such as Joy Division, Bauhaus, Nina Hagen and Suspicious (another Portuguese electro-punk project). Their first record, The World Is A Mess But My Hair Is Perfect EP, was released in December 2007.

ROMANIA: Babylon Noise
Persona – Momentary Lack Of Passion
Inspired by Ingmar Bergman’s movie Persona, this band belongs to the new generation of Romanian musicians that bloomed after the anti-communist revolution of December 1989. The group’s members have been involved in the music scene since then, playing in several acts before forming Persona. Their music is, indeed, one of British influence but cannot be strictly labelled – the musical background and influences of each of the members, refined by experience and artistic maturity, blend together in the Persona genre.

SCOTLAND: The Pop Cop
There Will Be Fireworks – Foreign Thoughts
Bands of the calibre of There Will Be Fireworks are far too rare, but that’s not a bad thing because you’ll end up appreciating them all the more. Although TWBF seem like the perfect new students in Scotland’s renowned post-rock school, their take on the genre is far more moving and lyrically impassioned than anything that has gone before them. Foreign Thoughts, taken from the Glaswegians’ forthcoming eponymous debut album, has the beautiful intensity of a Band Of Horses classic and will stay with you long after its three-and-a-half minutes are up.

SINGAPORE: I’m Waking Up To…
Astreal – Snowflake
Some may say that when you’re in love, the stars align. For Astreal, love is more of a cosmic collision course between stars and planetary bodies. In the unassumingly titled Snowflake, there lies so much destructive potential in a love so intense that, yes, even “the stars, they burn for you”. Taken from their second album Fragments Of The Same Dead Star, the song combines the melodic infatuations of shoegaze with the aural impudence of noise-rock for a blistering and haunting love song that almost borders on maniacal obsession. Is this love? That’s for you to decide.

SOUTH KOREA: Indieful ROK
Toxicbiasfleurivy – Parallel Assembly
GDM duo Toxicbiasfleurivy might not be the obvious choice for MAP but their latest album, Particles, provided an interesting exception from my usual listening when it was released late March. Electronic, experimental and pretty much the opposite of easy listening, the listener is advised to enjoy astral emotions while digesting this music inspired by quantum physics.

SWEDEN: Swedesplease
The Late Call – Linnea
The Late Call is really just one guy (and friends) from Stockholm named Johannes Maye. His debut album, Leaving Notes, chronicles the long distance relationship he had with his girlfriend. The record and this song has an organic feel on account of the mostly acoustic instrumentation. Linnea is a perfect example of the gorgeous pop you can expect from The Late Call.