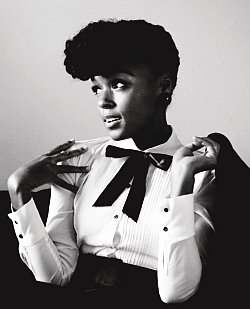 MAP (Music Alliance Pact) asks 25 music bloggers across the world to share a track from their home country that they think you should hear.

The name Janelle Monae might ring a bell – she has guested on several OutKast songs and recently signed to Diddy’s Bad Boy label. After seeing her energetic performance at Bonnaroo a few days ago I can say that she’ll be one to keep a close eye on. Even if Sincerely, Jane doesn’t do much for you, check out some live clips on YouTube to get the whole picture.

Guillermo Beresñak and Pablo Retamero got together in January 2008 in Buenos Aires. From this union came Le Microkosmos, an electronic ensemble in constant search for new musical experiences with synths, programming, instruments, vocals and orchestral sampling. This quest led them to create their own cosmos from each sound, such as this acoustic-electronic ballad taken from their brand new album, Y Vas Donde Sonrisas Te Dan Esos Encapuchados De Un Mundo Nuevo.

AUSTRALIA: Who The Bloody Hell Are They?

One of Australia’s, if not the world’s, most exciting indie-rock bands, Dappled Cities are back with their third album, Zounds. It was written and recorded after an extensive period of touring their previous offering Granddance, a classic album in the minds of many critics. The Price is a fantastic taster for old and new fans alike, worthy of immediate playlisting.

Júlia Says have just released their second independent EP, Menos é Mais (“Less Is More”), in which the duo go deep inside electronica with some strong influences of dance-rock. The name of the band was taken from a children’s story and it’s a thing that helps us to connect to the fragile melancholy and beauty of Cá.

How awesome is this song? So much so that when I saw them perform it during a soundcheck at a show in Ottawa recently, everyone in the room just watched in stunned silence and then exploded in wild cheers when it was done. To put that in context, that kind of thing never happens. But Sea Dreamer, in all its pounding, pulsing, marching-gleefully-into-the-apocalypse glory, is amazing enough to be the exception.

Full of aggressive beats, explosive sampling and social protest lyrics, Valentina Fel is the most logical evolution of a riot girl – punk almost in the realm of grime, do-it-yourself attitude with dancehall as a commodity and flamenco-injected defiance. Her long-awaited upcoming debut -to be release in the next few months – promises to be a massive earthquake in the dancefloor that nobody could anticipate.

A new project by Mattis Jakobsen and Malte Hill of Straight To Your Face, Rock Hard Power Spray guitarist Frederik Valentin and recently joined by bassist Karsten D. Johansen (Strawberry Slaughterhouse), Vomit Supreme have long been an All Scandinavian favorite. Punk aggression spoon with pop hooks and with the mighty Versus Love spearheading their campaign, world domination should be nigh.

I’m A Pilot, the opening track on Fanfarlo’s debut album Reservoir, sets the scene for what’s to follow. It’s a rich, heady brew of heavily orchestrated indie-pop which at times even feels like it’s pulling its punches. It’s the sound of a young band comfortable in their own grandiosity and as Reservoir carefully unfolds, it’s impossible not to be swept along. From now until July 4 you can download the album from the Fanfarlo website for just $1, so you’ve no excuse for not owning it.

What a summer hit song! Cool and sexy! Singer Sara delivers delicious pop melodies over Markku’s electro bits and sounds. This duo from Helsinki are putting the final touches to their debut album, but they have already gained attention around the world, playing in London and Tokyo. Soon TV OFF will take over the world.

For too long Phoenix have been overshadowed by Daft Punk and Air, but no more. Even though Phoenix are four albums into an increasingly fruitful career, 1901 is possibly the most immediate and loveable thing they’ve ever created. An anthem for indie kids, a dancefloor filler for disco dwellers. It’s for everyone really.

For A Minor Reflection – Óhljóð

For A Minor Reflection are a quartet from Reykjavík who play energetic, melodious, instrumental post-rock. They have earned comparisons to Explosions In The Sky and Godspeed You! Black Emperor. Óhljóð, which means “discordant noise”, is taken from their 2007 debut album Reistu Þig Við, Sólin Er Komin Á Loft… (“Rise and shine, the sun’s up…”) on Blippr.com. Guitarist Kjartan Holm’s older brother Georg plays bass in Sigur Rós, whom they supported on tour last year.

Taken from It Was Only A Satellite, the debut EP from this Dublin three-piece, Osumi showcases the bleep-assisted electronic edge of their sound before diverting into heady post-rock guitar progressions, while singer Sorcha repeats a mantra atop like a prototype Natasha Khan. Their yearning indie-electronic-pop sound is reminiscent of Lali Puna, Broadcast and The Notwist.

My Awesome Mixtape – Me & The Washing Machine

I would have never expected to listen to an Italian band mix diverse sounds such as Anticon and The Postal Service, but when I heard My Awesome Mixtape I just had to change my mind. Infectious melodies and tight grooves, these young kids just seem to be unstoppable.

Los Amparito is the mind-blowing, eccentric and absolutely sublime project of Carlos Pensina. He is relatively well known in Mexico’s indie scene for his more electronic act Pepepe, but Los Amparito have enormous potential to break into international boundaries. This sound is like a distorted Mexican mirror of traditional music mashed with its own repetition, flourishing vocals and colorful sequences resulting in something between Animal Collective, Amparo Ochoa and El Guincho.

Lisa Crawley is a multi-instrumentalist singer-songwriter who stands out from the crowd because of her voice and the playful arrangements of her folk-pop songs. Brother, from her second independently released EP Hello, Goodbye And Everything Inbetween, would be great on the basis of its plinky-plonk piano alone, but it’s the trombone that lifts it to another level.

Firetop Mountain – How Can You Dance At A Time Like This?

Firetop Mountain are four boys and a girl from the Oslo area, who play indie-rock with a strong melodic focus. Just last week they released their debut album Indians Aren’t Afraid Of Heights on their own label. Their music is sometimes powerful and energetic – songs you want to jump around to – and other times more laid-back and sensitive. Good songwriting all the way.

Mi Jardín Secreto’s debut album, La Ciencia Y El Arte De La Falsificación, contains 11 songs that flit between new wave, alternative rock and the sound of modern bands. The theme of the lyrics is a mixture of the warmth and coldness of the city of Lima, with characters who have adventures in a place and climate familiar to us all.

What started as Bruno Miguel’s music project is now a trio with female vocalist Marcela Freitas and multi-instrumentalist Francisco Bernardo. After appearances on various international compilations :papercutz are now signed to Montreal’s Apegenine label, who released their debut album Lylac in February. In April, they were winners of the ‘off the beaten track’ category in The People’s Music Awards in London.

Luna Amara have been around for almost 10 years, during which they’ve managed to create an image and a name for themselves in Romania. From mellow alternative to angry metal sounds, their music is powerful and never fails to deliver its message. Floodmoses is taken from their recently released third album Don’t Let Your Dreams Fall Asleep.

If Arcade Fire’s Wake Up moved you to your core then get ready to fall in love with Traffic. It has that soaring choral majesty, that sprawling orchestration and The Seventeenth Century clearly possess ambitions that are no less lofty. Having had a listen to the young Glasgow band’s forthcoming In The Place EP, we can say without hesitation that you’re looking at the best new band in Scotland.

SINGAPORE: I’m Waking Up To…

We visit one of Singapore’s finest indie bands of the 90s with Concave Scream. Fiction, taken from their third album Three, hints at the flavors of DJ Shadow, The Cure, U2 and Butler-era Suede. It is a fine tune that could sum up the entire record with its use of ethereal vocals, otherworldly chorus-effected guitar lines and a blistering rhythm section. These days, Concave Scream are pushing the envelope of their musical whimsicality by releasing an instrumental fifth album that can be found on their website.

The Plastic Day – I Miss Me Myself

Post-punk/grunge trio The Plastic Day released their first full-length album, 30 Seconds Between The Dreamer And The Realist, only last month but already they’ve gotten unusually high coverage in Korea-related English language media online. With an intense rock sound paired with English lyrics, there’s no reason why they won’t get even further. I Miss Me Myself might be one of the softer songs on the album, but it’s one that instantly spawns an impulse to hit the repeat button.

Chuck Morgan – The Best Of You

I don’t know if there’s a term for the sound of Chuck Morgan. The last post I did on this Gothenburg-based troubadour tried to peg him as “romantic indie-pop”. His new song, The Best Of You, continues that sound but adds even more electronic beeps and blips to the mix.