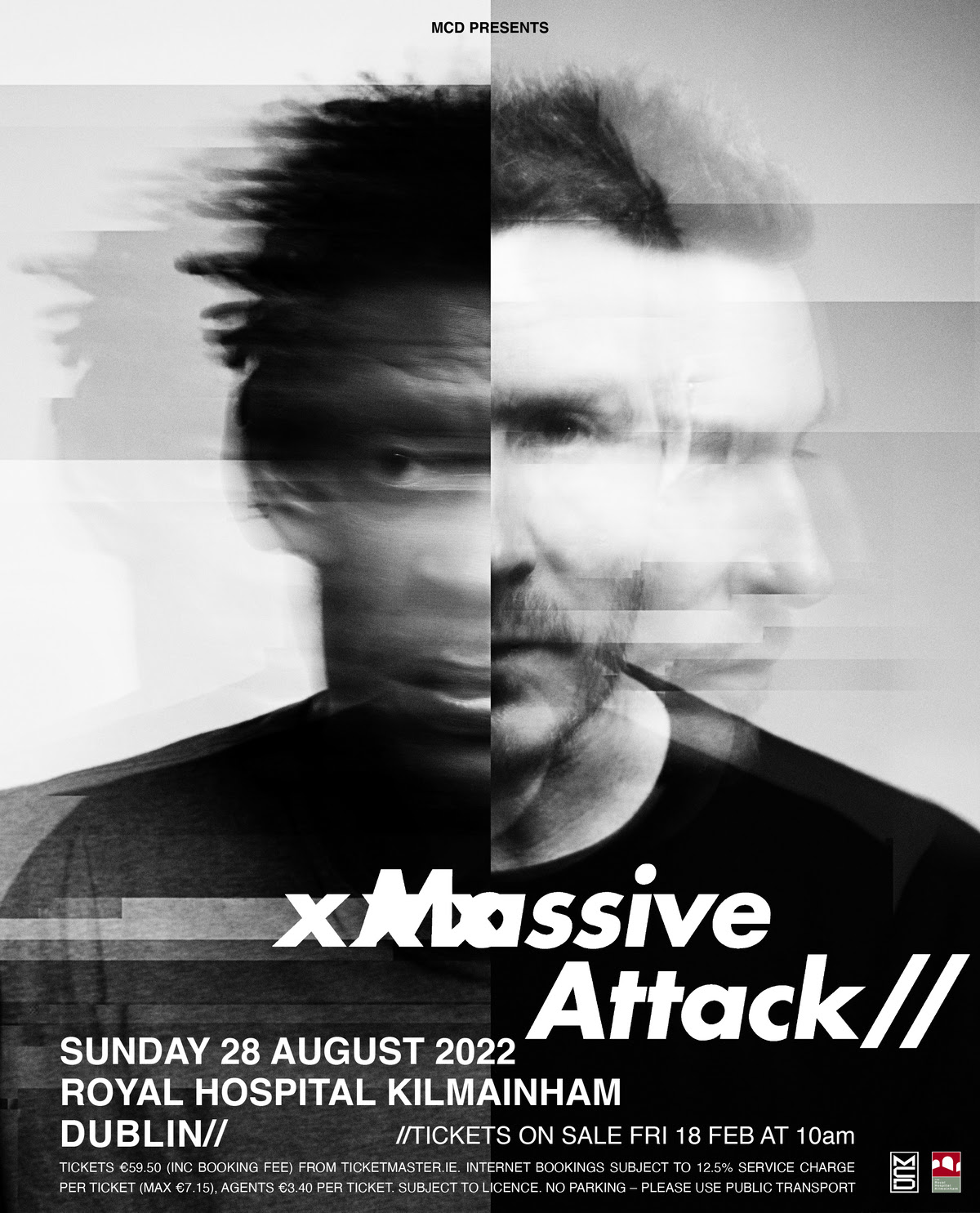 Massive Attack are the latest act to get announced for an outdoor Dublin show this Summer.

For their postponed 2020 tour they announced a report to address the environmental impact of the dates.

“…immediate elimination of private jet use, a switch to electric transportation for concerts and festivals, and, by 2025, phasing out diesel generators at festivals. Other suggestions include “plug and play models for venues,” which would reduce the burden of transporting gear, and the standardization of equipment worldwide—all implemented collaboratively to support smaller venues struggling with the improved regulation.

In response to the report, Massive Attack have designed six emissions-reduction modules to trial on their 2022 tour.”

The band’s last Dublin show happened at the 3Arena in 2019, and was a Mezzanine tour.

The definite Massive Attack fan site is run out of Ireland.

I’ve been bumping Blue Lines a lot this year.