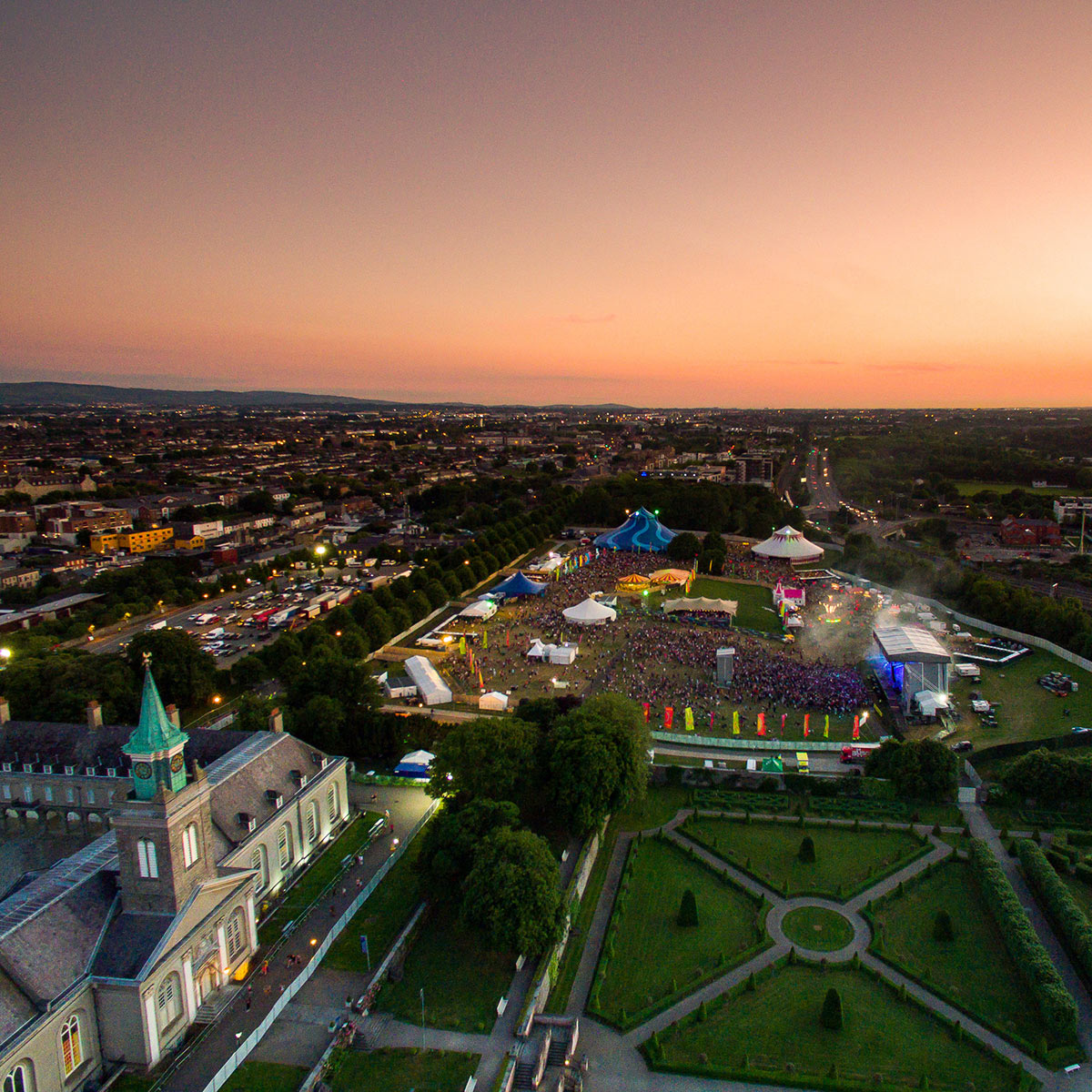 Meadows Festival is a series of shows taking place at IMMA in Kilmainham, Dublin this weekend from Pod Concerts.

There has been some news on the lineup additions – musicians added and guests to speak on the All Curious Minds strand of events.

Firstly, one of the planned shows on Friday is now cancelled as David Keenan can no longer perform due to scheduling issues. That means that Niamh Regan will move to the later show which features a lineup now of Just Mustard, John Francis Flynn and Niamh Regan.

I myself, Nialler9 will be hosting and DJing between the acts.

The All Curious Minds on Saturday and Sunday afternoons will see discussions, interviews and guest speakers for special events.

Saturday, 21 August: All Curious Minds presents A Sense of Place

Hosted by historian and broadcaster Donal Fallon, this open discussion will delve deep into the potency of place and of place-making, how writers engage with their physical and imaginary worlds, the symbiotic struggles between. It will explore how place informs and ‘makes’ them as artists, their creative antennae already cued to the dark narratives which all places are pre-imbued with; and how, as artists, they in turn ‘make’ places, harnessing memory — not merely an act of recall but a means of creative reconstruction — to add verisimilitude and a new vernacular to the otherwhere that is art.

The panel will comprise: singer and multi-instrumentalist Radie Peat of acclaimed folk ensemble Lankum, keepers of the sacred estate that is traditional Irish music, and deft conjurors of the punk ethos within; David Balfe of For Those I Love, chronicler of the capital’s sundry sorrows and small wonders, whose much-garlanded debut has been heralded as ‘immaculate’ by the NME and ‘an exorcism of grief on the dancefloor’ by The Guardian; award-winning author and essayist Lisa McInerney whose 2016 novel The Glorious Heresies, the first in a recently completed trilogy, won both the Baileys Women’s Prize for Fiction and the Desmond Elliott Prize; Berlin-based Craig Walker of seminal indie group Power of Dreams who last month released, to wide acclaim, the aptly titled Ausländer, the band’s first new work in over two decades; and musician/songwriter Paul Page of Whipping Boy, those arch outsiders — and, indeed, outliers — whose sophomore release Heartworm remains one of the finest, most celebrated Irish records of all time, as disquieting as it is redemptive, and a perennial feature in ‘Best Of’ polls and the like.

While the former is sold out the evening show featuring Dublin’s finest A Lazarus Soul and Cavan folk songwriter Lisa O’Neill has low availability for tickets left.

District DJs will host and DJ on for both.

An interview with film-maker Jim Sheridan with music from Joe Chester.

On Sunday Blindboy’s live podcast will be in the company of celebrated playwright and six-time Oscar nominee Jim Sheridan, whose rich canon of film work — not least of all such classics as My Left Foot, In the Name of the Father, The Boxer and In America — remains arguably some of the finest, most respected screen work ever produced. Jim’s latest offering, Murder at the Cottage, a five-part documentary examining the brutal murder of French TV producer Sophie Toscan du Plantier in West Cork in 1996, has been much lauded for its rigour and sensitivity, not to mention the wholly captivating quality of its evocation of the psychosphere of Schull and its environs. As Sheridan himself puts it, his documentary ‘is a story about primal fear, about a devil in the hills, about the existence of evil among us’.

Sunday’s live podcast will feature a musical interlude courtesy of acclaimed solo artist and record producer Joe Chester, former guitarist for The Waterboys and Sinéad O’Connor, and current member of A Lazarus Soul. Described by Hot Press as a ‘legitimate giant of Irish music’, Joe’s most recent release Jupiter’s Wife charts the slow dissolution of marriage in both its most personal and broader sense (Juno, goddess of love and conjugal bonds, was Jupiter’s counterpart), and is replete with the complexities and conflicts that befall a fraying romance, the heart’s invisible furies manifested beautifully in soundscapes of searing tenderness and plangency.

Tickets are on sale via ticketmaster.ie and are available for each show in groups of 4 & 6 persons only. Tickets are priced from €10 up per person plus fees.

Each group will be assigned a numbered pod at the event. Over 18s only.