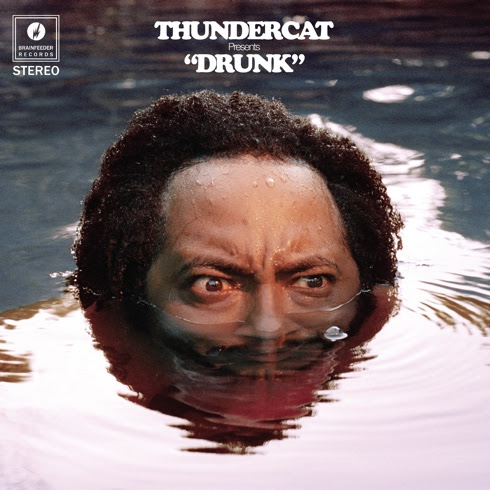 Now, he has gone straight to the source for the latest song from his just-announced debut album Drunk by enlisting Michael ‘Doobie Brothers’ McDonald and Kenny ‘Footloose’ Loggins for ‘Show You The Way’.

Drunk is out on February 24th on Brainfeeder and also features appearances from Kendrick Lamar, Pharrell, Wiz Khalifa, Kamasi Washington and Flying Lotus. ‘Them Changes’ is also on the record.

As part of his world tour, Thundercat plays Vicar Street on March 27th.

Thundercat also notes: “That song to me is about going down the rabbit hole, taking you to another place… On the edge of dark, there’s the brightest light. It means a lot to me in the sense of… the experience that I’ve had growing up with friends and people that I’ve been around where it’s inviting them into where I come from emotionally. Sometimes it’s a pretty intense thing. The point is how weird things can get. I feel like it’s very funny that, in a way, of course Michael McDonald and Kenny would be there.”

Sampha writes moving tribute to his mother and her piano

Anderson .Paak brought his 6-year-old son on Ellen to dance to ‘Am I Wrong’