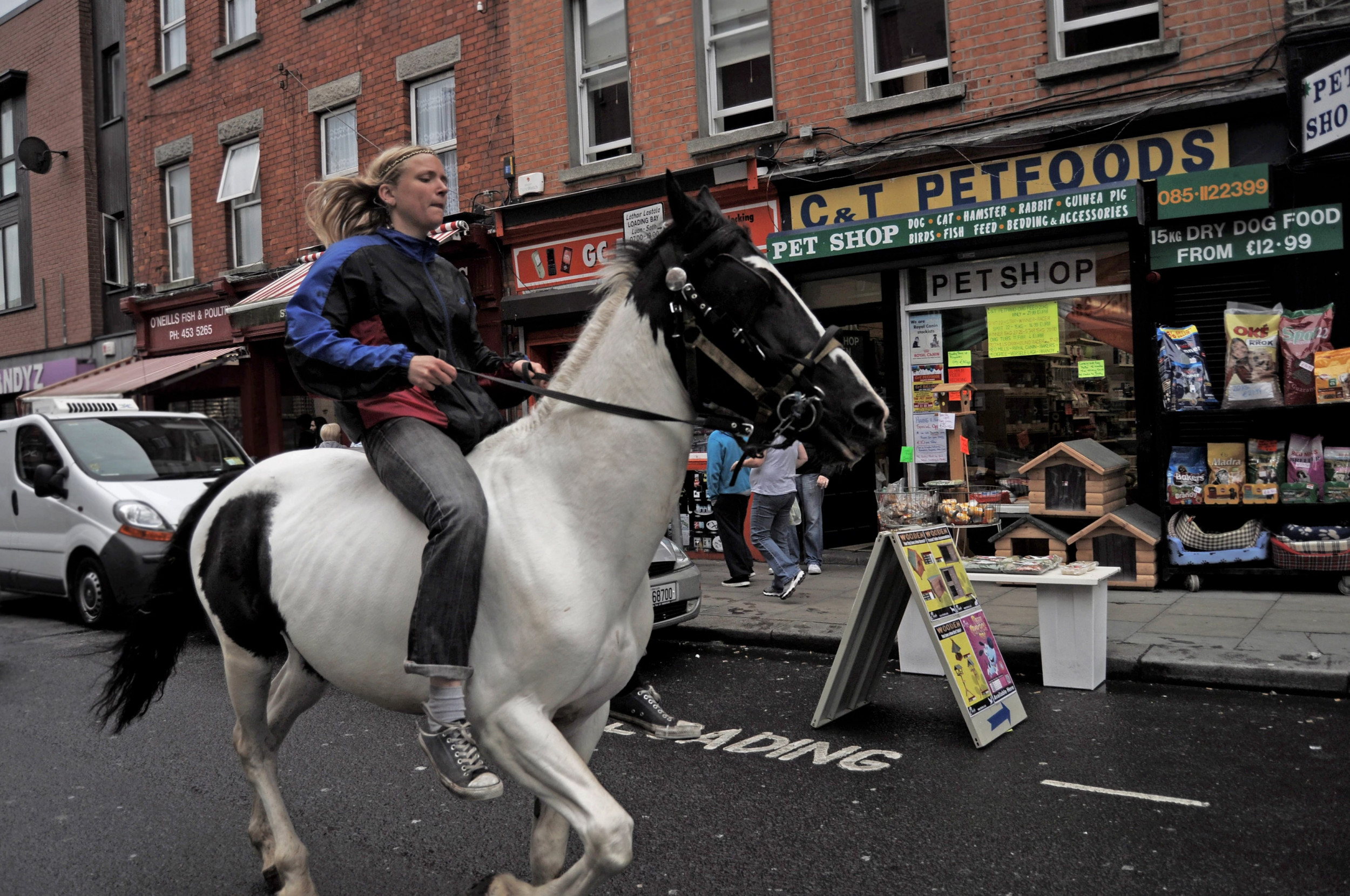 What happened when a Norwegian girl started hanging around the Liberties after buying a horse and keeping it in a yard near Meath Street is not the most ubiquitous form of culture clash around but it is among the most charming.

Norwigi is a travelling street musician who goes by the name of The Musical Slave was driving her van around Meath Street and reversed into the wall of a horse yard. The local lads came out for a look, and they ended up bringing her out for a spin with the horse and cart.

Norwigi was hooked so she bought her own horse and kept it in the yard. The boys and the girl with the Viking ancestors became friends (even if the boys didn’t want to admit it).

So, Norwigi wrote a song about her friendship with the boys Branner, Sean, Dano, Dessie and Turbo. The lads even join in on two verses. The full video and song is worth watching in full, it’s a charming ode to the sweet friendship that developed between two very different types of people and her acceptance by the community.

She’s also working on a documentary about the laneway and the boys in the Liberties.

Thanks to Fintan for the tip.

More from The Musical Slave on Spotify.