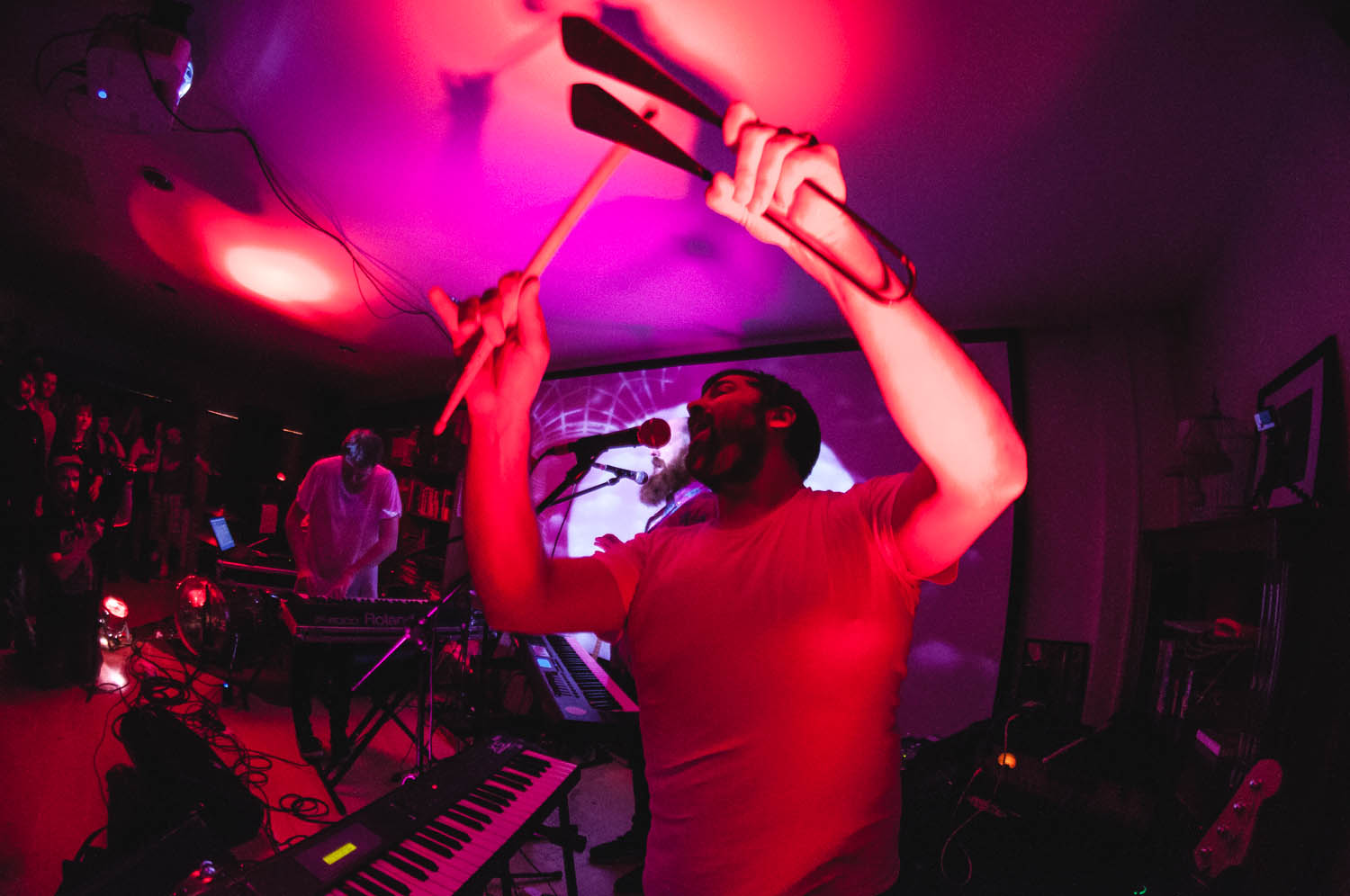 Minimum Maximum in Block-T on Friday night was one of the best Nialler9 gigs yet. The no advance warning on the lineup made for a special occasion and our limited capacity was sold out by 9pm as the first band took to the stage.

That band, Planet Parade, played their first gig in four years with a six-piece that showcased a new sound that traced a line between electronics and indie. It was an impressive performance of confidence and musicianship; with the recently featured songs sounding fully formed and another closing track, featuring a Paul Simon summery vibe.

In the middle, there was an energetic performance from a Limerick rap group that have put on two of the best sets I’ve seen this year. Friday night was another one. God Knows + Mynameisjohn were a high-flying, high-kicking, never-resting, fast-spitting, hype-getting, crowd-moving, always-giving joy. Check out their Rusangano Family album, one of the best of the year.

Despite a visit from the guards to the venue, who kept the party on hold for a while, we continued with a set from a band who last played to thousands of people at Electric Picnic. Le Galaxie showed how far they’ve come with a set of all new songs, which are growing in stature before they’re released. It was a powerhouse of a set, and watching them from so close up, it was fascinating to see just how good of a band they’ve come over the years. So much fun. You can win tickets to their next Dublin gig here.

Thanks to all who came down and trusted in the secret lineup experience. Special thanks to Grace, Dave, Laura, Nick, Susan, John, Stefano and all of the crew in Block-T for being such a sound bunch of people to work with. Check back here for more Minimum Maximum events in the near future or on the Facebook page. Photos by Colm Moore.