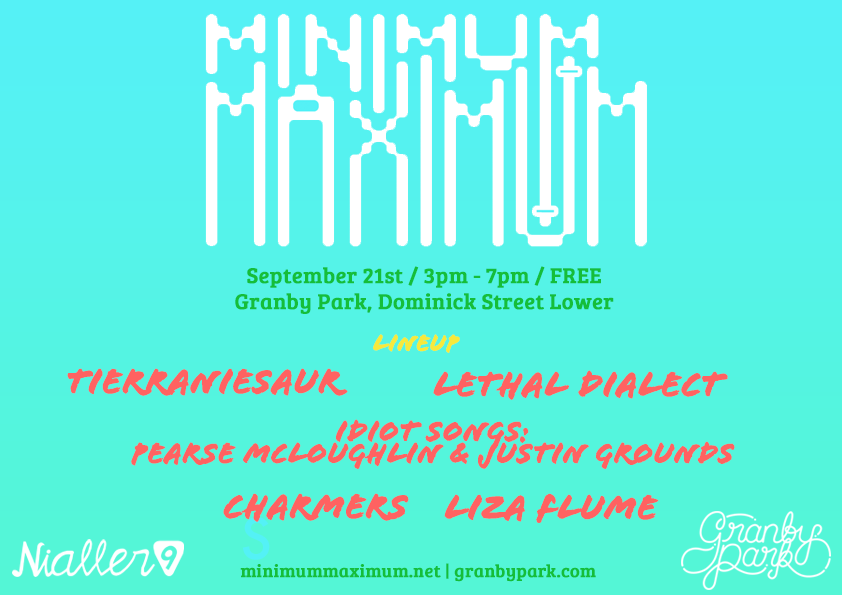 Last September, along with the huge help of Monster Truck Gallery, I ran a series of events called Minimum Maximum which was a great success. This year, it’s back, in slightly different form. Minimum Maximum will be a series of once-off gigs in non-traditional spaces presented and curated by me, Nialler9.

The first of which is taking place on September 21st in Upstart’s Granby Park popup on Dominick Street Lower, which opened last night, one day before it closes its month run. In the afternoon from 3pm til 7pm we’ll have a FREE all-ages gig with lo-fi diysco-rockers Tieranniesaur, Irish hip-hop’s leading light Lethal Dialect, recent Nialler9 album of the week recipients Pearse McLoughlin & Justin Grounds as Idiot Songs, The Cast Of Cheers’ Conor Adams side project with Dave Green Charmers and Australian Dublin-based acoustic looper Liza Flume. See Facebook event and MinimumMaximum.net and its slow-changing colour background for more.