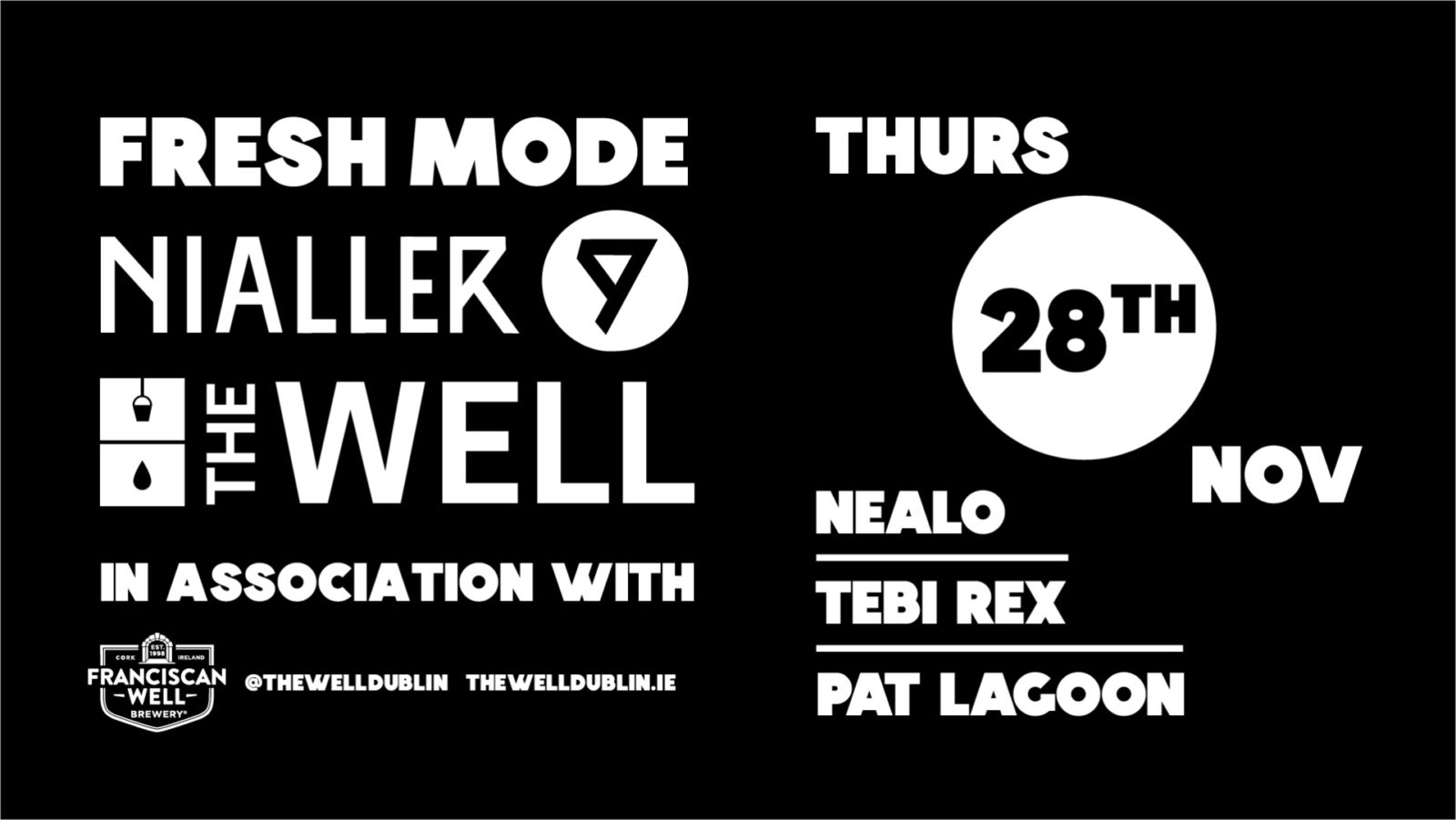 For our finale of Fresh Mode, the three-part series in new spot The Well on Stephen’s Green, we have the whopper lineup of Nealo, Tebi Rex, and Pat Lagoon showing up.

Tickets are free  with a complimentary pint of Franciscan Well’s Pilgrims Session Pale Ale. Sign up on Eventbrite.

The Dublin born rapper & singer began making beats and writing lyrics in 2018 as a form of catharsis to find a home for his thoughts and poems on paper. Over the course of the next few months he managed to sell out 3 headline Dublin shows and finished the year closing the Dublin Literary Festival in a memorable night in the GPO. Nealo’s laid back blend of introspective hip hop over jazz influenced beats is a complete contrast to what you would expect from an ex hardcore punk vocalist, but it has worked its magic to carve him out a loyal following, in Dublin.

Following the release of their debut album The Young Will Eat The Old and sold out headline show record, Tebi Rextop off a year that has seen them named one of RTE 2FM’s Rising names for 2019, make their UK debut at The Great Escape, team up with AWAL and invited to be one of the fifty showcasing artists at the inaugural Ireland Music Week, this show and the album are set to confirm Tebi Rex as one of the country’s most influential and exciting musical artists.

The 20 year old rapper from Waterford City in the south-east of Ireland has been making rap music that has turned heads. His influences stem from artist like NAV, Tyler the Creator, Joey Badass, 88Glam and Majid Jordan. Lagoon has released two joint EP’s “Agua Sippin EP” and “Recess”.