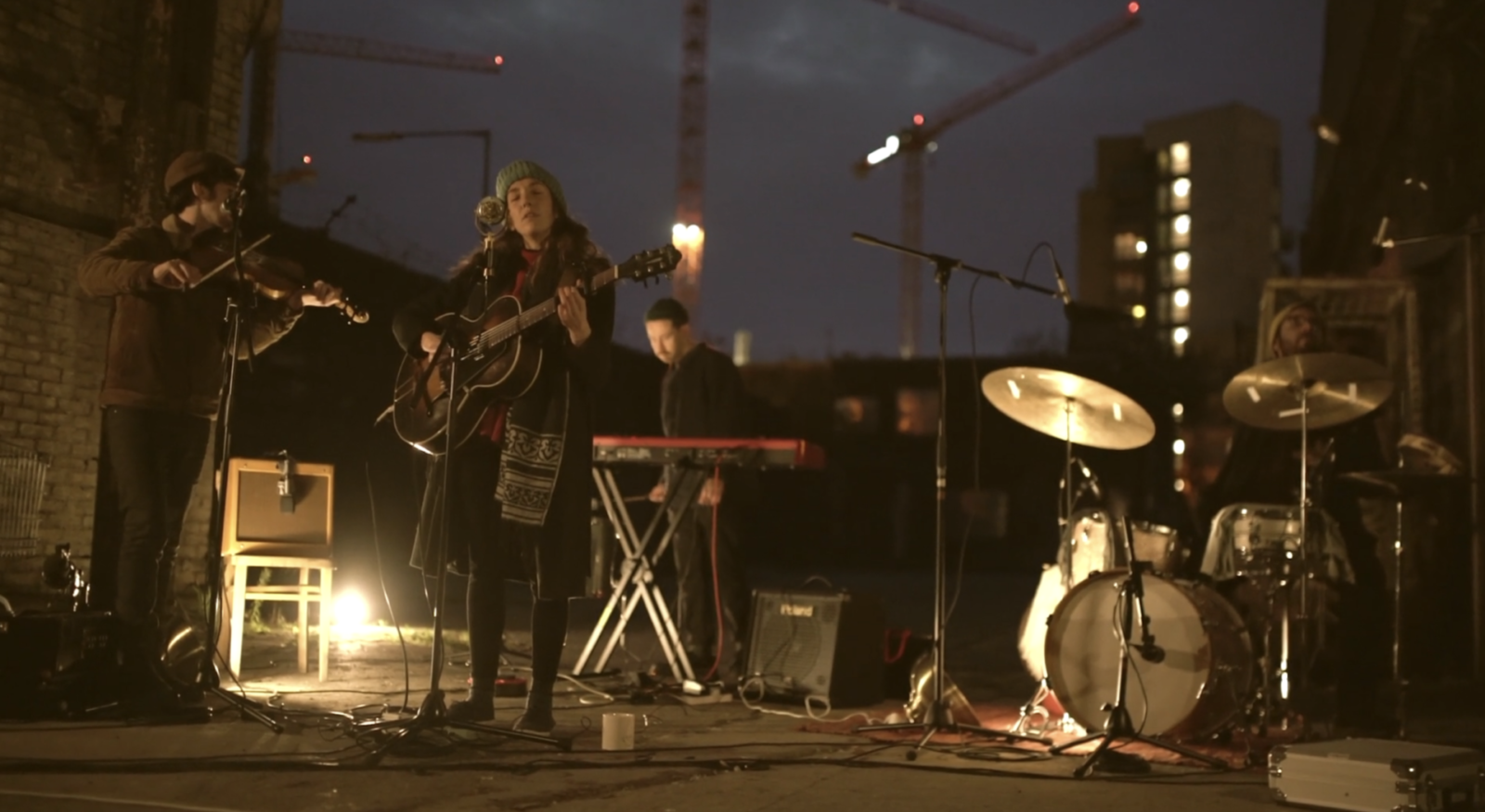 “This performance of Idle Mind was filmed in the docklands in north Dublin. Cranes were hovering above us like vultures, with yet another shiny office block or hotel on the horizon. The song expresses a frustration towards apathy, in the face of dramatically changing landscapes. Working with Myles was an obvious choice – we’ve worked together before and he’s a brilliant filmmaker. Our original plan was to shoot the performance inside, but Myles insisted on an outside shot in the dimming light.”