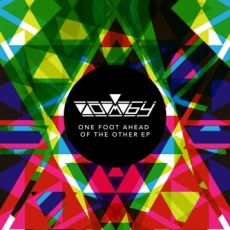 Both of these exciting UK producers debuted tracks through XLR8R yesterday.

Zomby’s ‘Helter Skelter’ will come as no surprise to those who have heard the likes of ‘1 Up’ and ‘Spaceman’ with its off-kilter arpeggio video-game hypno-synth. It’s from the forthcoming mini-album One Foot Ahead of the Other which is out in September. Read his entertaining press release at Adnans. A round of applause for that cover art too.

Hud Mo’s new cut meanwhile has an old-school soul jam band feel. I’m half expecting Erykah Badu to show up and blast her tonsils over this one. It’s taken from forthcoming album Butter out in October and a couple of new tracks are on his Myspace. Fact reports that it includes a collaboration with Dam Funk.