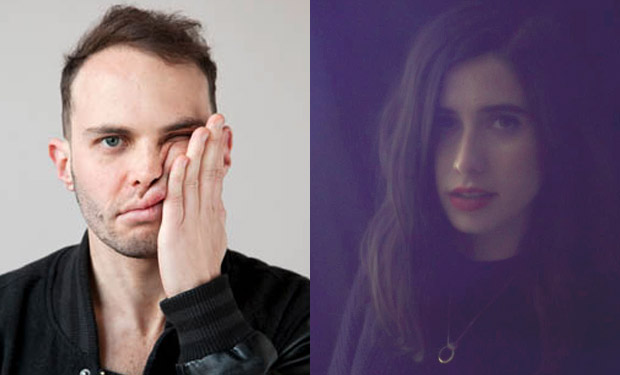 You may recognise Valentina’s voice from last year’s Two Door Cinema Club song The World is Watching or Joe Goddard’s 2011 club hit Gabriel. The Italian/English singer’s debut single on the Greco-Roman label, Wolves, marks the singer’s step into the spotlight with a slow-burning vaporous orchestral track.

‘Play by Play’ is a shimmering electro pop R&B track from Brooklyn’s Arthur Ashin that revels in its catharthic ’80s exalted chorus. The kind of song that could play on repeat for an hour and it’d still sound good. (album Anxiety now streaming)

UK Music site The Quietus were so impressed with William Doyle’s music that they started the the Quietus Phonographic Corporation record label to release the man’s galvanic electronic rock.

Sometimes all you want is some lush noise to accompany your day which is where New York ambient composer’s ‘Night Nails’ comes in. The serene song was recorded whilst she was pregnant with her first child.