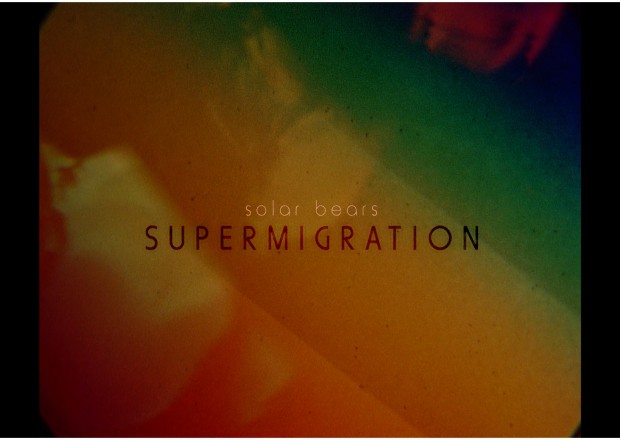 Being keen cinema aficionados, and with a new album on the way, Solar Bears have commissioned a short film by Michael Robinson featuring tracks from their new album Supermigration, out on Planet Mu on April 15th.

It’s a visually-oriented film featuring pulsating flashing images of textured bright colour, much like John and Rian’s artwork. It features previews of five songs from the album: ‘A Sky Darkly’, ‘Our Future Is Underground’, ‘Happiness Is A Warm Spacestation’,’Rainbow Collision’, ‘You And Me (Subterranean Cycles)’. The music is kaleidoscopic and more instrumentation-based than the debut album She Was Coloured In.

Michael Robinson told The Creators Project it was inspired “by the oscillating, iridescent forms of phosphenes, the colors and shapes that play on the back of eyelids.” So that’s what those shapes you see in the dark are called.