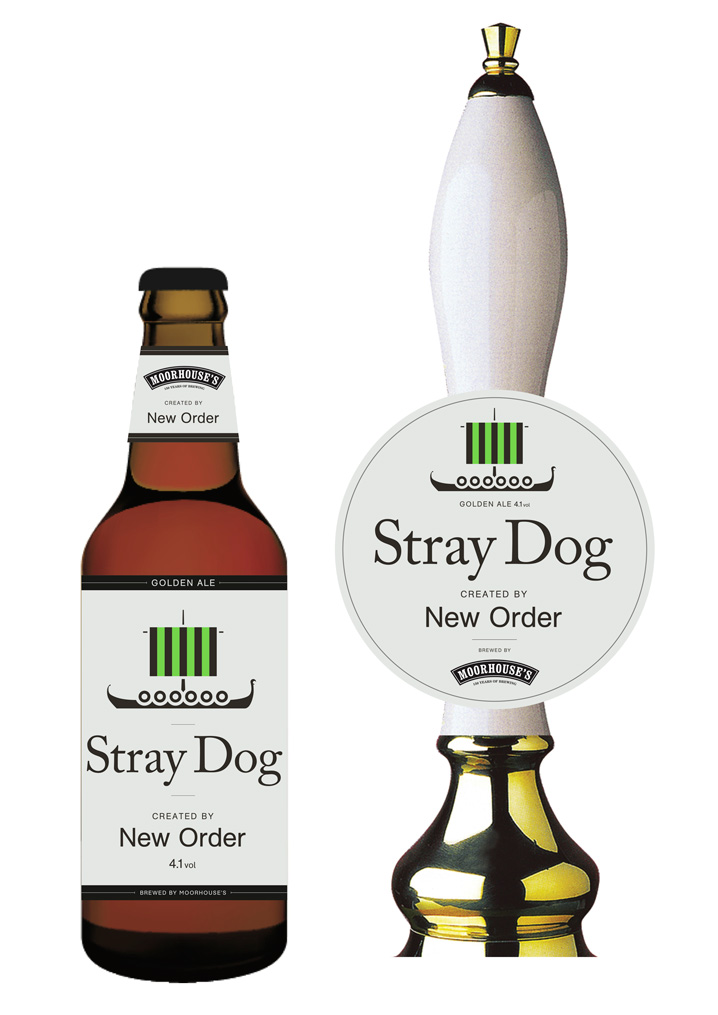 New Order have had a fine year and half with the release of Music Complete so now they’re getting into the beer game by releasing a beer in the Autumn.

Stray Dog, named after a song on the recent album was made with Moorhouse’s Brewery in the UK and is described as a “premium 4.2% beer, a refreshing and clean tasting golden ale, with hints of citrus fruit and lychee, all balanced by a subtle bitterness. Brewed using American Cascade, Centennial and Willamette hops, with the finest English Maris Otter malt, it was developed by head brewer Dan Casaru at Moorhouse’s new $6.5 million state-of-the-art brewery after a series of tastings earlier this spring.”

It’ll be available on tap and in bottles in UK pubs later in September.

The beer will be launched officially at a special New Order-themed evening at The Sawyer’s Arms in Manchester on Sunday August 28th, from 7pm, with DJs and competitions to win special merchandise.