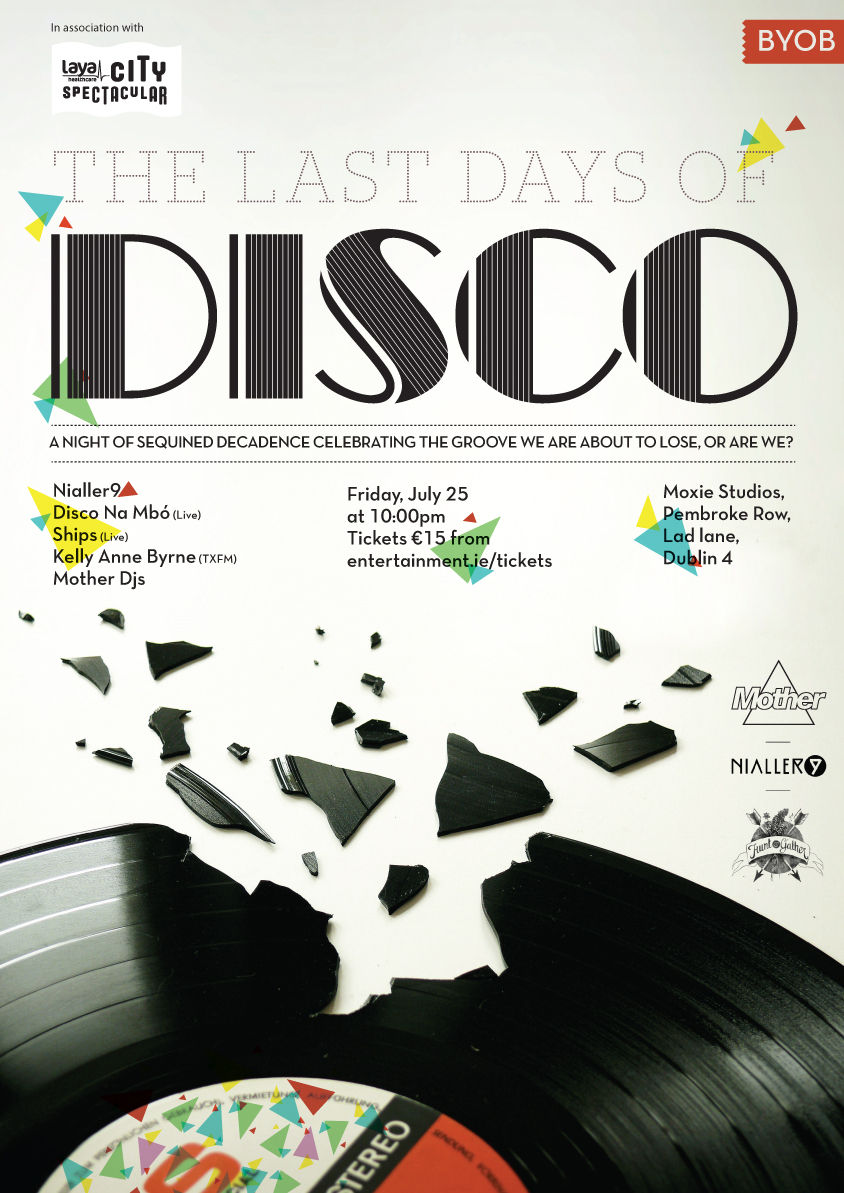 Unfortunately, the gig tonight will NOT GO AHEAD. The venue has been prohibited from putting on any further events due to complaints and fire officer issues. We’re going to look at rescheduling it for a few weeks time if possible as 300 people had bought tickets and it’s just not possible to find a venue with 400+ BYO capacity at such short notice. If you’ve bought tickets, you will be offered a refund shortly. Let your friends know.

Next Friday, July 25th, Mother and Nialler9 are teaming up for a special event in Moxie Studios as part of the Laya Healthcare City Spectacular celebrations.

The Last Days Of Disco will feature live sets from Dublin electronic synth-disco band Ships, Sligo’s disco and funk-indebted electronic live band Dioscó na Mbó while DJ sets will come from Mother DJs, Kelly-Anne Byrne (TXFM/Today FM/Burnin’ Up club) and me, Nialler9. The night will honour the renaissance of disco in Ireland in a celebration of rise and demise (and rise again?) of disco.

The gig will be a BYOB event, and Hunt and Gather will be dressing the venue. It starts at 10pm and goes til late. Tickets are €15 each from Entertainment.ie.

Happenings & Homebeat present Another Love Story in Meath – a gathering, not a festival