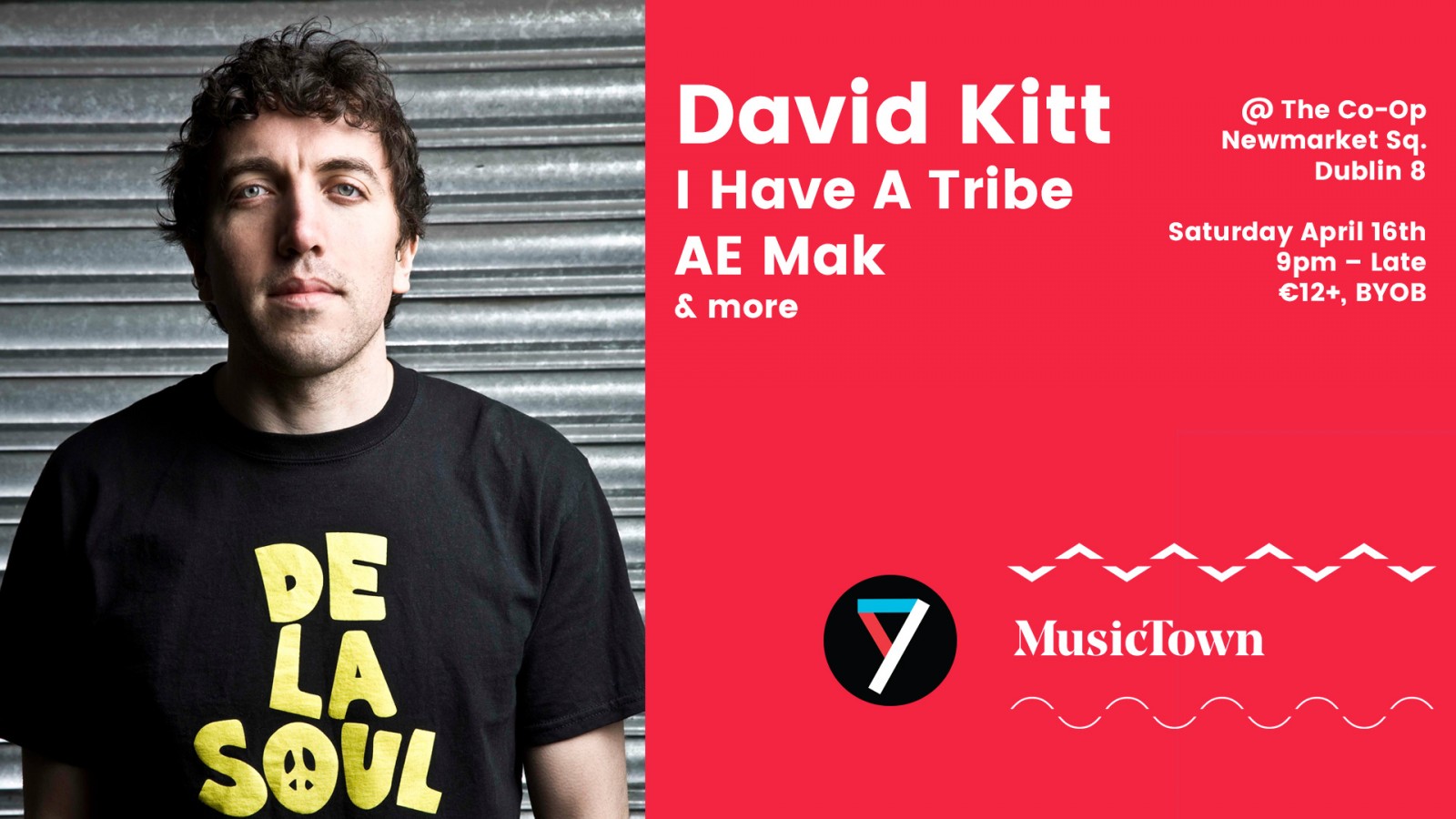 On Saturday April 16th, I am putting on a gig as part of Musictown, the festival celebrating music talent and culture in the capital of all genres by Dublin City Council.

It’ll be a part of the Minimum Maximum series of special events in unique spaces and it will take place in the Dublin Food Co-Op in Newmarket Square, Dublin 8 (previous places have included Monster Truck Gallery, Block T and Wood Quay Amphitheatre).

On the night, there will be a lineup Irish emerging talent and established artists featuring:

David Kitt, I Have A Tribe, AE Mak and more.

Following his nationwide solo tour that included a sold out Whelan’s date, David Kitt will be playing songs from his revered albums past along with new ones from his forthcoming seventh album due this year. Patrick O’Laoghaire’s piano-based missives under the I Have A Tribe name brim with emotion, honesty and storytelling. New duo AE Mak, Aoife McCann and Ellie McMahon are influenced by tUnE-yArDs and Anita O’Day and perform with an emphasis on rhythmic vocal lines and harmonies. More artists to be confirmed.

The event is BYOB. Early bird tickets are sold out but late birds are on sale now priced at €20+.