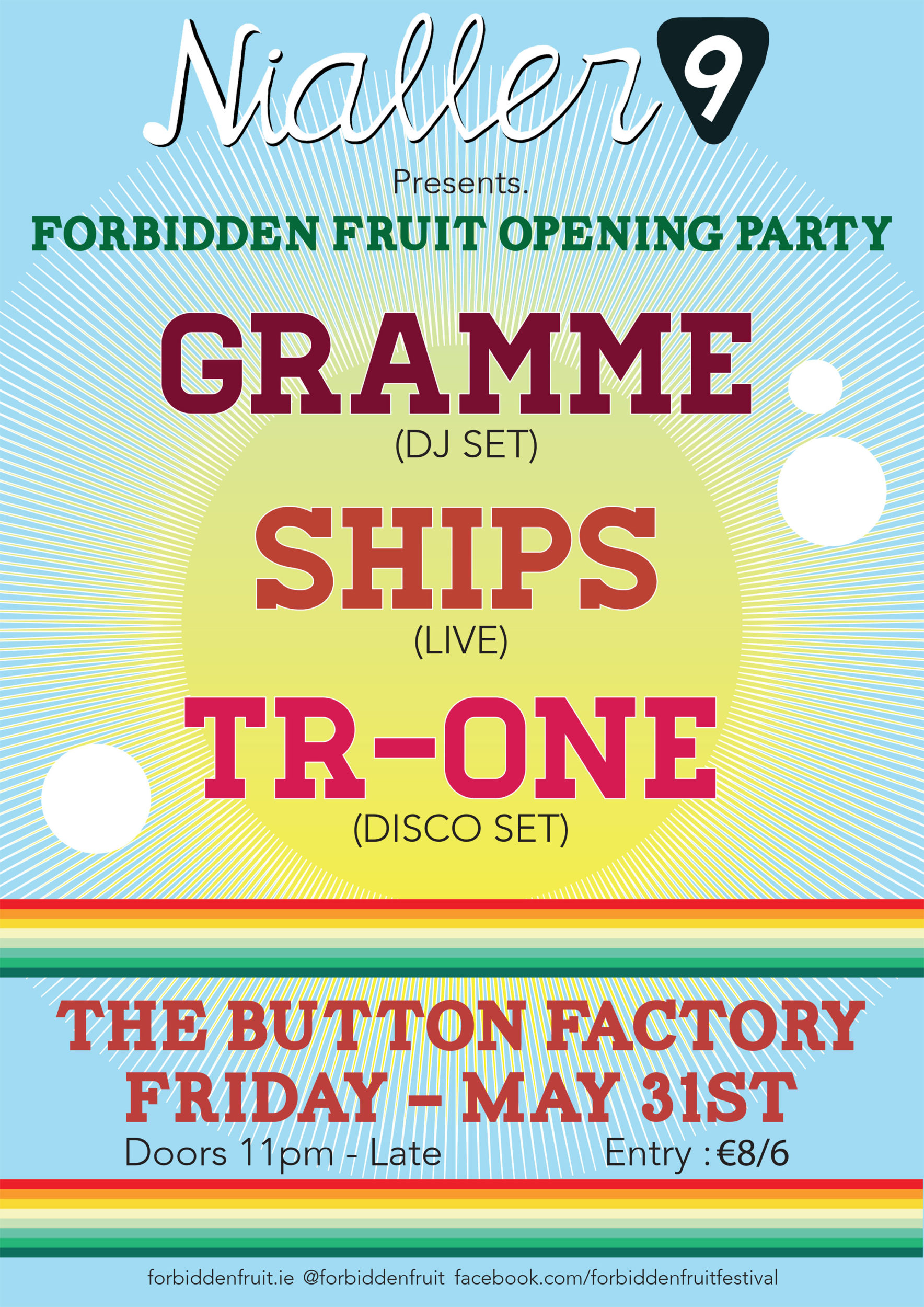 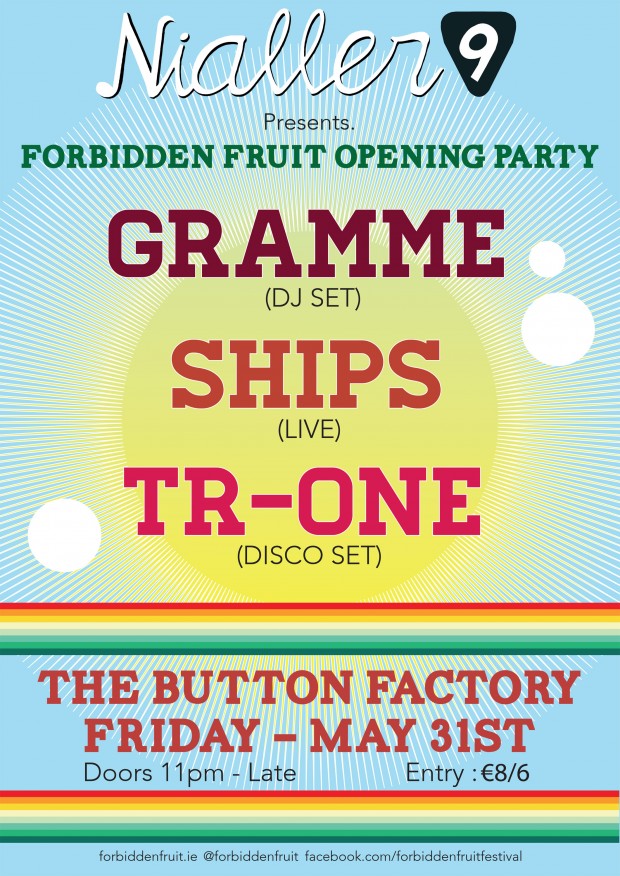 Before Forbidden Fruit gets underway on the June Bank Holiday weekend of June 1st and 2nd, I’m delighted to present a Nialler9 Forbidden Fruit Opening Party on the Friday night where the emphasis is on DISCO.

There’ll be a live set from rising Dublin duo Ships who seriously impressed me with their new songs at Camden Crawl Dublin a few weeks back that I had to ask them back. There’ll also be DJ sets from UK disco punk and DFA Records/Hot Chip influencers Gramme and a special disco set from Carlow’s TR One who recently teamed up with David Kitt as Bande Apartment on a release of disco edits on Apartment Records.
Tickets €8/ Cheaplist €6: Comment on Facebook event.

Listen to the lineup below: