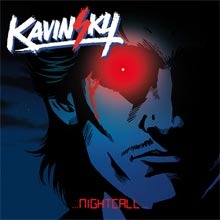 Girl Crisis – ‘Come As You Are’ (Nirvana cover)