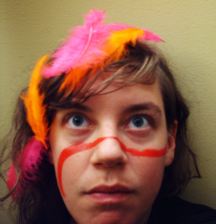 The Golden Filter – Hide Me

Lots of great local lineups this week around town with a couple more Haiti benefits as well as recommended international gigs from Beach House (sold out), Tune-Yards, Breakage (Roots Manuva and Burial appear on his forthcoming album – hear his Roots and Flying Lotus collaborations below), DMX Krew, Midlake, The Leisure Society and more. Sample MP3s below too.

MP3: John Shelly and the Creatures – Long May You Reign

MP3: Vengeance and the Panther Queen – Keep it On the Phone
[audio:https://nialler9.com/mp3/VATPQ_-_Keep_It_On_The_Phone.mp3]