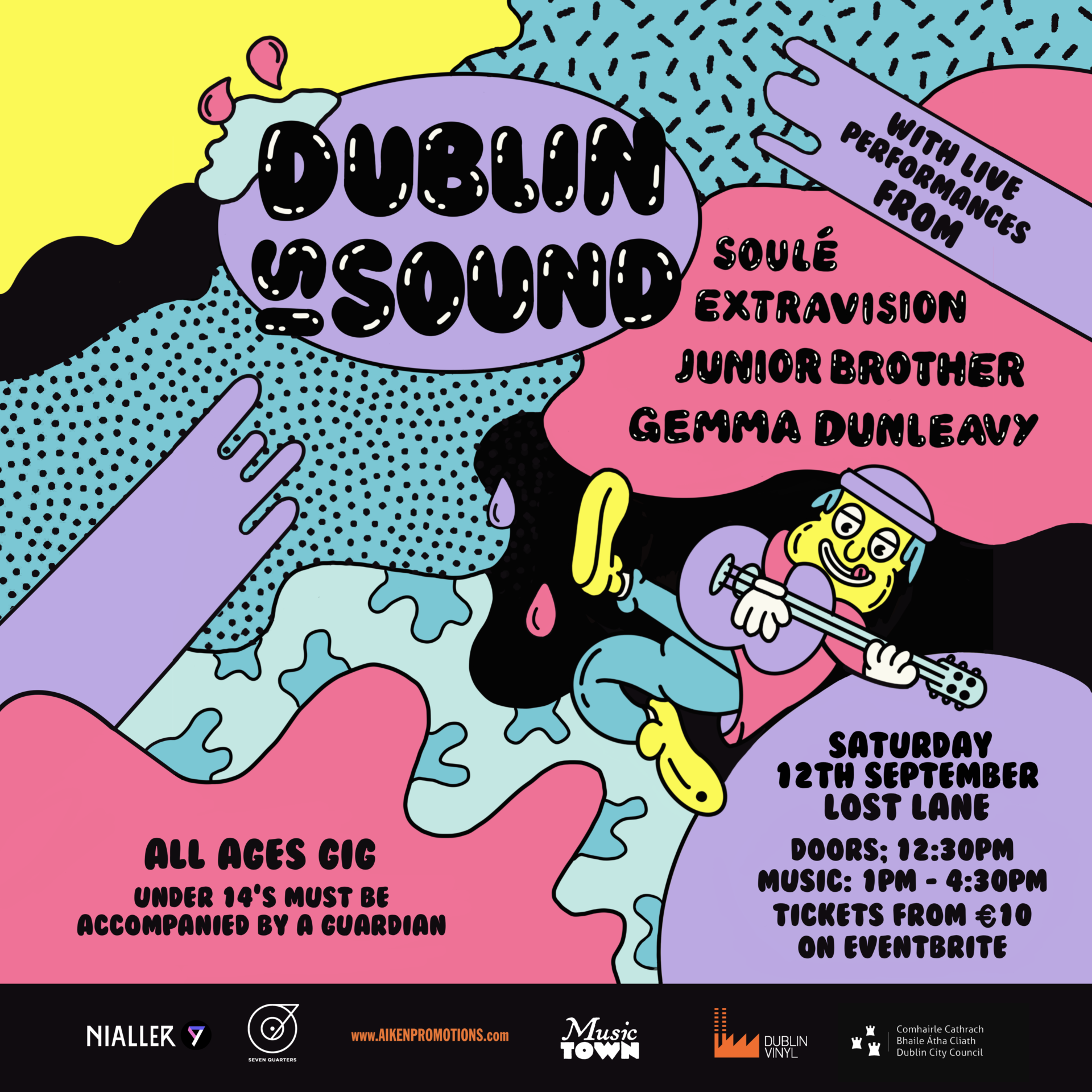 Update: This event is us due to to be reannounced.

Last year, Nialler9 put on Dublin Is Sound – an all-ages event co-hosted by Seven Quarters as part of the Musictown programme in April that offered young music fans the chance to experience 4 of the best emerging acts in a daytime venue environment.

We had Pillow Queens, God Knows, Squarehead and Tebi Rex play live and we also produced a 12″ vinyl record with a track from each act that was only available at the gig and was made in Dublin Vinyl’s own vinyl pressing plant in the city.

We are delighted to be able to put the event on again in 2020 with thanks to Musictown and to offer an all-ages gig experience once again. On Saturday September 12th, Dublin Is Sound will take place in Lost Lane off Grafton Street from 12.30pm to 5pm with live performances from::

The Dublin R&B artist who broke through with Up De Flats and is headlining the 3Olympia in April.

Tickets are €12.50 with a limited edition 12″ vinyl record featuring a track from each of the 4 acts.

The vinyl is pressed in the city by Dublin Vinyl with specially-designed artwork by Dublin designer Kelly O’Dowd in response to the music.

– Under 14 are welcome if accompanied by a guardian

– This gig is not suitable for younger children especially 5 and under as it will be hosted in a live capacity setting and noise might affect their hearing.

– We would also advise ear protection is brought along as this will not be available at the gig.

– Soft drinks and water will be available at the gig.