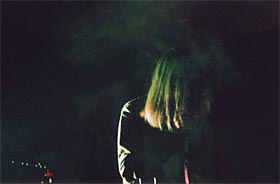 Taken from the forthcoming remix album of Patrick Kelleher‘s debut album – You Look Cold, comes this gem of a remix from Richie Egan aka Jape.

Jape turns the original’s haunting somnambulist campfire fingerpick into an ambient motorway journey in which the car takes off from a desolate country field into the night sky. It’s the kind of thing that Shackleton or Moderat might have done with this tune.

There will be 13 reworks released on the remix album probably titled as You Look Colder on CD/Digital in the New Year through Osaka from the likes of: Cat Scars, Jape, Hunter-Gatherer, Hulk, Katie Kim, Legion of Two, Skinny Wolves, Thread Pulls, David Kitt, Fucktotem, School Tour (great name for a band), The Booklovers, Toymonger.

Get the headphones on for this one.

More remixes from the album appearing here in the coming weeks.