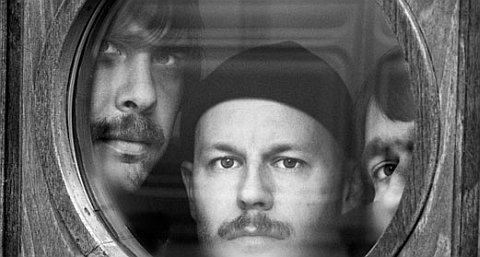 Kanye leaked this track and you can see why. It’s a bit of a stylistic departure for the Swedish band but then again, if you consider a whistled hook a gimmick, then you could say the same trick is employed here with a gang of cute kids. I’m liking this a lot have to say.

WORLD PREMIERE … THEY SENT THE SONG TO ME FIRST! PETER BJORN & JOHN… SHIT IS DOPE!! DRUMS ARE CRAZY AND I LIKE THE KIDS ON THE HOOK. THERE NEW ALBUM IS CALLED “LIVING THING” ….. WITH ALL THAT SAID I DON’T KNOW THE NAME OF THE SONG… LOL!!!… I’M GONNA ASSUME IT’S CALLED, “NOTHING TO WORRY ABOUT”

Peter Bjorn and John – Nothing to Worry About

It bodes well for the album after the rather strange other new song ‘Lay it Down’, a video for which appears after the jump.