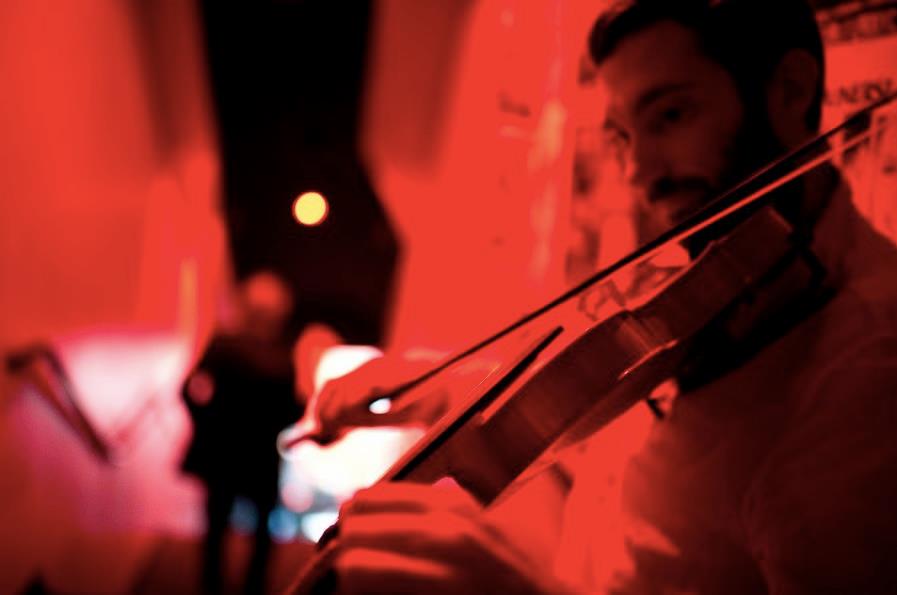 Update: A few people have taken issue with my opinions below. Let me just stress this, I wrote this from my own view of why I felt trad was reinvigorated. I didn’t intend to make grand statements about trad music as a whole, I’m not a trad ‘expert’. The article title was intended to refer to my reasons (and to draw people in to reading it), i.e. five artists I wanted to shine some light on it their field to my audience and not some big statement designed to offend people who devote their lives to traditional music in Ireland.

Trad is as big a part of our heritage as it’s perceived that Aran jumpers, sheep, Guinness and leprechauns are. So it’s not surprising that the genre of music, in terms of a modern context, is often maligned as old-fogey music or music for pubs and rural areas. It’s understandable that trad will be disregarded by succeeding generations who hit upon their twenties who have grown up with it their whole lives in favour of a Skrillex drop or the more global R&B chart pop or something.

But there are movements afoot. Just as those who said the Irish language would die out were proven wrong by a reclamation of the language in the last 15 years by the very people who hated studying it in Irish schools (its neverending grammar and distinct lack of speaking the actual thing was the definition of no craic), so too, is Irish trad being reclaimed, being pulled back from the brink of its own folk obscurity and a lot of that work is being lead by a few individuals. Here are five reasons why Irish trad music is now very much modern music.

Consisting of fiddle player Martin Hayes, guitarist Dennis Cahill, Thomas Bartlett on piano, sean-nós and one-time Afro Celt Soundsystem vocalist Iarla O’Lionaird, and Caoimhin O’Raghallaigh (fiddle and viola), The Gloaming is a sort of a trad supergroup who make trad music like its a lush film score. It’s the coming together of the elders Hayes and Cahill with O’Raghallaigh and Bartlett that makes for trad music from a fresh perspective. 25 year old Bartlett, who also performs as Doveman and has played with The National and Antony & The Johnsons, hails from Vermont and that outsider perspective works its way in on the compositions. The sound is one that fits in with the new generation of experimental neo-classical music that is typified by people like Nico Muhly who Bartlett has worked with in the past. It’s contemporary yet rooted in tradition. It’s epic but also intimate. Its international circles that The Gloaming move in so it’s no wonder that longtime Bartlett friend, himself a fine folk musician Sam Amidon is supporting them at their next live gig at Vicar Street on May 12th. Tickets are €28 plus fees.

If we’re talking about being firmly rooted between the traditional and the modern, then no-one embodies that more perfectly than Mossy Nolan on his just released self-titled debut album being that it’s compiled entirely of versions of Irish trad songs and original compositions. The trad songs are some you may know, ‘Tunnel Tigers’, ‘Spencer The Rover’, ‘Dark Horse On The Wind’, ‘Si Beag Si Mhor’ and Hiberian folk song ‘Wild Mountain Thyme’. That the songs are delivered from a younger mind (though Mossy’s voice doesn’t necessarily sound young) imbue both the covers and originals with a freshness of youth. The originals in particular sparkle with vigour and the kind of guitar passages and notes more at home with a John Fahey release than trad.

Perhaps the most experimental trad musician Ireland has at the moment, Rathfarnham-born Caoimhín is the young thread that binds others in this list but on his own solo fiddle playing is evocative, textural, gentle and exploratory. With one instrument, Ó Raghallaigh can make music go wandering down beautiful reflective paths. He is fond of pushing the boundaries of the fiddle and the viola and has looped and used electronics in his compositions to that end. He also uses the unusual 10-string Hardanger fiddle, a national instrument of Norway. In fact, a lot of his solo pieces take you to the same kind of headspace that the drone-based electronic music does, it conjures different spaces in time that do not or have never existed. Fitting for someone who is making progressive traditional music. Look out for his other new project This Is How We Fly.

4. The Spook Of The Thirteenth Lock

The Spooks are a rock band whose starting point is Irish folk. You’ll notice some of traits of jigs and reels with accordion, cello and banjos utilised throughout. It’s Celtic rock but it’s not bashing your brains in with notions of ‘Oirishness’ like The Pogues’ music can sometimes do. Instead, they draw their Irish side from the original rejuvenators Planxty and it feels like a natural result of a series of musicians who aren’t afraid to let that side mix with others so The Spooks have songs in three languages (Irish, English and Italian) and rock out by allowing the traditional to be consumed by psychedelic sounds

The sense of trad history is most obvious with Triúr of this list. Peadar Ó Riada, Martin Hayes and Caoimhín Ó Raghallaigh (yeah, him again) make up the three. Their compositions speak a modern language via the virtuosity and delicate weave of their playing. I often think of trad as another language that you have to learn and grasp but there’s something very universal in what Ó Riada, Ó Raghallaigh and Hayes do with a concertina and two fiddles that’s very easy to understand. It produces elemental outcomes: gentle foot taps and heartswelling melodies run their way through slides, jigs and reels as the three players lightly create substantial tunes. When I saw the trio play at Other Voices last year, it wasn’t remarkable that the inherently reverential music of trad worked so well in a church but what was surprising was how well it stood up amongst more modern sounds. As Hayes remarked on the night himself, “well I guess we’re living in a post-genre world”.