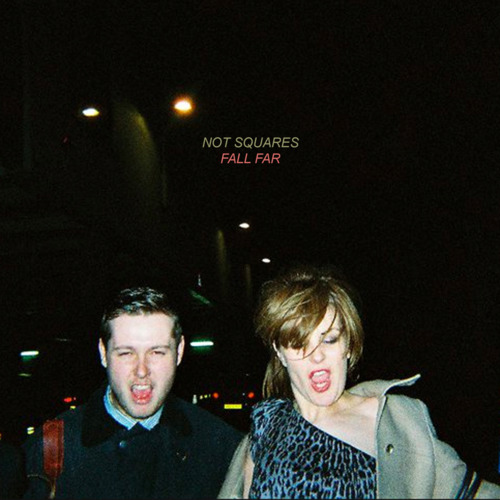 When Not Squares dropped into the Button Factory in Dublin a couple of weeks ago, they played a set that consisted almost entirely of new songs from a forthcoming release. The new material was notable for being a 180 from what had come before. Apparently out was the high energy cymbal crashes typified by ‘Asylum’ and ‘Release The Bees’ on Yeah OK and in its place was slower-moving electronic songs that sound like they were made for building tension on a dancefloor.

While it’s not always the ideal scenario to go to a gig expecting one thing and getting another that’s completely unfamiliar, ‘Fall Far’ was a standout of the night. In recorded form, the song sounds more like a record that would be released by Kitsuné, a “mirrorball ecstasy” electronic song with synth pop tendencies that would be pretty unrecognisable from Not Squares past. They’re moving on it seems and judging by ‘Fall Far’, despite the initial ‘WTF?” feelings, this is always a good thing.