This week’s podcast episode, #194, is about the issues around live touring for small to medium artists in a post-COVID world.

Live shows have returned for over a year now, but not without unforeseen new challenges of inflation, Brexit, cost of living and increased touring costs. Added to already existing dwindling digital revenues and the toll a touring loss makes on mental health, acts are feeling the squeeze.

One area where artists are looking to take the power back is on selling merchandise at live venues and festivals. A lot of medium to large venues take a 25% commission on artist merch sales by default, without providing any assistance. Some venues bring in an agency to manage merch and take the cut at source and in many venues this is a mandatory and sometimes additional cost. When it applies to support and emerging artists, it can really make the difference whether a tour makes money or not.

On this episode we spoke to Canadian rapper, writer, poet and activist Rollie Pemberton aka Cadence Weapon on some of the thoughts he has shared on the live music industry.

Rollie is an Edmonton-born, Toronto-based rapper and author of a new book about his life in music – Bedroom Rapper. Pemberton won the 2021 Polaris Prize – the Canadian album of the year prize – for his fifth album Parallel World.

Rollie has announced a North American campaign to end the practice of venues and festivals taking a cut from the artists’ merch – in association with the Featured Artists Coalition (FAC) and the Union of Musicians and Allied Workers (UMAW) to launch of the FAC’s 100% Venues campaign called #MyMerch.

The campaign has come in the wake of FAC’s UK campaign where 400 venues have now signed up to pledge not to take a cut on artist’s merch sales in venues. Ireland could do with a similar list.

It’s a practice that was largely unknown to fans, but recently has been highlighted by Dry Cleaning, Yard Act, The Big Moon lately, and even, Jack Antonoff has weighed in.

Niall and Andrea talk about how merch cuts work, and their issues, before we chat to Rollie about the campaign, his experiences touring last year at a loss and a previous 360 deal he signed that exploited every stream of income he had for 12 years, and his hopes for the future.

Listen to the episode below or subscribe in your favourite podcast app: 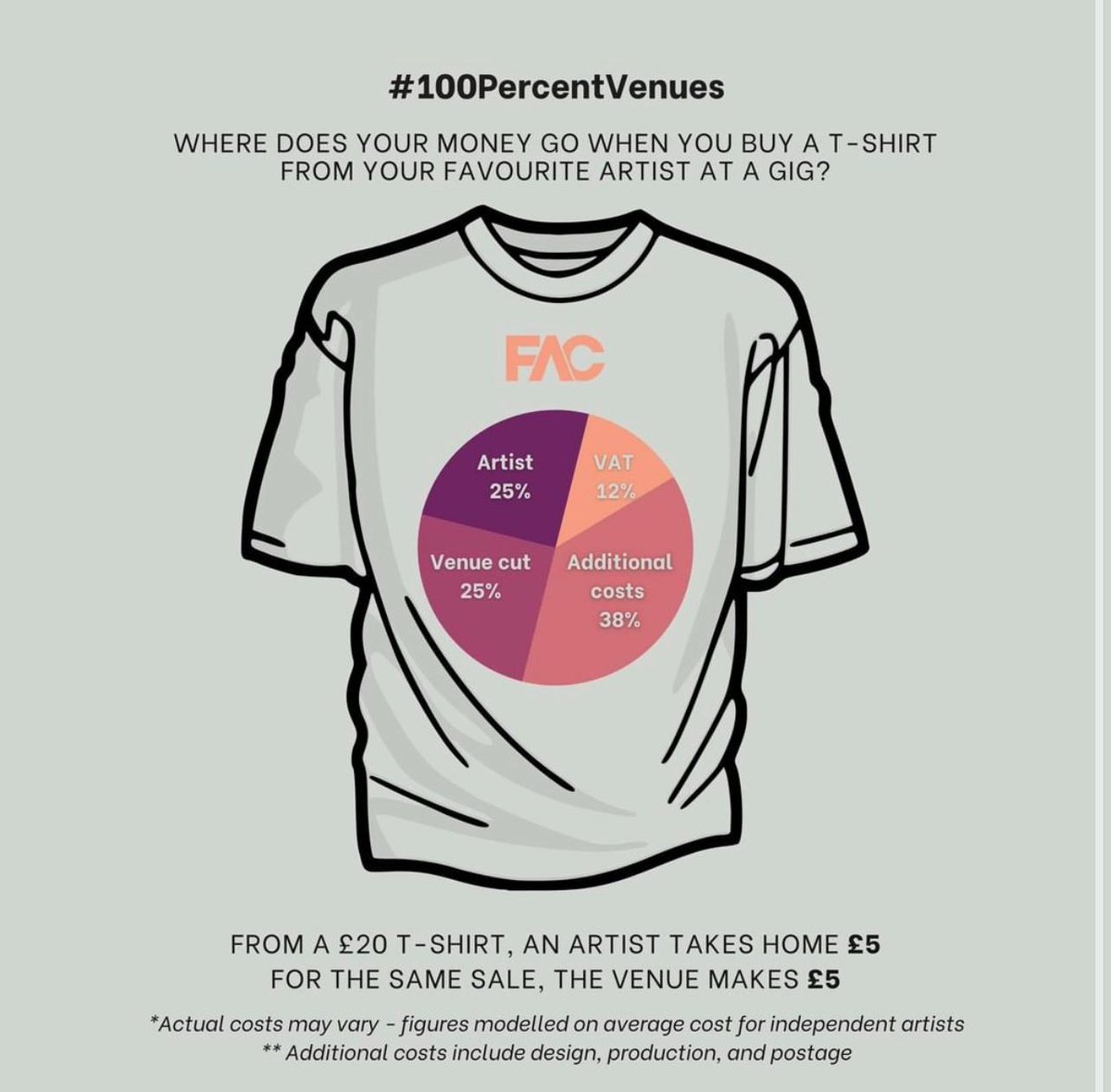