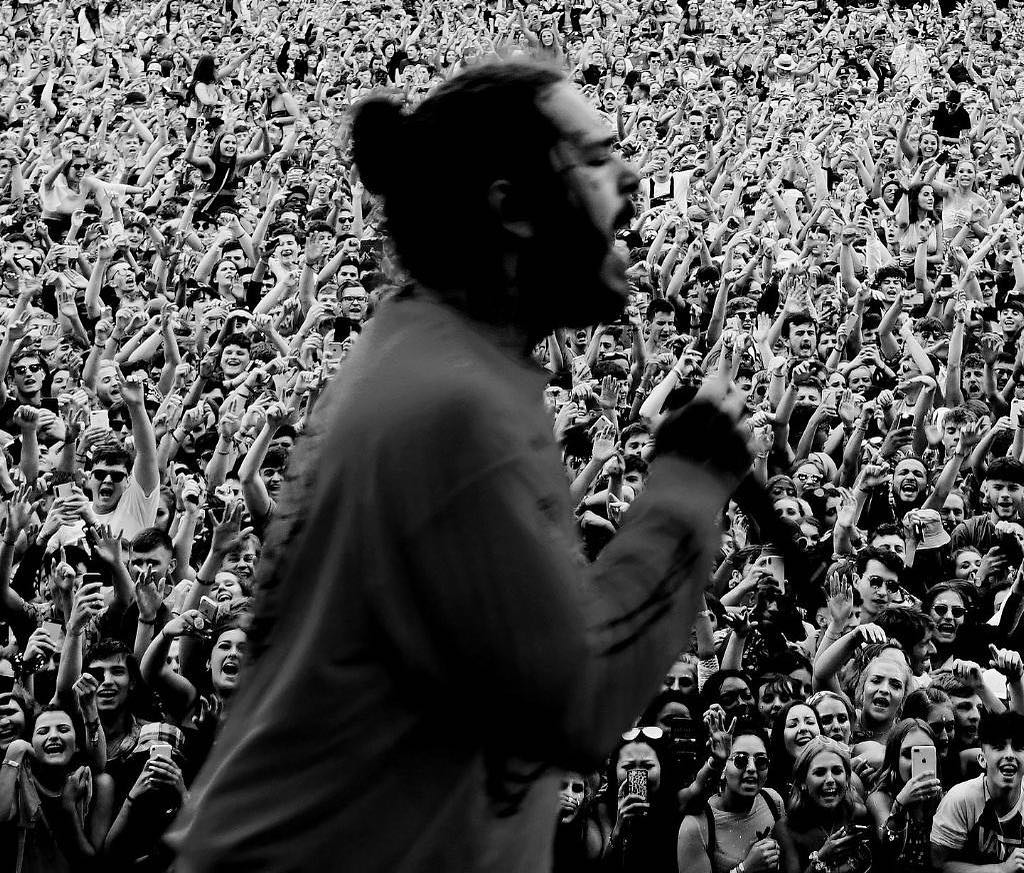 8 songs you need to hear this week

Post Malone is heading back to Dublin next year for a gig at the 3Arena Dublin on 14th February as part of the European tour.

Tickets from €55.65 plus fees on sale Friday 12th October at 9am from Ticketmaster. Under 16s to be accompanied by parent/guardian. Standing area 14+ only. Doors: 6.30pm.

Post last played here at Longitude (pictured above) and is fan of Irish drinking songs.
He’s also been in a scary amount of near-fatal accidents of late. 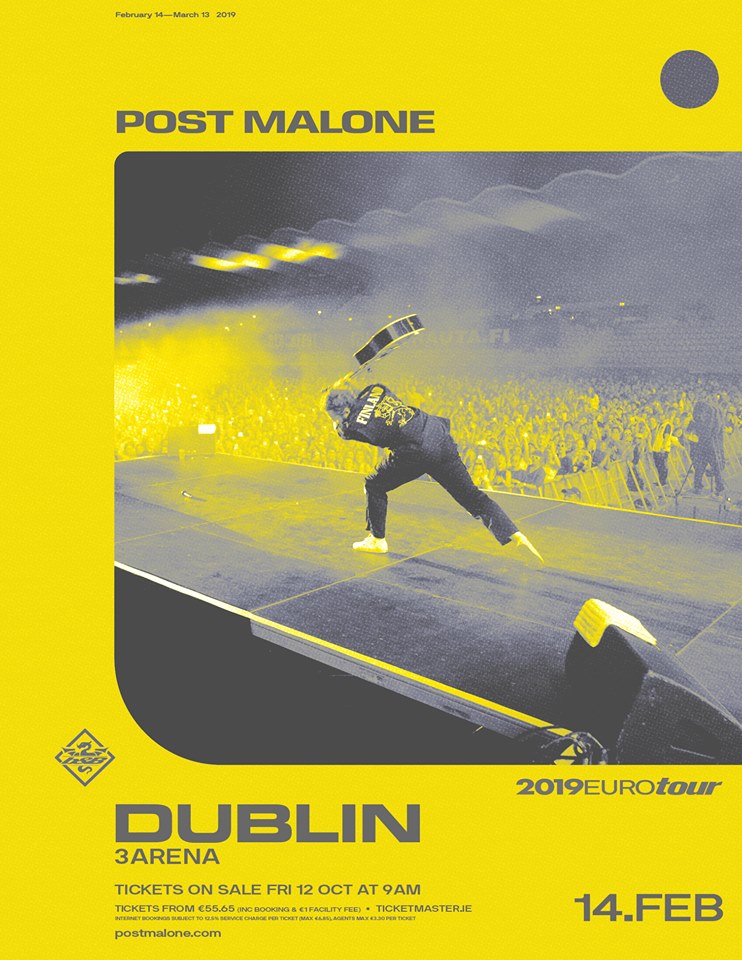