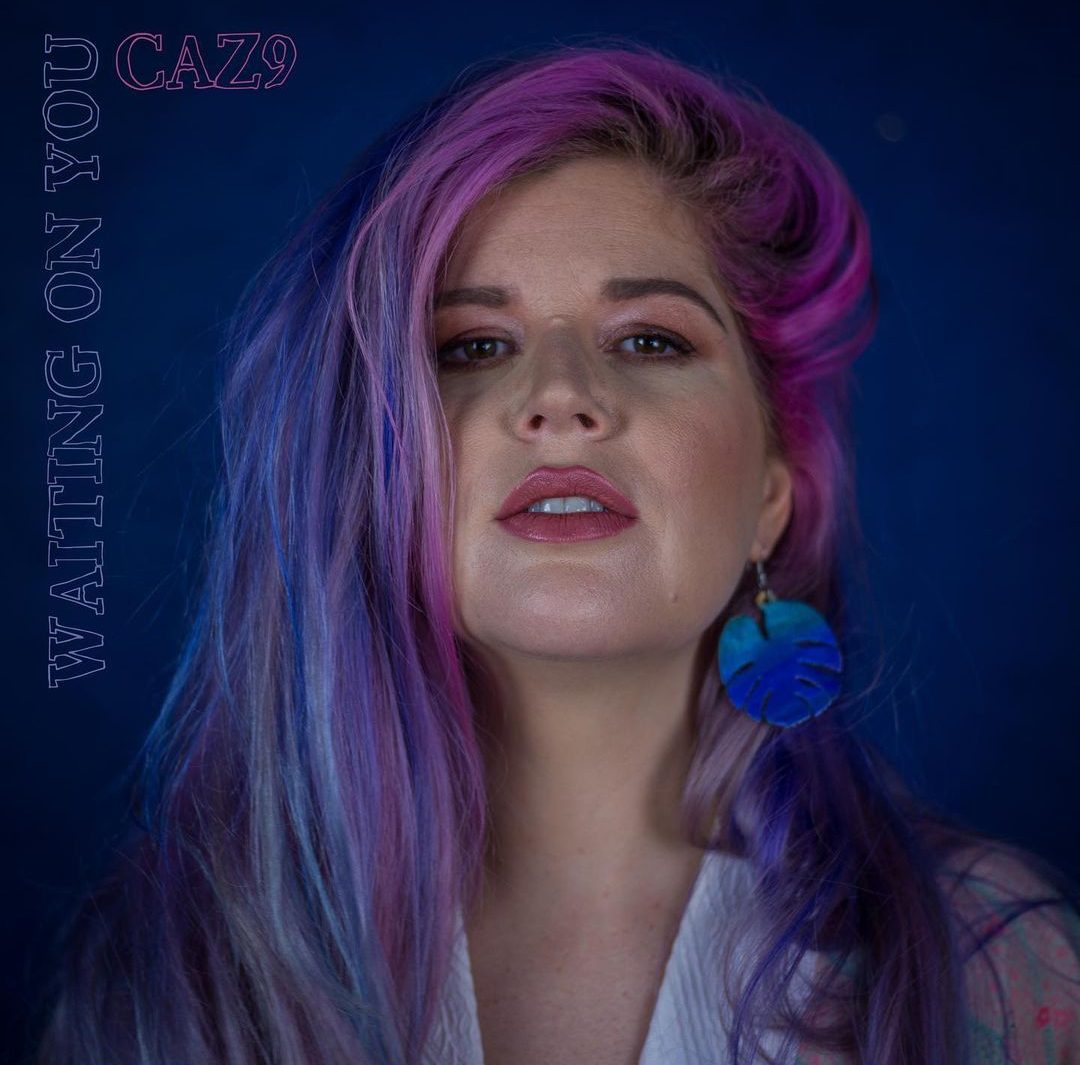 The multi-faceted artist, producer and singer-songwriter Caz9 has released her first single and video in a year since 2021’s ‘OK’.

Having spent the year since recording and writing music, and expecting her first baby, who is due next week (!), ‘Waiting On You’ is a song which arrives with extra poignancy thanks to the lyrics and chorus.

The song is a marked departure from the electronic sound on previous releases, with an organic open electronic/jazz/soul feel to the music with live drums played by Danni Nolan of Pixie Cut Rhythm Orchestra recorded at The Clinic in Dublin, with David Anthony Curley as engineer and producer.

‘Waiting On You’ is about stepping up and standing up for yourself.

Pre-Covid, I had a falling out with a promoter who pulled a gig for my band at the last minute. I surprised myself with how I reacted in the moment and wrote ‘Waiting on You’ – it felt like I’d been waiting on this version of myself, one who was willing to fight her corner and not back down from an uncomfortable confrontation.

“At its heart, Waiting on You is a self-love anthem, about accepting your own imperfections or perceived limitations. I guess in one way it’s about growing up, but in another way, it’s about acknowledging how far you’ve come, and the work required to facilitate that growth. Life is an ongoing journey – it’s ok not to be perfect or have all your shit together.”

Watch the video, where Caz embraces her pregnancy. It was filmed in December in Caz9’s home studio with her husband and collaborator, the photographer and videographer Nicholas Whelan.

“There hasn’t been a lot of pregnancy represented on screen or on stage during my time in the music industry, and I must confess that I felt I had to hide the fact that I was expecting – I had an irrational worry it might turn people off my music, or make me less relevant or something. I realised how messed up that is, and decided that I wanted to include this very real and incredible journey into my musical persona so other female creatives can see that you can do both. It doesn’t have to be one or the other and life will not end when I’m a new mum, it will just be a whole different level of chaos, I have no doubt! This next batch of songs has soundtracked a huge amount of personal growth for me, so in a way it’s a full circle moment that I’m about to bring new life into the world. I also found out that I was pregnant the first day I started recording in The Clinic, so these songs will mark this extremely precious time in a whole other way.”

Of the video, Caz says:

“We had an idea of ‘mirror-talk’, those moments where you big yourself up and give your own reflection a good talking to, so we spent the shoot exploring that idea, using hyper-speed and slow-mo to emphasise the passing of time. In the end I think we created a really beautiful little art piece that captures the emotions of the song. I’m delighted with how it turned out, and you can clearly see my little bump throughout.”

Waiting on You is available on all platforms for streaming and download from Thursday 27th of January.

Podcast: The music that got us through January