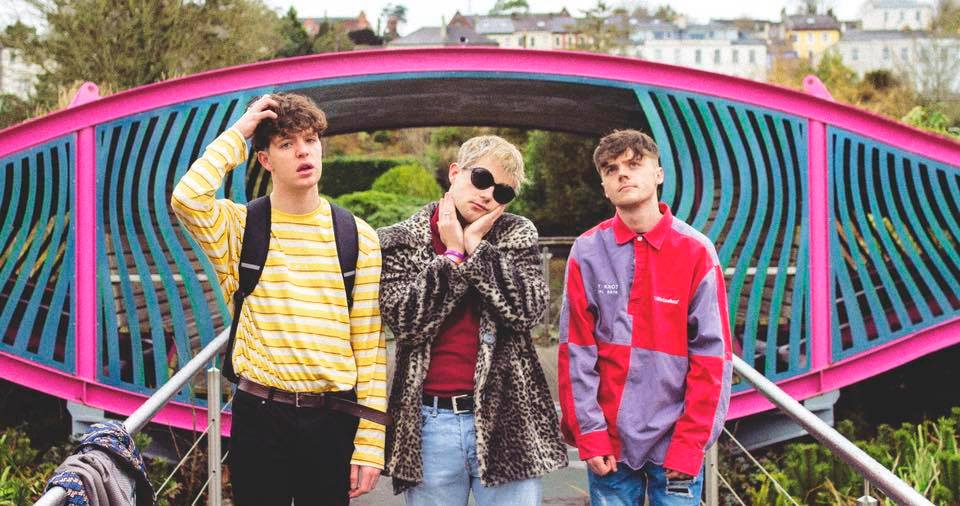 Happyalone. are Baxter Robot, Slee and Paperclip, a trio from Cork who claim to come from a ‘video game supernova’.

The rising group are becoming known for their ambient electronic music with celestial undertones, contrasted by airy, yet glitchy vocals which are usually lathered in auto-tune and reverb.

We first heard about them in 2017 when their debut single ‘Colours‘ made its way to the top of the Viral Top 50 Ireland playlist, since ranking up over 170K streams. In the past year, the band have gone from strength to strength, selling out a live show in Cork and playing Electric Picnic (we listed them as an act to see at the festival).

Their new single ‘WDYW4M‘ (which stands for What Do You Want From Me) is out today and sees a development of ideas touched upon in earlier material such as ‘Colours’ and ‘Ur Eyes‘. The song is less instrumentally busy than earlier music, with varying textures and sounds developing gradually throughout the song instead. The song is sonically ambitious, boasting an unusual mix of large soundscapes and gated drums which, altogether, make for a compelling listen.

It is the spacial awareness present in ‘WDYW4M’ that truly makes it stand out; Happyalone. resisted any temptation to over-complicate the writing, instead granting each different instrumental part the appropriate room to decay and release. The music is sensitively arranged and tastefully executed.

We’re very excited to hear more from these Cork boys.

Keep an eye on the band’s Twitter page for upcoming gig info.