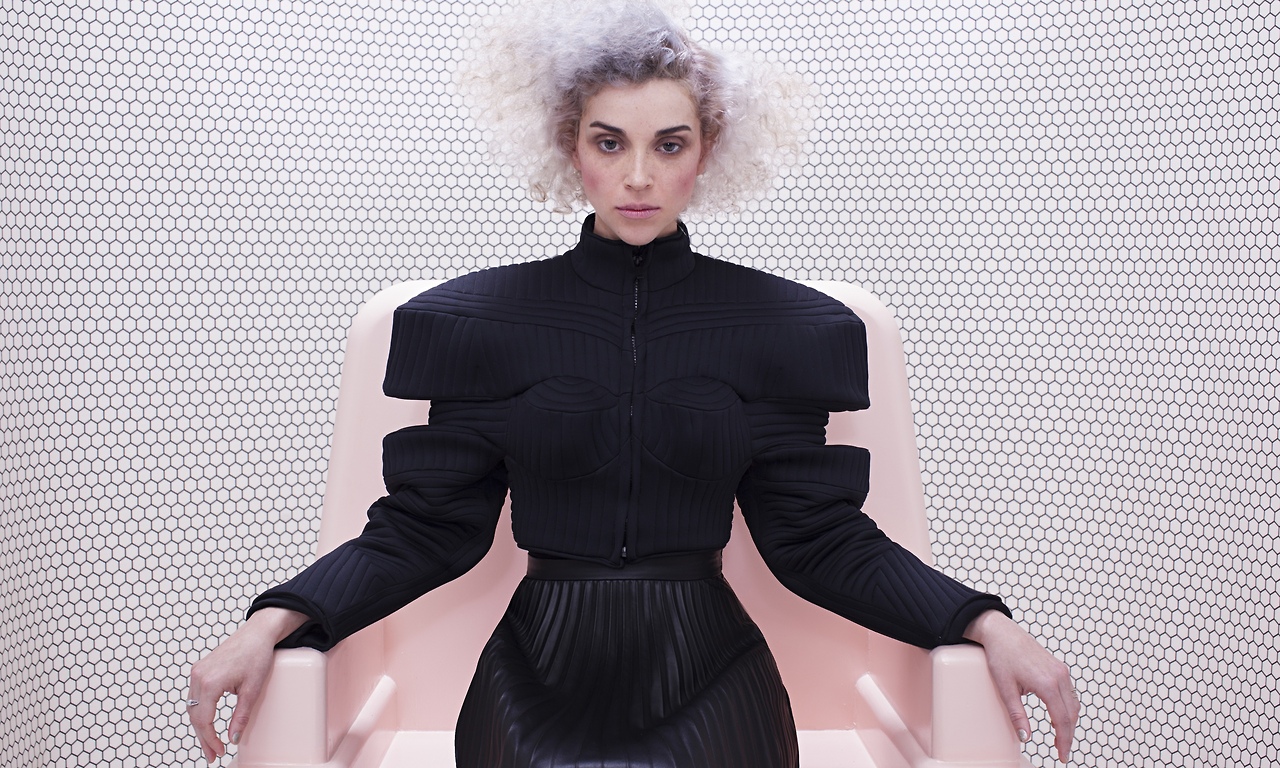 
Working collaboratively with a visionary artist like David Byrne has only made Annie Clark more fearless, more aware of her own convictions and more comfortable.

Witness the current live performances, which like, the Love This Giant stage shows, use simple choreography and glances between the performer and band and performer and audience. Her own stage shows were also getting more elaborate, the Button Factory show from a few years ago really did amp up the intensity via lightning and stage effects that served the song.

St. Vincent amps up the sonics on album four too; the music is getting increasingly singular as the Clark, who has always explored her own polymath vision does so with a more concentrated palette.

The guitar on St. Vincent’s fourth solo album encases the songs in a tough exterior with fuzz-guitar lines as heard on ‘Digital Witness’, ‘Birth In Reverse’ and ‘Every Tear Disappears’. Clark is a fine guitar player, a “shredder” but she reigns it in to short, sharp bursts of colour throughout.

The album has an indelible imprint of that Byrne collaboration too: both in its occasional brass echoes and its pursuit of craft and its rhythmic bounce: there’s a funk-rock stomp that echoes Love This Giant. Rather than pile on the orchestration as Clark has done on previous records, St. Vincent does more with less.

The latter half of ‘Huey Newton’, a song which drifts into Parisian synth textures before abruptly being brought down to earth by an elephantine fuzz riff, and Clark snarling about being “entombed in a shrine with zeros and ones” is an indication of Clark’s voice which has a greater versatility.

The slower songs also put her voice to the fore even if there’s choral atmospherics (‘Prince Johnny’ and ‘I Prefer Your Love’) or easy-drifting arrangements (‘Severed Cross Fingers’) Clark comes across as a warmer version of what she’s given us in the past, her emotions more easily resonating in a less-dense arrangement.

St. Vincent is out in Ireland on Friday through Loma Vista/Republic and Annie Clark plays the Olympia on Saturday.