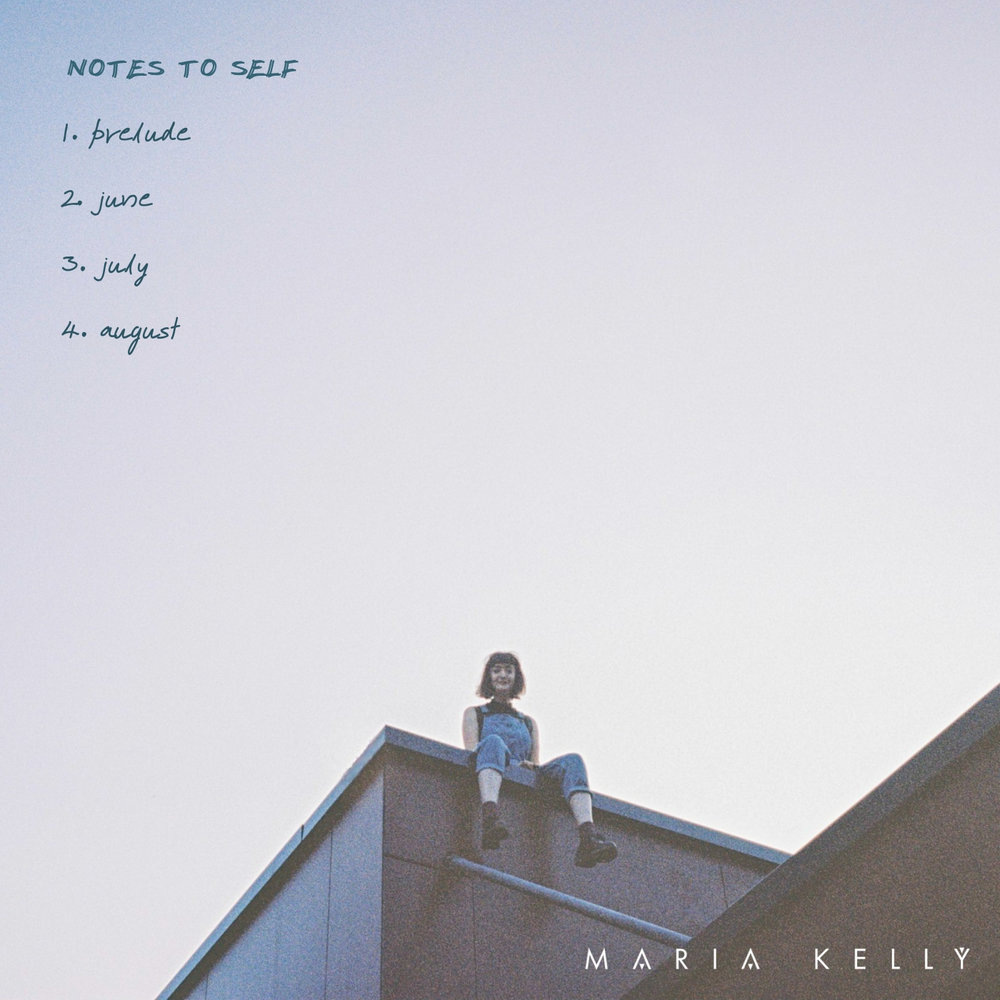 Maria Kelly has long been held in high regard over here at Nialler9.

The Dublin native, now Berlin-based folk artist has been featured here on a litany of occasions, most recently on our top 50 new Irish acts list.

Kelly has been busy honing an expressive brand of folk music. One whose emotional spectrum ranges from the unabashedly hopeful to the depths of despondency. Her half sung, half-whispered vocal delivery draws an audience in close, leaning into the music to try to catch every beat of a line’s cadence. It’s poignant folk music at its very best.

Today, we’re delighted to premiere her superb new EP Notes To Self on the site. To commemorate the occasion, we asked Maria to provide an annotation for each of the four tracks on the EP. In doing this, we hope to shed some light on the intricate creative process behind the entire project. Writing and releasing a full EP is akin to scaling a mountain. For the listener, it can be all too easy to neglect the often painstaking attention to detail and care that goes into making something like Notes To Self.

So take some time to have a read through the annotates and immerse yourself fully in the world of Notes To Self.

‘prelude’ began as a full 3 and half minute folk song, which I wrote about lamenting the past and imagining what could of been.

I thought it had some interesting parts but in all was a bit boring. I brought the song to my producer Matt, picked the bits of the melody & lyrics that I liked the most and we began pulling it apart together.

The recording process for this track is probably the most interesting of the four. We recorded the guitar & vocal together in one take in the living room, with all of the windows open and construction work going on outside. I wanted it to be rough around the edges but still very intimate.

We then decided to get a bit weird with the percussion sounds, using a mix of cutlery, a suitcase and some coins. Matt created a really warm musical bed and altered the chords, which resulted in this strange dream-like atmosphere. I feel like it creates this nostalgic look back in time, before it all swells into the present and ‘june’ begins.

‘june’ is about allowing time and space for negative emotions to exist. I wrote it during a time where I wasn’t letting myself be angry. I kept trying to find some way around it to avoid the fact that I was just hurt. So it’s a back and forth of sorts, between harboring the feeling and slowly finding courage to say what it is you want to say.

Production wise for ‘june’, I’d been listening to a lot of artists like Phoebe Bridgers and Fenne Lily, and I love the mix of acoustic/electronic within their work, as well as the percussive elements – I wanted to bring more electronic textures into the tracks than what we had done previously. I’ve always had a bit of a back and forth with percussion, with what works without getting in the way of the song, so it was fun to experiment with that in this one.

‘july’ is the most personally cathartic track on the EP for me.

Whereas ‘june’ deals with honestly expressing difficult emotions, ‘july’ is more about taking personal control of when you should let them go. It’s healthy to experience anger, but it quickly becomes an unhealthy thing if it’s making decisions for you. The song deals with a narrative of taking responsibility for what we choose to dwell on.

The track is quite tender and bare on it’s own, but Matt brought a jarring grit to it in the production, which I think really adds to the creepy-obsession vibes in the lyrics. The drums create a more dramatic vibe that I love and we used a lot of textures, including a reversed sample of playground audio.

‘august’ quickly became the obvious closing track of the EP because the sentiment behind it is simply about letting go of whatever it is that is holding you back. It’s about looking forward and making decisions in the interest of your own well being, taking full responsibility for the fact that it was, and is, entirely in your control.

I began the production on ‘august’ in my bedroom – we used most of the originals tracks, with some added touches by Matt to make it sound a little less like I recorded it in my shitty bedroom. But I messed around with the atmospheres and textures, I wanted it all to feel a bit dream-like again – and I had that guitar line in my head for the past while, there’s something about it I love a lot – I think it creates quite an uplifting end to the whole EP.