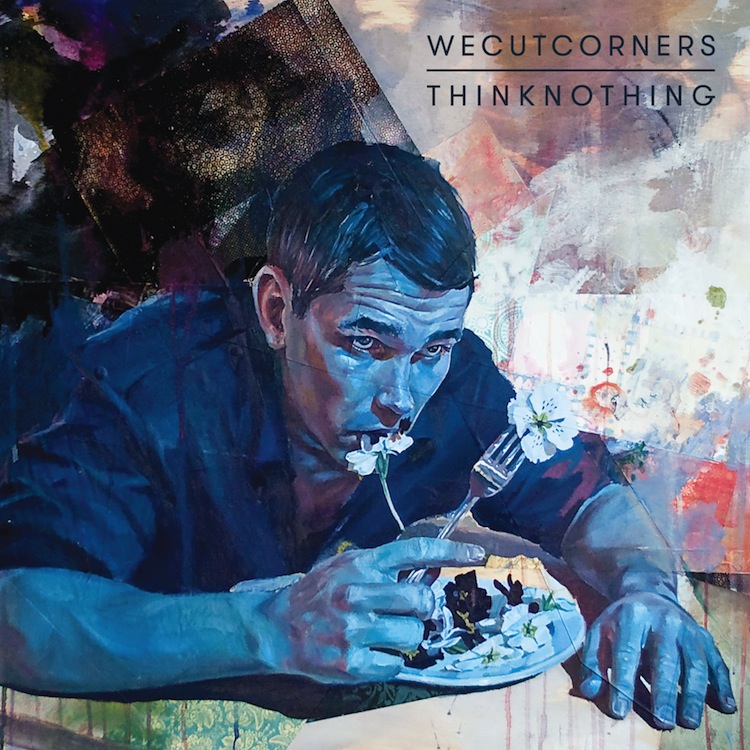 
The first album from John Duignan and drummer Conall O’Breachain as We Cut Corners clocked in at 27 minutes but packed in more passion, melody and meaning than most manage at twice that length. That brevity is one of the band’s greatest assets, the delivery of short, sharp gut punching tracks that bow to the three-minute rule has become a trademark.

The band’s second album Think Nothing, recorded in Donegal with Villagers’ producer/guitarist Tommy McLaughlin is no different in that regard. Two years in the making no less but running at just 34 seconds extra, it wastes little of that duration.  We Cut Corners are not a band made for indulgences. The economy of the songs is particularly impressive this time around, as there’s an extra string to their bow (literally) with the addition of string arrangements by composer John Buckley on three of the album’s 10 tracks.

Those strings which were recorded in Rathgar Methodist Church,  add extra dimension to the band’s curt style: ‘Maybe In The Future’ unfurls with majesty from an acoustic song with Conall singing pointedly in a Jeff Buckley-esque voice for example, while the rich orchestration of closing track ‘Hunger’ (watch the Kendy Ty video premiere below) provides some extra weight to proceedings.

Elsewhere, the band’s blustery indie-rock style with deep catchy melodies is evident on ‘This Is Then’, the beautifully brittle low-high dynamic of ‘Every Thief’, first single ‘YKK’ and the belligerent ‘Best Friend’.

Tying it all together are the effective lyrics: “sitting around in your depressing gown” or on tall opener ‘Wallflowers’,   – “you’re not that gifted, you’re just beautifully giftwrapped”on ‘Maybe In The Future’ or  “Every thief needs an alibi, I’ll be yours, will you be mine? on ‘Every Thief’ and  other interesting lyrical observations which become central to the album’s listening appeal, so I won’t spoil it for you too much.

Listen to Think Nothing on Spotify:

Buy the album on LP, CD, digital from Delphi.

Listen to UNKNWN remix Justin Timberlake’s ‘Cry Me A River’