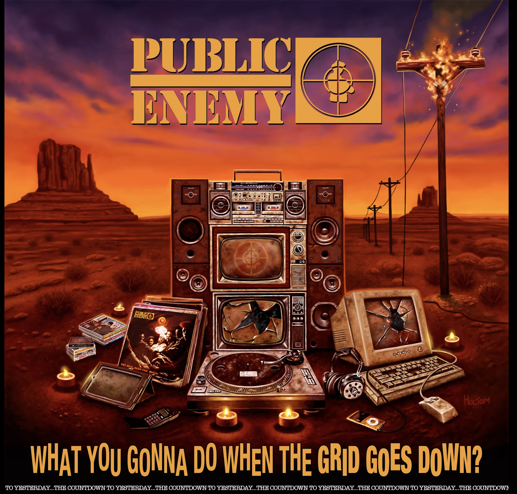 
With 2020 a year of racial and political unrest, you would have expected Public Enemy, to be among the main agitators speaking up and out on behalf of minorities and against Trump.

Instead, PE used a Bernie Sanders rally as a supposed form of a hoax involving Chuck D and Flava Flav splitting from the group to promote an upcoming album. It was odd, ill-advised and the less said about it the better frankly.

Thankfully, Public Enemy are actually getting back to releasing that album now.

What You Gonna Do When The Grid Goes Down? will be released on September 25th via Def Jam Recordings and it looks like an old-school PE tracklist with appearances from George Clinton, DJ Premiere, Ice-T, Nas, Black Thought and Run-DMC and the remaining members of Beastie Boys – Ad-Rock and Mike D on the same track.

There are two songs out so far to hear, the updated ‘Fight The Power: Remix 2020’ with Nas, Rapsody, Black Thought, Jahi, YG and Questlove which debuted at the BET Awards this summer and ‘State of the Union (STFU)’: